Is Roland Walker becoming a "Prophet" of destruction? Ghanaians react after sharing this story

By Ghana'sthirdeye (self media writer) | 7 months ago 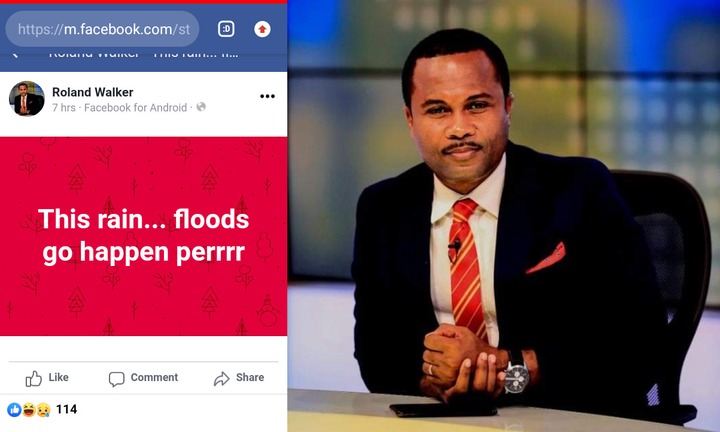 As Meteorologists and Climate Change Experts are continuously updating up each year, at every point in time, regarding the intensity and severity of the Ghana's rainfall patterns, people in the Media Arena are also doing their possible best to ensure that every person gets informed.

For instance, the Ghana Meteorological Agency (GMA) has warned that, during this year's rainy season, there will be more floods in Takoradi, Accra, Tema and Kumasi.

Ghana has over the years experienced different forms of challenges during the rainy season. Amidst warnings from Environmentalists and Development Planners to put up structures in convenient and recommended sites, we continue to violate these laws and do whatever we like; whether good or bad - so far as it fulfils our selfish interest, we do not care even if it will cause destructions to others.

While elsewhere, rainy season is a period of joy, fulfilment and profitability, Ghana always becomes very worried each time we are in these times because of how poor our environment has been designed in general.

Normally, we thought at least the "rich" or the "elite" in urban or peri-urban centres will be wiser and knowledgeable enough to comply strictly with the rules and regulations regarding construction of structures in appropriate places, but they are rather the ones causing major problems in our society.

Aside these people, contractors who have been given the mandate to construct bridges at recommended sites do so in a very shoddy manner. Just look at the kind of bridge that was put up in Kumasi, Kejetia market, which has eventually claimed the lives of innocent people, after a downpour few days ago.

Below are the photos of the bridge stated above: 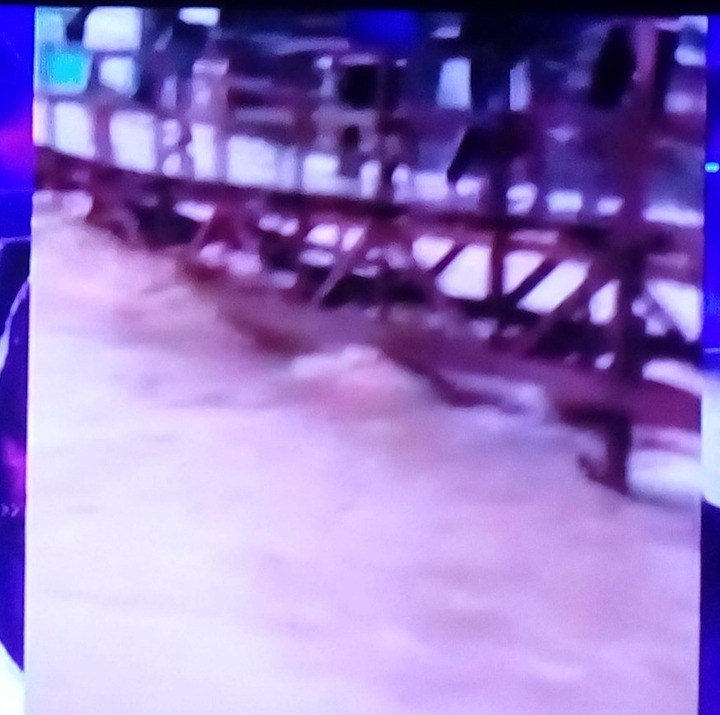 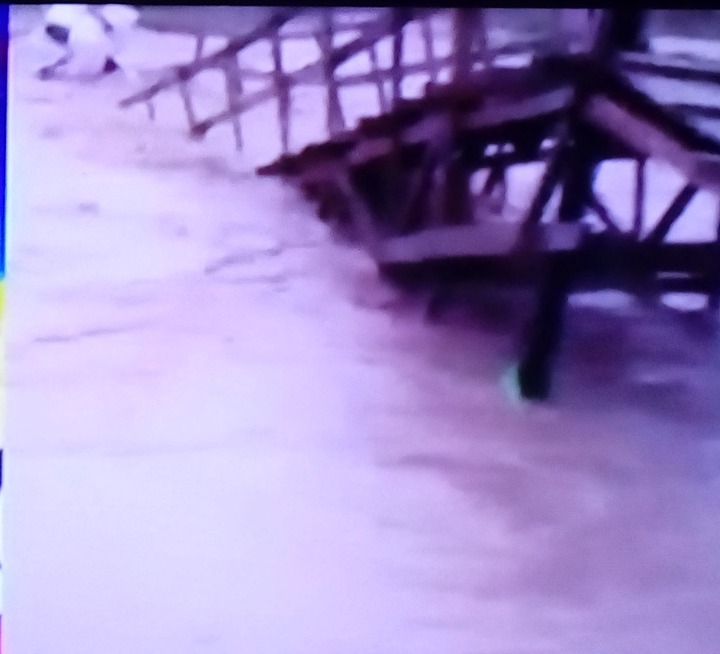 Meanwhile, the Ashanti Regional NADMO team has reported that at least four people have died in this year's flooding incident in the region, with at least 6 people seriously injured after collapse of some buildings. Reliable sources indicate that over 200 people have been displaced following the floods.

On Saturday, June, 26, 2021, almost every part of the country was hit by heavy rains. This then confirms what the Ghana Meteorological Agency predicted earlier this year, "that there would be massive rainfall in June and July".

Following the flooding incidents that particularly occurred in Kumasi and claimed the lives of some people, Roland Walker predicted on his Facebook page yesterday (June 26, 2021), that there was going to be floods in the country. 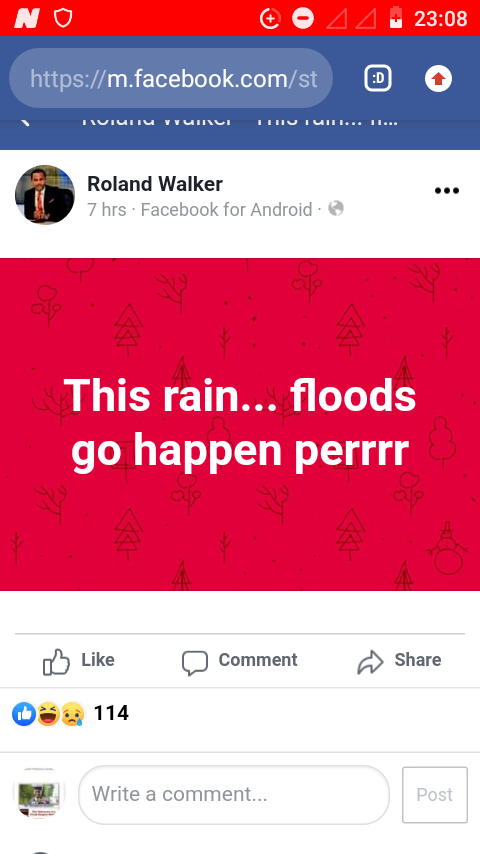 His prediction coincided with the yesterday's "five-hour non-stop heavy rains" that occurred particularly in the Greater-Accra Region of Ghana (Accra specifically).

Though his declaration sounds destructive, it is obvious that it was certainly going to happen due to the poor drainage system records we have as a country.

After sharing this story on Facebook, a lot of Ghanaians have reacted, and some have even confirmed his "prophetic declaration", that indeed, they are experiencing flooding incidents in their communities. 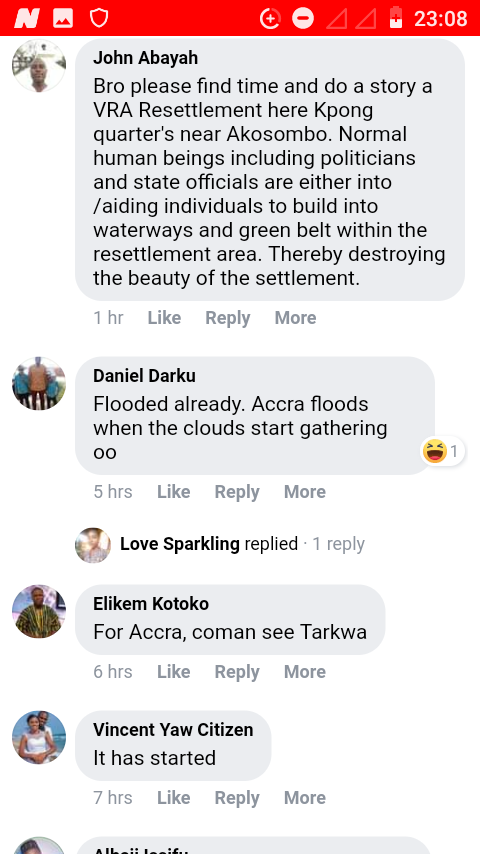 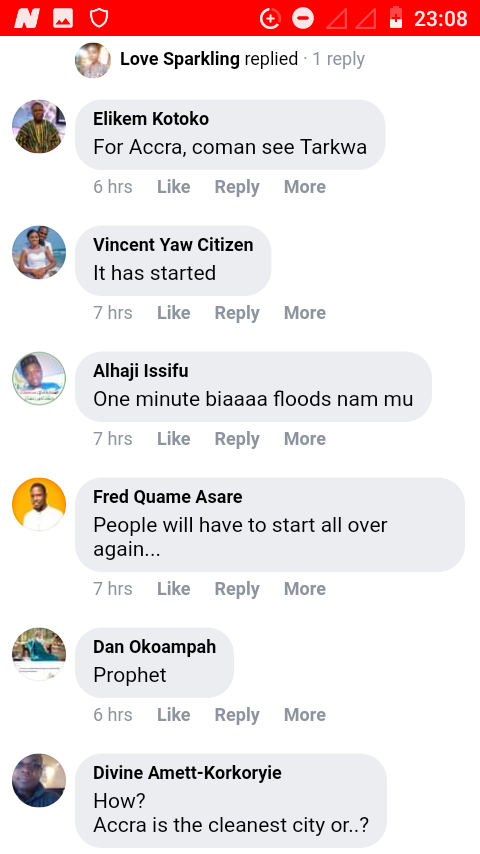 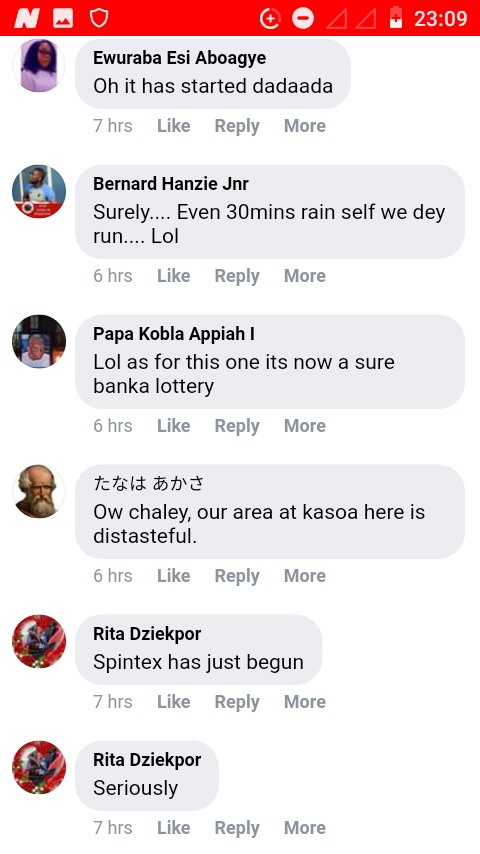 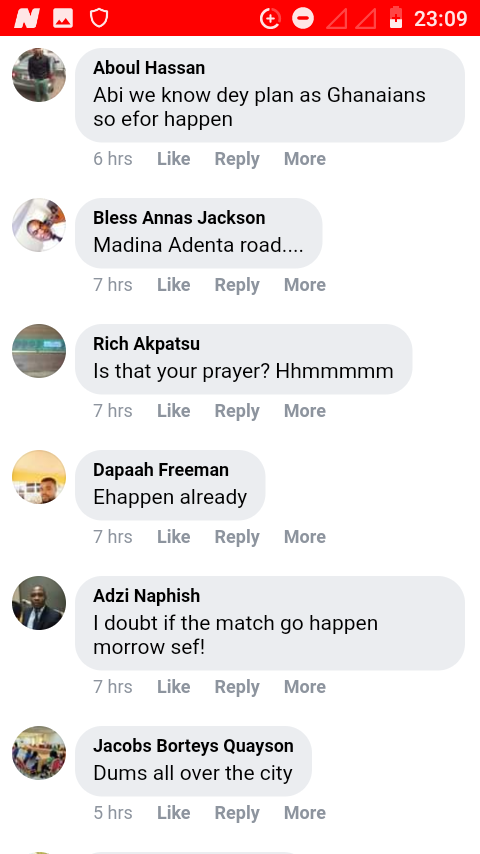 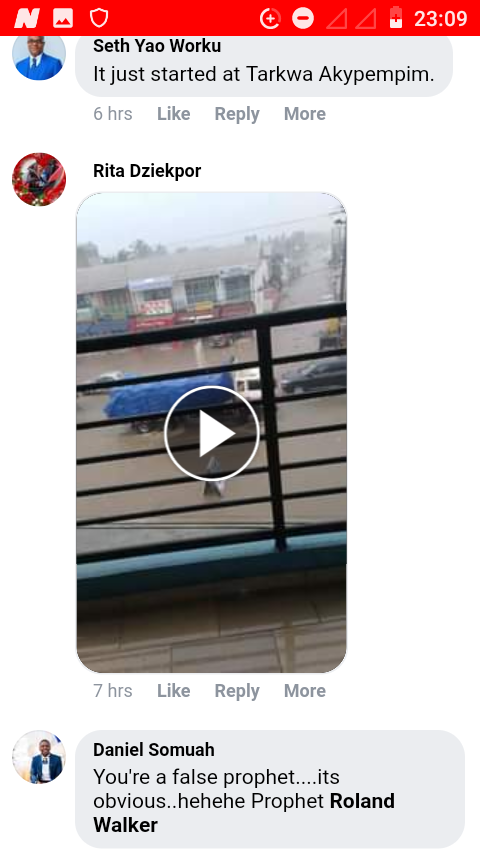