A Trotro mate has incurred the wrath of the residents of Wamfie in the Dormaa East District of the Bono region.

This was after Paa Yaw was caught red-handed having sexual intercourse with a domestic animal, specifically a goat.

The reason behind the abominable act perpetuated by the suspect is yet to be identified.

The chief and elders of the Wamfie community are yet to perform some traditional rites to cleanse the community.

Reporting the incident on Ezra TV/FM's Ayehu program, a local journalist told the host of the program,Adwoa Pokua Acheampong, that the act by the trotro mate has caused a divided attention among the residents of the Wamfie community, with some suspecting the accused of committing the abominable act based on a ritual direction. 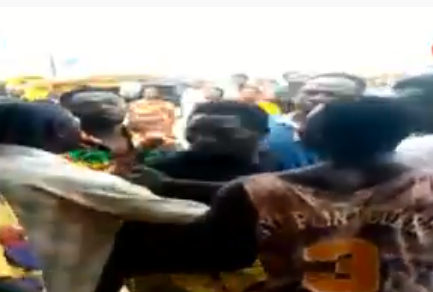 The journalist said the accused, popularly known in the Wamfie community, went into a goat den in the middle of the night and had sexual intercourse with one of the goats.

According to him, sensing an unusual noise emanating from the den, the owner of the domestic animal went to ascertain the rationale behind the noise.

To his surprise, the journalist said, the owner discovered the trotro mate having sex with one of the female animals in the den.

He added that the accused fled the scene after sensing danger, but fortunately the owner was able to identify the accused before he fled, and with the support from some of the residents of the community, the accused was nabbed.

According to the report, Paa Yaw received a little beating from the mob.

Initially, the journalist said, the residents decided to send him to the police, but the latter rescinded the decision and presented it to the chief and elders of the community the following day.

The elders are yet to determine the fate of the accused.

Kindly follow me for more of the latest news updates.

WATCH THE ATTACHED VIDEO BELOW

Why most men take this blue pill secretly

Galamsay Fight: Akufo-Addo Can’t Be Trusted – Former Ambassador To US

Sexy Queen; Reactions As Actress Regina Daniels Shares Some Lovely Photos Of Herself On Instagram