A world of wonder in a small flying animal

Now we wish to leave the territory of our bodies and search for other signs of miracles in the wonderful creatures in our world. If we gaze into the dark sky at night, we might be able to see a flying creature courageously searching the sky for its prey. This creature is aat that exhibits very strange behaviourss, especially its flight during the dark and gloomy night. The bat's swift movement in the dark without striking any obstacle is wonderful indeed. 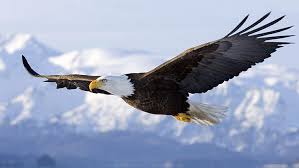 The more we study this creature, the more the mysteries of this animal become apparent. This animal flies in the dark sky with the same speed and courage as a pigeon in the daylight. If the bat knew it would collide with any obstacle, it would be more cautious, however, it has an apparatus that informs it of any imminent danger. If a bat is left in a dark, winding tunnel, the walls of which are covered with soot, it would pass through the tunnel walls without having its wings blackened.

A bat has a built-in apparatus like radar which helps it to find its way during the night. Now let us think a little about this radar system to see how the bat makes use of it. One of the subjects of physics is ultra-sound waves. These waves have frequencies that are inaudible to the human ear. For this reason,, they are called ultrasound waves, for they are beyond the range of sound audible to the human ear. 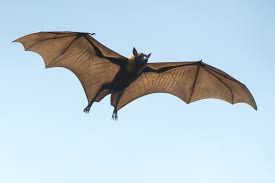 When these waves are emitted from a strong transmitter, they travel in a straight line, but when they strike an obstacle such as an enemy aeroplanee or other obstacle, they reflect like a ball that bounces back if it strikes a wall. The time it takes for a beam of sound to strike an obstacle and then bounce back could be measured accurately.

Most military and commercial planes and ships use radar systems to identify the position of other planes and ships in the vicinity. Scientists tell us there is an apparatus like a radar system built in the body of a bat. The presence of such a system could be shown by the following experiment. Let a bat fly in a room, then let a microphone change the ultra-sound waves into audible tones. 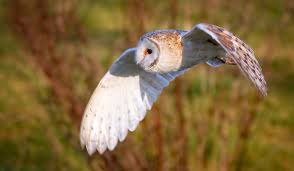 Under these circumstances, the bat would emit ultrasound waves with frequencies between 30 and 60 hertz. Now we would like to know which of the bat's organs are responsible for the creation of such waves. Wonder in a Small Flying Animal 559 Scientists inform us that these waves are produced by the strong muscles of the bat's larynx and are sent out through its nostrils.

Its rather large ears are the receivers for the incoming waves. Thus, a bat owes its nocturnal excursions to its large cars. A Russian scientist called Julian has shown in some experiments that if the bat's ears are removed, it could never fly without hitting obstacles. But if its eyes are removed, it could still skillfully move around. Thus, a bat "sees" with its ears, not with its eyes. This is strange indeed. 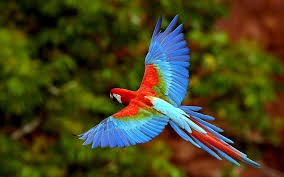 Now reflect on this question for a moment: who has installed this delicate apparatus inside this tiny animal? Who has taught the animal how to use this apparatus? Could unconscious nature accomplish such a feat? Imam Ali (s), talking about the creation of bats in Nahj al-Balaghah says: “Never does the bat stop flying due to extreme darkness. Noble and immaculate is the God Who has created everything without previous models.”