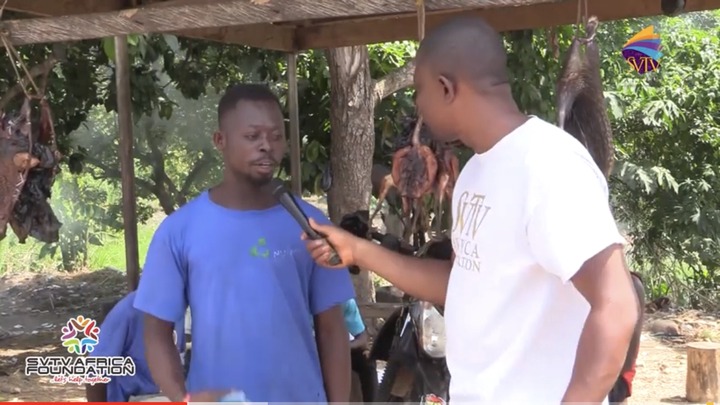 Bushmeat seller, mostly known as Charles Taylor has indicated that he has been arrested on several occasions for selling slaughtered bush animals.

In a chat with SVTV Africa’s DJ Nyaami, Charles stated that the forestry commission has instructed them not to hunt antelope in the third and fourth quarter of the year.

He added that due to this, most of the sellers are arrested and put in cells until released on bail.

”The forestry commission told us not to hunt from August to November because the antelopes only give birth once or twice a year unlike grasscutter,” he said.

Charles further explained that when the hunters bring the game, they are unable to reject it because that is their job.

”When the hunters call us to come to buy them, we can't reject it because it is their source of livelihood. I have been arrested severally but I was released on bail after a few days,” he revealed.