Did you know: The only dog to have just four toes on the front paws is found in Africa.

The African Wild Dog is the only dog to have just four toes on the front paws. It lacks the ‘dewclaw’ – a raised fifth digit found in other species. The scientific name of the African wild dog is "lycaon pictus", a latin term meaning "painted wolf." 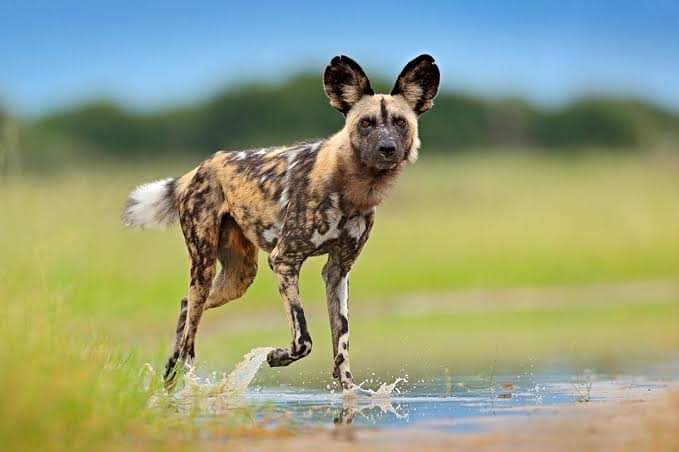 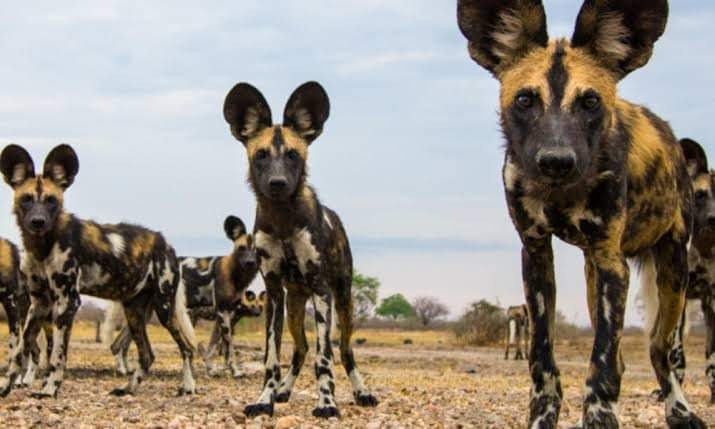 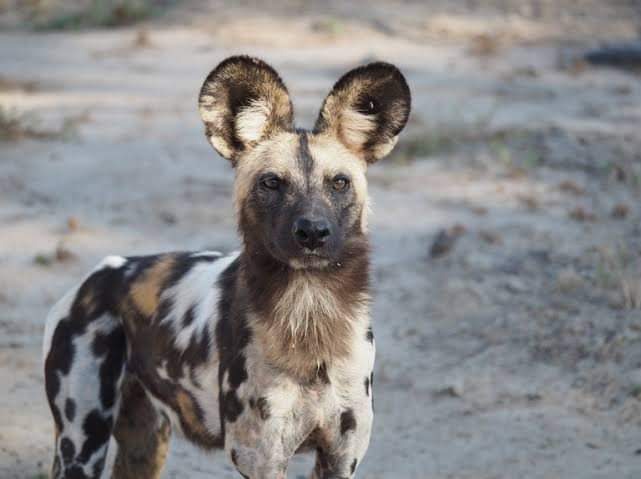 The African wild dog (Lycaon pictus) is a canine which is a native species to sub-Saharan Africa. It is the largest wild canine in Africa, and the only extant member of the genus Lycaon, which is distinguished from Canis by dentition highly specialised for a hypercarnivorous diet, and a lack of dewclaws. It is estimated that about 6,600 adults including 1,400 mature individuals live in 39 subpopulations that are all threatened by habitat fragmentation, human persecution and outbreaks of diseases. As the largest subpopulation probably consists of less than 250 individuals, the African wild dog is listed as endangered on the IUCN Red List since 1990.

The African wild dog is a highly social animal, living in packs with separate dominance hierarchies for males and females. Uniquely among social carnivores, the females rather than the males disperse from the natal pack once sexually mature. The young are allowed to feed first on carcasses. The species is a specialised diurnal hunter of antelopes, which it catches by chasing them to exhaustion. Like other canids, the African wild dog regurgitates food for its young, but this action is also extended to adults, to the point of being central to their social life. Its natural enemies are lions and hyenas: the former will kill the canids where possible whilst hyenas are frequent kleptoparasites.

Although not as prominent in African folklore or culture as other African carnivores, it has been respected in several hunter-gatherer societies, particularly those of the predynastic Egyptians and the San people.

Men: If You Release Sperms Few Minutes During Intimacy, Try These To Extend The Time