By Noble_Eugene (self media writer) | 24 days ago

Have you ever wondered how animals settle feuds? Usually, animals fight for dominance as a way of settling a feud. But this is not the case for these creatures I will be talking about in this article. Bonobos are not chimpanzees, they are a different species of apes. Apart from humans, they are the only creatures that make love for fun, not just for procreation. And this brings these creatures closer to us than any other mammal. They have been dubbed as the “Sexy Beasts.” 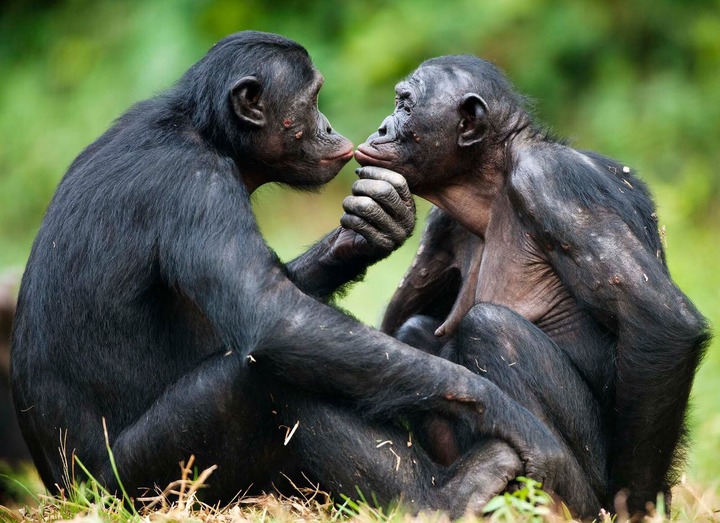 Bonobos are the only non-human creatures to have been observed engaging in tongue kissing. Bonobos and humans are the only primates to typically engage in face-to-face genital sex. Bonobos do not form permanent monogamous sexual relationships with individual partners. They also do not seem to discriminate in their sexual behavior by gender or age, with the possible exception of abstaining from sexual activity between mothers and their adult sons. Bonobos engage group sex, gay sex, and oral sex. When they come upon a new food source or feeding ground, the increased excitement will usually lead to communal sexual activity, presumably decreasing tension and encouraging peaceful feeding. 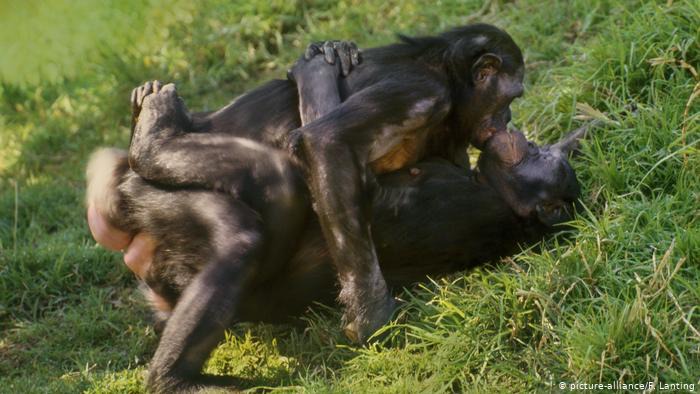 Bonobos are always seen so peaceful and they can often be seen quietly grooming one another. Surprisingly, bonobos societies are run by females. More often than the males, female bonobos engage in mutual genital-rubbing behavior and oral sex, possibly to bond socially with each other, thus forming a female nucleus of bonobo society. The bonding among females enables them to dominate most of the males. 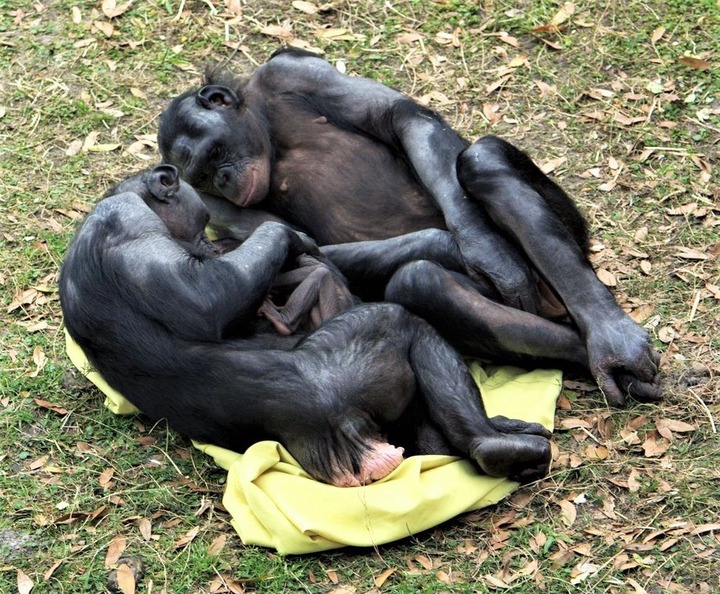 In recent times, however, the incredible creatures are critically endangered. They have the bad luck of existing only in one country (Congo), the impoverished, lawless and war-ravaged zone in Congo, where poachers are hunting them for food.