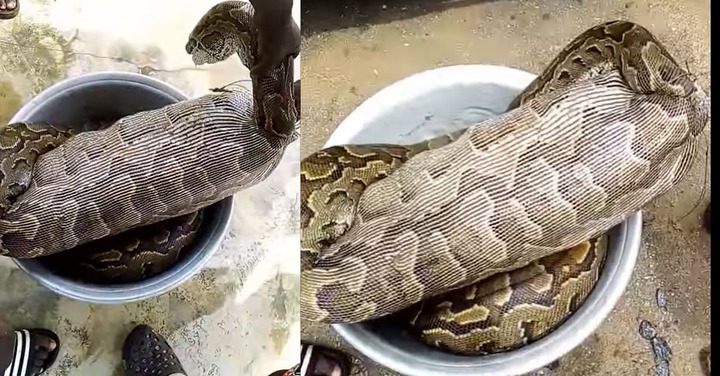 Snakes have for a long time been considered dangerous animals and their presence scare most humans. Mostly, humans consider them as poisonous and whenever they come across them, there is a tendency to kill them. The main reason is that some persons have unfortunately died out of snake bites. The unlucky ones are unable to survive after a bite from poisonous snakes.

One of the dangerous types of snakes is pythons, they are able to swallow other large animals and sometimes humans when they feel hungry. It is very unusual to come across pythons at homes but sometimes they come around as a result of hunger.

Residents of Esiama in the Western Region of Ghana are living in fear after one of such huge snakes stormed their homes. The residents woke up in the morning and realized the sheep in their pen had unfortunately vanished for no reason. The situation raised suspicions and that got them to begin searching. Initially, they thought it was thieves who have stolen them until they saw a huge python lying helplessly. 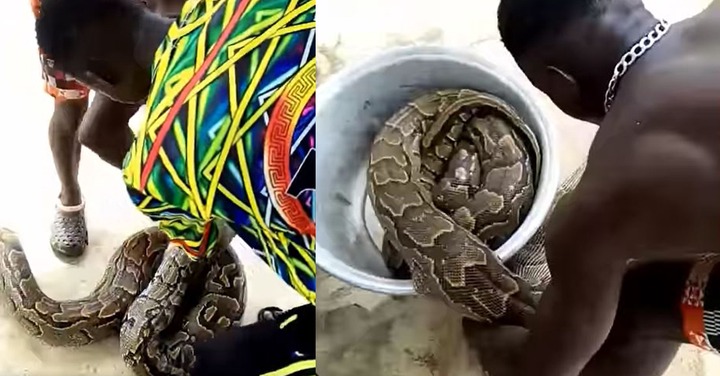 It had swallowed sheep and needed time for the remains to settle before it can move. The residents bounced on the python and from pictures that have since been shared, it could be seen dead. It is unknown what the residents are planning to do with the python but Papa Enimah, one of the young guys indicates that it is good meat. The simple meaning is that they are going to prepare the python and eat it. 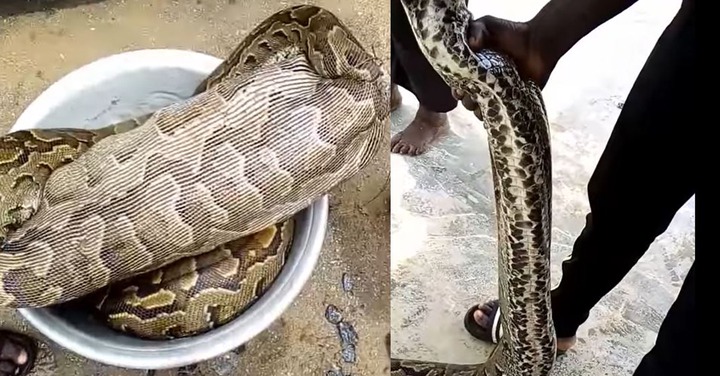 The wildlife division of the Forestry Commission has advised residents who come across such species in their homes to inform the appropriate authorities instead of killing them. People who live close to rivers and forests are prone to seeing these species of pythons, especially in the rain season. Since they are dangerous, residents must be careful to avoid being attacked or getting their homes invaded by pythons.