Why Voltarians are called #9

By JerryJoseph (self media writer) | 10 months ago 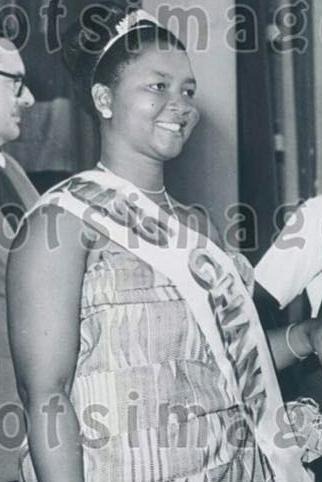 Monica Amekoafia, the winner of the first edition of the Miss Ghana contest in 1957 while representing the Trans-Volta Togoland was contestant Number 9.

It was from her number that people from the Volta Region are called Number 9. 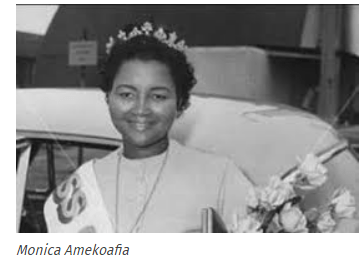 Miss Amekoafia was born on 30th June 1934 to Augustus Amekoafia and Anastasia Apau in a town of Alavanyo in today’s Volta Region.

During the countdown to the attainment of independence, Miss Amekoafia was invited by the queen of Alavanyo to represent her town in an upcoming search for the most beautiful girl in Ghana (The Miss Ghana Beauty Pageant).

Her initial reaction was to say no to the frightening test of mounting the stage in front of a big audience, but she chose to be patriotic accordingly.

The Miss Ghana Beauty Pageant was started by the first President of Ghana, Osagyefo Dr Kwame Nkrumah in 1957 as an initiative to offer the ‘Independent’ Ghanaian woman a platform to positively impact society.

It is the biggest and oldest national beauty pageant in Ghana with Miss Amekoafia becoming the first-ever Miss Ghana.

Miss Amekoafia duly participated in the district and regional event, which she won.

Reluctantly, she found herself on the stage at the Accra Community Centre where she vied for the coveted title of Miss Ghana with representatives from the Western Province, Eastern Province, Ashanti and Northern Territories.

To her surprise, the judges and the entire audience considered her, a young girl from Alavanyo the most beautiful of the five.

Thus, it was that on 4th March 1957, a 22-year-old Miss Amekoafia from Alavanyo won the first edition of the Miss Ghana Beauty Pageant.

She was contestant Number 9. It was from her number that people from the Volta Region are called Number 9.

At the time, the star prize was a visit to London to meet the Mayor. The same March, she arrived in London, paid a few courtesy calls.

She had beauty treatment for the first time in her life at the studios of Max Factor and paid endless visits to clothing and textiles shops.

Perhaps the most important thing that happened to her in 1957 apart from being crowned was the endless list of suitors thrown her way.

Miss Amekoafia turned everybody down until she met the one person, she could not forget nor refuse; a Ghanaian diplomat sojourning in London, Henry Kofi Marrah.

They married that November in London. 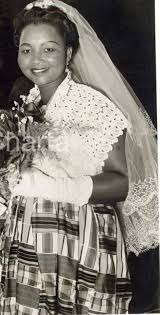 They had two daughters and two sons. Following the coup d etat that overthrew Dr Nkrumah in February 1966, she returned to Ghana to settle with her family.

They led a happy quite family life until September 1985 when Miss Amekoafia lost her husband and soul mate of 28 years.

Though her will to live might have been strong, she succumbed to the calls to join her maker on 24th June 1990, six days to her birthday at the age of 56.

Young though it may seem, it is important to realise that she lived a full life. 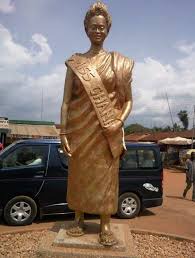 Ultimately a statue of Miss Ghana 1957, Miss Amekoafia of blessed memory, was unveiled at a brief ceremony as part of the country’s Golden Jubilee celebration at Hohoe to immortalize the late Amekoafia as an instrument of inspiration to the present generation, especially the youth.

Content created and supplied by: JerryJoseph (via Opera News )