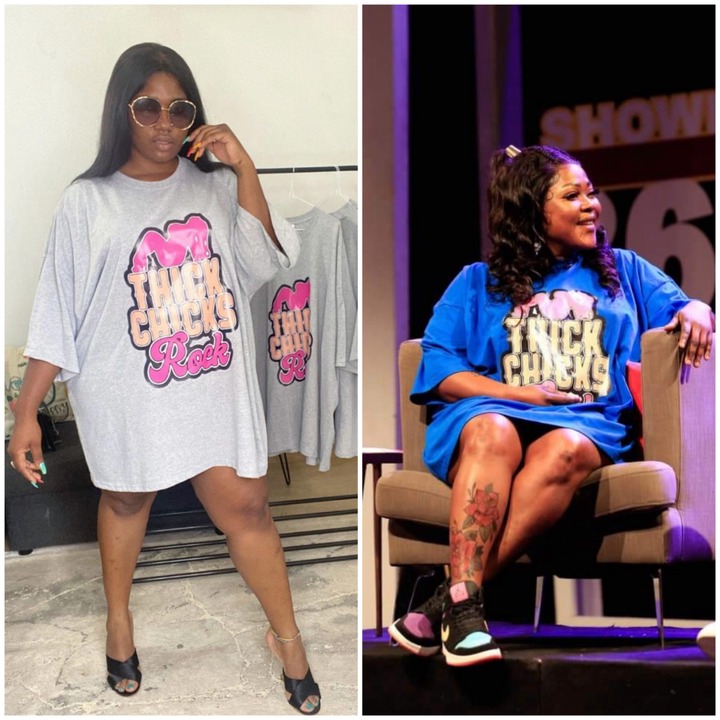 Abena Korkor, who was recently fired from Media General had thrown her support for Mona Gucci in her new role with the media brand.

In what could simply be described to be an endorsement of Mona Gucci's performance in a recent interview she granted to TV3's Showbiz 360, Abena Korkor had pulled a collection of "Thick Girls Rock" shirts as her preferred attire for the rest of the year.

Mona Gucci was in a blue coloured shirt of the same design during the interview in Showbiz 360. Korkor for some reason loved the text "Thick Girls Rock" and thus flooded her Instagram page with photos of herself in the shirt.

Mona Gucci just signed into a six month contract with Media General's Onua TV as a presenter for a show which is yet to be known.

No one could tell of the connection between Abena Korkor and Mona Gucci, especially with this high spirited mood the former has developed after watching the interview.

Mona Gucci is in doubt a natural talent, and one could get on her to succeed in her new role.

Citi FM Staff Members Arrested in Rambo-Style By The Police