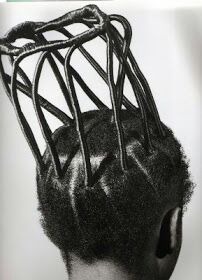 The hair is a very important thing to women and over the years they have been particular about their hair and the trend continues today.   Women cherish their hair and as a result take good care of it for various reasons. Traditionally, hair signified a lot. The type of hairstyle one puts on sends a message. In ancient Africa, not all hairstyles were meant for everyone. There were hairstyles meant for slaves, hairstyles meant for royals and so on. People also attributed hair to a woman’s beauty so hair styling was not taken lightly by most women. Even though the various hairstyles seen lately are not the same as those of the olden times, most current trends of hairstyles are as a result of the evolution of olden styles.

In the olden days, hairstyling used to be the work of trusted friends and relatives. Almost every woman knows how to braid. One does not need the services of a professional to style their hair. Friends styled for friends, parents styled for children and children also styled for parents. People did not allow those they did not trust to style their hair because there were believes that one can use another’s hair for evil purposes. Aside these, styling was easy and there were various styles people used in the olden days including the following: 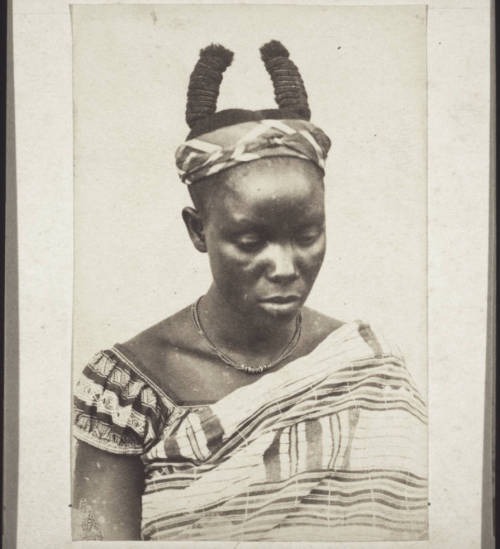 Threaded hair known in Ghana as “Adonko” hairstyle used to be an ancient hairstyle in Ghana. It was styled with a smooth shiny black thread. The thread is wrapped around a parted hair from above the roots to the end. Afterwards they are left standing long or tied in different shapes to form a persons desired style. Apart from “adonko” hairstyle there was also the “ntoku ntoku” hair style. This is mostly styled for people with short hair. The hair is parted and tied into rounded knots using a thread. The thread is tied at the roots of the hair to form a knot looking style. It used to be very popular in the olden days and was used mostly for kids whose hair were yet to grow longer.

Braids were also a trend in the olden days. There were different kinds of braids such as the “Alata” braid among so many others. Afro cannot be left out. Those days there was nothing like permed hair. Natural hair was the trend and people could style their natural hairs into different styles and shapes of large afros. 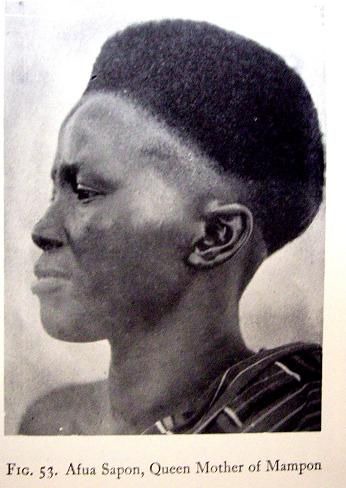 Currently, new styles have evolved from the olden traditional hairstyles and totally new ones have emerged also. Unlike before, hairstyles nowadays are dominated by hair extensions, wigs, weave on and much more. This era is also dominated by “human” hair with trending brands such as brazillian and Indian hairs. Braids and corn rolls are still trending however different styles have emerged over the years. The current styles include French braids, box braids, braided ponytail among others. The hairstyles did not only change but came with different colors of hair to compliment the styles. People now style their hair with different colours other than the commonly known black colour. People use blue, red, pink, brown and many other colours of hairs both for braiding and fixing. 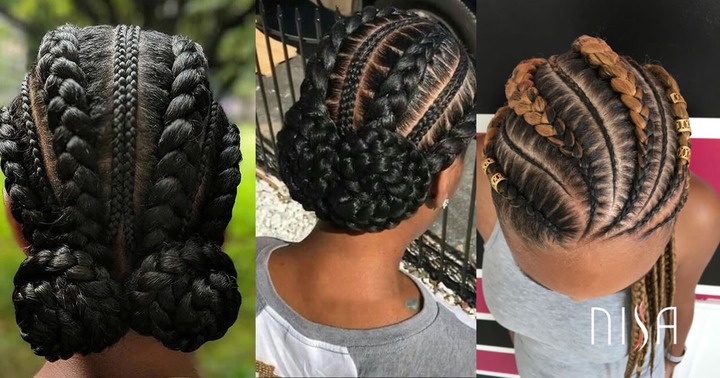 There is very high cost involved in hair styling now compared to the the old times. With the various existing styles, not just anyone can style people’s hair. The services of professional hairstylists are required. Of course no one opens a salon to style hair for free. That comes at a cost. Aside the money to be charged by a hairstylist, there is also the cost of buying wigs and weave-ons which are mostly imported from other countries hence very expensive. Every woman want their hair to look good however, the cost of styling the hair now is considered expensive to some. Unlike the olden times where a woman could boldly walk about and flaunt a naturally braided corn roll, most women lately would like to put  a wig on top of a naturally braided corn roll before they can step out unless the hair is braided with wig.

Hairstyling was therefore a thing that started long ago and is still into practice. Every woman wants to feel good about their hairstyle and to some, it is even a matter of competition.