By DropshipNews (self media writer) | 1 month ago 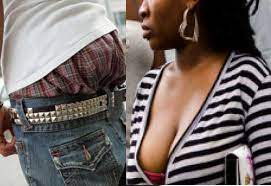 Indecent dressing has become a norm to some of the youth in the country. They wear clothes that expose some parts of the body that need to be covered and clothes that draw out the shapes of their bodies making them look as if their naked bodies have just been painted. Most of our youth deliberately dress up in this way with the mindset of looking more attractive to the world.

The youth of today care no more if certain parts of their bodies like the breast and buttocks are exposed in public. They rather tend to shame their counterparts who dress decently by calling them names like 'osofo maame'  among others. With this behaviour, some of our very religious youths have been lured into dressing indecently in society. Most youth of today think that decent dresses are to be worn to their religious institutions while they are free to dress anyhow in their communities.

However, there are even more stubborn ones who do not care to dress indecently to the temple of God. People say to themselves that, worshipping God comes from their heart and that they should not be judged by their outer appearances. 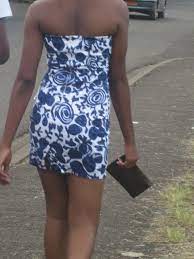 Indecent dressing in the country does not come from only females in the country. Some young men in the country are also seen in society sagging their trousers below their buttocks, exposing their boxer shorts and sometimes parts of their buttocks. There are some who have also cultivated the habit of wearing shorts that are too tight on their bodies, drawing out their genitals.

The habit of indecent dressing among the youth is learned by younger children in our basic schools and for that reason, there are pupils and students in our country who do not wear their school uniforms in the proper way. Some female students will want to sew their school uniforms far above their knees, exposing their thighs. Some of these students also want to alternate their uniforms to become too tight on their bodies. With the male, even in their uniforms, some of them refuse to put on waist belts and tend to sag their shorts below the buttocks.

This has been one of the causes of rape and defilement in the country. With females exposing parts of their body and wearing dresses that are too tight on their bodies, most rape culprits try to defend themselves by complaining about the kind of dresses worn by their victims. Most men complain of being tempted by the kind of dresses worn by their female counterparts. 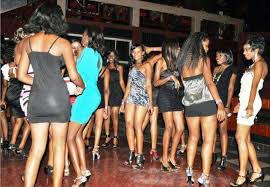 The youth may think that although they might be dressed indecently, they are sound in mind. However some adults in society may classify indecently dressed youth as thieves, prostitutes or even disrespectful people. Indecent dressing could even tarnish the image of an individual and even to some extent, their parents.

To end, the youth in the country should be taught to try their possible best to dress decently in order to preserve our African culture and to help maintain their personal status in society.