By Tuffseed🌱 (self media writer) | 5 months ago 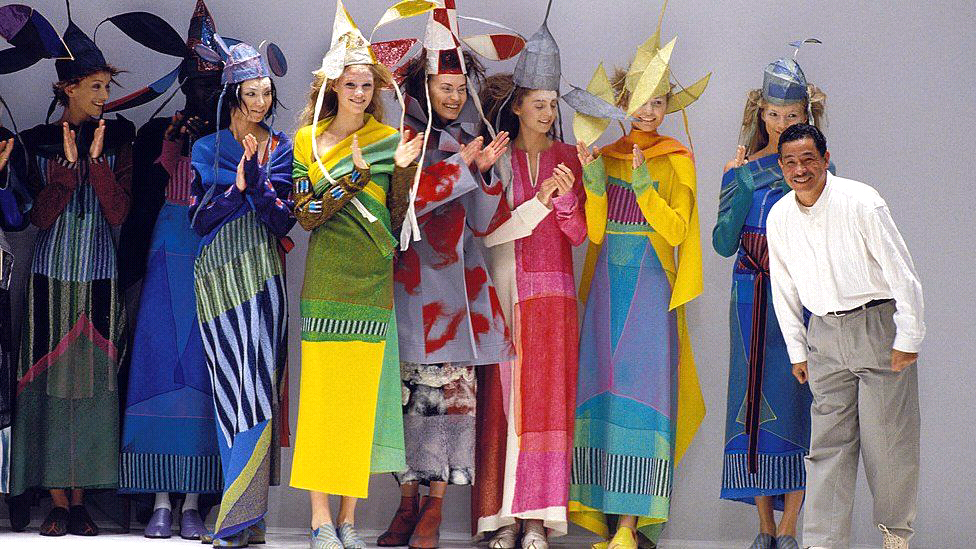 Miyake was known to work with traditional and modern fashion techniques during his long career.

He died of liver cancer on Friday, and a private funeral has already taken place, Japanese media report.

Born in Hiroshima in 1938, Miyake was just seven years old when the city was devastated by an atomic bomb dropped by the United States. His mother died of radiation exposure three years later.

"When I close my eyes, I still see things no one should ever experience," he wrote in a New York Times opinion piece in 2009 - adding that he prefers to think of things "that can be created, not destroyed, and that bring beauty and joy".

Miyake reportedly wanted to be a dancer or athlete when he was young - but that changed after he read his sister's fashion magazines.

He studied graphic design at a Tokyo art university and then moved to Paris in the 1960s, where he worked with lauded fashion designers Guy Laroche and Hubert de Givenchy.

He moved to New York for a short time, before heading back to Tokyo in 1970 to open the Miyake Design Studio.

By the 1980s he was celebrated as one of the world's most pioneering designers as he worked with materials from plastic to metal - and also traditional Japanese material and paper.

Content created and supplied by: Tuffseed🌱 (via Opera News )