By Baruoxide (self meida writer) | 19 days 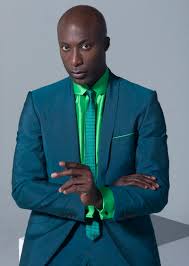 Ghanaian are making names for themselves and for Africa at large. and there are many other Ghanaians that are still in the business of making history for Ghana and Africa. It is very important for us to identify, acknowledge and appreciate their efforts and achievements. Fashion and designing is making waves in Africa and in the world at large.There are many Ghanaians achieving a lot of success in this field locally but here is one of us who is making a lot success in this field in the United Kingdom. Ghana and for that matter Africans are into the importation of clothing's from outside Ghana but one of our own is creating a lot in the United Kingdom.

Oswald Boateng has Ghanaian parents who left Ghana to settle in Muswell Hill, North London.Muswell Hill is a suburban district of north London.He was born in the United Kingdom , on 28th February 1967. His father's suits serve as an inspiration to him whenever he ( the father) wear his suits. In 1973, his mother gave him a suit made from a fabric made from the hair of the Angora goat.The suit given to him by the mother was also another source of inspiration to him. Oswald was eight years when the suit was given to him by his mother.He began sewing lining into suits as a summer job at age fourteen. He enrolled in Southgate college in the year 1983 at age sixteen as a computer science student but later diverted to study fashion and design and graduated in fashion and design.During his school days, he used a sewing machine that belongs to his mother,to make designs and sell to his colleagues. 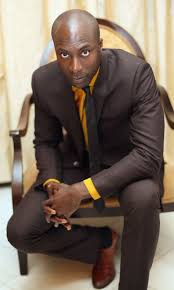 He was contacted by a friend, for design during a show.Ozwald Boateng's design was greatly acknowledged and that was a enormous inspiration for him to sell some of his collections to men's wear shop in Convent Garden.(Convent Garden is a district in London,on the Eastern fringes of the West between St Martin's lane and and Drury lane.) In 1987, he sold some of his designs,that enable him to open his first studio in Portobello road In 1991.( Portobello road is a street in Notting Hill district of the Royal Borough of Kensington and Chelsea I. West London) This road is notable for it's street market where second hand clothes are sold. Oswald was the first tailor to staged a catwalk show in Paris(France) during Paris fashion week. He opened up a boutique under the mentorship of Tommy Nutter to open a boutique in Vigo street.Boateng was honoured with a major 20-year retrospective event at the Victoria and Albert Museum.In 2008, Boateng's new flagship store and headquarters are launched at No. 30 Savile Row, on the corner of Savile Row and Clifford Street. The largest store on this Mayfair street.In 2003, Boateng launched a new gimmick in fragrances for women.

So do not be intimidated by the colour of your skin.There is something great inside of you as an African and a Ghanaian. Identify yourself and shine. There are many other Ghanaian that have done great things both within Africa and outside Africa. Let us be proud of our Identity and explore.