By AnthonyAyertey (self meida writer) | 1 months 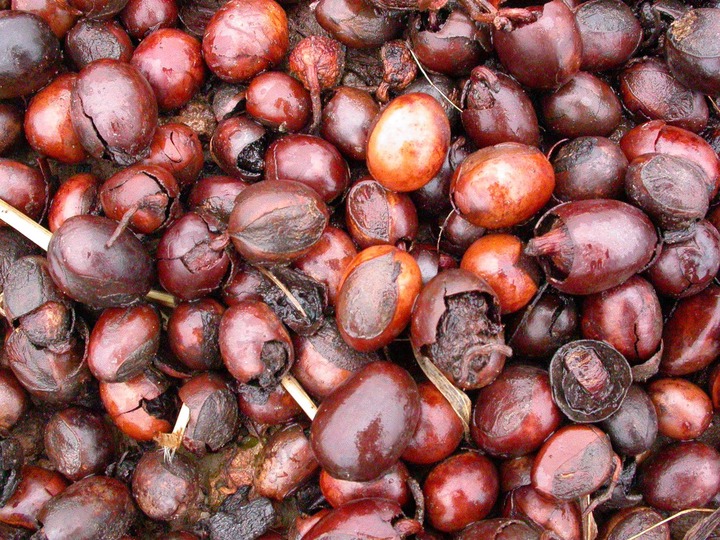 Every Region in Ghana has a particular crop or natural resource linked to its name, climate conditions, geological structure or the people in the area. For instance, the Western Region is well noted for growing cocoa, Ashanti for Gold, then come to the Eastern where we have the Diamonds and the Horticultural produce to show.

But one plant that even though was in existence in the North, but now sprouting and making Agripreneurs rich is the SHEA plant. (Which I passionately call the “Northern Cocoa”)

The small bright green fruit, which contain a large, oil rich kernel, is major business for Northern women who trek into the bush to harvest the fruit, and spend up to a month extracting the butter by hand for prospective buyers for value addition.

Shea butter had been used for long by women as body, face and hair creams for so many medicinal and cosmetic benefits just as the accounts from as early as Cleopatra's Egypt speak of caravans bearing clay jars of valuable shea butter for cosmetic use. The funeral beds of early kings were carved in the wood of shea trees. Shea butter's skin care and healing properties were first harnessed thousands of years ago. The history of shea as a precious commodity can be traced back to Ancient Egypt, where shea butter was and continues to be used to protect the hair and skin in the fierce sun and the hot dry winds of African deserts and savannah.

According to research, Shea butter extract is a complex fat that in addition to many nonsaponifiable components (substances that cannot be fully converted into soap by treatment with alkali) contains the following fatty acids: oleic acid (40-60%), stearic acid (20-50%), linoleic acid (3-11%), palmitic acid (2-9%), linolenic acid (<1%) and arachidic acid (<1%).

Shea butter melts at body temperature. Proponents of its use for skin care maintain that, it absorbs rapidly into the skin, acts as a "refatting" agent, and has good water-binding properties.

Shea butter is mainly used in the cosmetics industry for skin- and hair-related products (lip gloss, skin moisturizer creams and emulsions, and hair conditioners for dry and brittle hair). It is also used by soap makers, typically in small amounts (5-7% of the oils in the recipe), because it has plenty of unsaponifiables, and higher amounts result in softer soaps that have less cleaning abilities. Some artisan soap makers use shea butter in amounts to 25% - with the EU regulating the maximum use around 28%,

Shea butter in the Northern Region is one of the cheapest oils one can get even for commercial production of soap as against the high cost of oils like palm or pomace (olive).

For this reason many business people in the cosmetic industry are investing in the cultivation, value addition and export of shea butter. And this has made the crop a cash cow in the Northern Regions of Ghana and across Africa.

It is an excellent emollient for people who suffer dry skin conditions. No evidence shows it is a cure, but it alleviates the pain associated with tightness and itching.

Shea butter is sometimes used as a base for medicinal ointments. Some of the isolated chemical constituents are reported to have anti-inflammatory, emollient and humectant properties. Shea butter has been used as a sun blocking lotion and has a limited capacity to absorb ultraviolet radiation 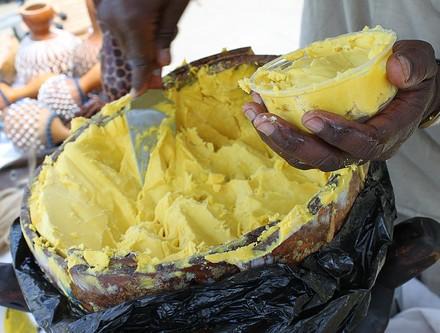 In some African countries such as Benin, Shea butter is used for cooking oil, as a waterproofing wax, for hairdressing, for candle-making, and as an ingredient in medicinal ointments.

It is locally known in Ghana as nkuto (Akan), nku (Ga) and Okunu (Damgbe) and applied as a lotion to protect the skin during the dry Harmattan season.

In Nigeria, Shea butter is used for the management of sinusitis and relief of nasal congestion. It is massaged into joints and other parts of the body where pain occurs.

It is used by makers of traditional African percussion instruments to increase the durability of wood (such as carved djembe shells), dried calabash gourds, and leather tuning straps.

Shea butter can be an ingredient of organic broth.

Even in the UK and other countries, it is incorporated into assorted tissue products, such as toilet paper.

In this regard, several reports by the media and a lot of advocacy on the commodity have created awareness for Shea butter as a job creation venture for a lot of the youth. 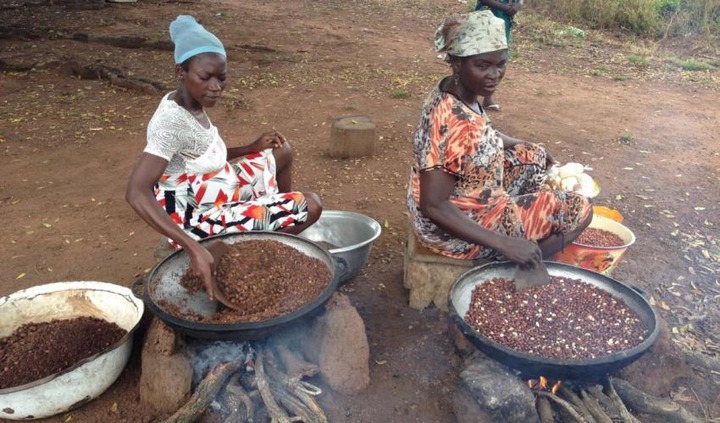 Content created and supplied by: AnthonyAyertey (via Opera News )

5 Main Study Tips For A Successful Exam As A student: You Need To Know

Sweet Memories: Do You Remember The Local Toffee Which Made Our Childhood Sweet?

Throwback: When Efia Odo visited the Chief Imam and donated some items to the Muslim community