By NorbEst (self meida writer) | 9 days 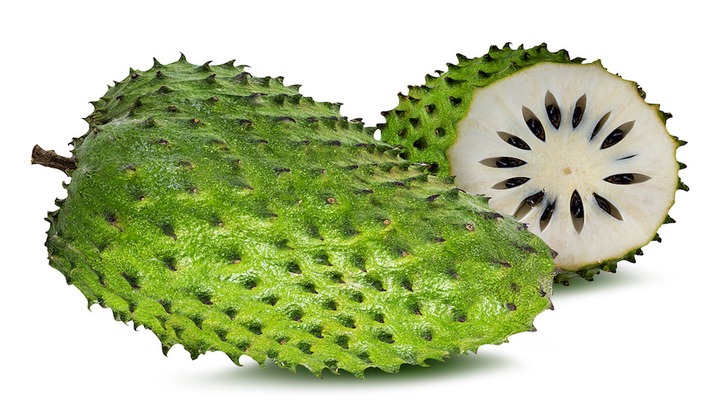 The flavor of the fruit has been described as a combination of strawberries and apple with sour citrus flavor notes, contrasting with an underlying thick creamy texture reminiscent of banana, with an aroma similar to pineapple. Soursop is commonly marketed as a cancer treatment option.

Antioxidants are abundant in soursop. Vitamins C and E, zinc, and beta-carotene, in particular, have been shown to lower the risk of eye disease. Antioxidants also help to prevent oxidative stress, which can cause cataracts and age-related macular degeneration.

Soursop can help with bacterial and parasitic infections, such as leishmaniasis, which is spread by sand flea bites. The soursop tree's leaves are also used to treat a variety of infections.

Soursop extracts have been shown to destroy some forms of breast and liver cancer cells, despite the lack of direct human research.

According to one report, the soursop plant is an effective cancer treatment for the majority of cancer forms. The possibilities are exciting, even though the experiments have not yet been performed on humans.

Another Indian research on different cell lines found that soursop or graviola leaves inhibited cell growth by 80%. Soursop's acetogenins prevent cancer cells from producing harmful compounds. Soursop extract also impaired the survival and metabolism of pancreatic cancer cells, indicating that it could be used to treat the deadly disease.

According to a Nigerian study, soursop leaves are effective in treating respiratory problems such as asthma.

5.      Soursop is effective in the treatment of diabetes.

Soursop has anti-diabetic properties, according to a Nigerian report. The blood glucose concentrations of the two groups of rats studied in the study were significantly different, with the soursop-treated group having lower concentrations than the other.

In diabetes patients, the aqueous extract of soursop leaves was found to inhibit (and even prevent) hepatic oxidative damage.

According to a Korean analysis, soursop consumption can boost immunity. This can be due to the fruit's bioactive compounds. Edema in rat paws was found to be reduced by taking soursop leaf extracts orally, which is normally caused by a weakened immune system. The study concludes that soursop leaf extract has the ability to induce immunity and thus may be used to treat immunocompromised patients. Soursop can also be used to increase the overall quality of one's lifestyle by including it in one's diet.

Soursop extract was found to be healthy in rats being treated for kidney and liver problems in a Malaysian study. Similar findings have been made in humans as well.

Another Indian study found that the acetogenins in soursop would destroy the malignant cells of 12 different cancers, including liver cancer.

Soursop has been used to treat hypertension in folklore. According to a Nigerian report, this is due to the antioxidant capacity of the fruit's phenols.

According to an Indonesian analysis, soursop contains nutrients that can help humans lower their blood pressure.

9.      Greatly helps in the treatment of rheumatism

Internal administration of soursop leaf decoction has been shown to have anti-rheumatic properties in studies. Cooked and applied topically, the leaves have helped with rheumatism and abscesses.

Anthocyanins, tannins, and alkaloids contained in soursop have anti-rheumatic properties.

10.  Enhances the health of your skin and hair

According to a study published in the United States National Library of Medicine, a soursop leaf extract may help prevent skin papilloma, a disease that causes skin tumor eruptions.

Soursop is so healthy for the skin that the plant's leaves are used to soothe the skin of infants. Soursop paste, according to some studies, can help hair by treating dandruff and itching, as well as strengthening it.

Content created and supplied by: NorbEst (via Opera News )