Pictures of some of the famous delicacies in Ghana

By nessavage (self media writer) | 25 days ago

Africa has always been known for the exotic cuisines and dishes of its people. Foreigners travel far and wide not only for a feel of our unique cultures but also to experience the varying dishes we have.

Ghana, a country in West Africa probably holds the title for country with most famous dishes followed by Nigeria, South Africa and the others. 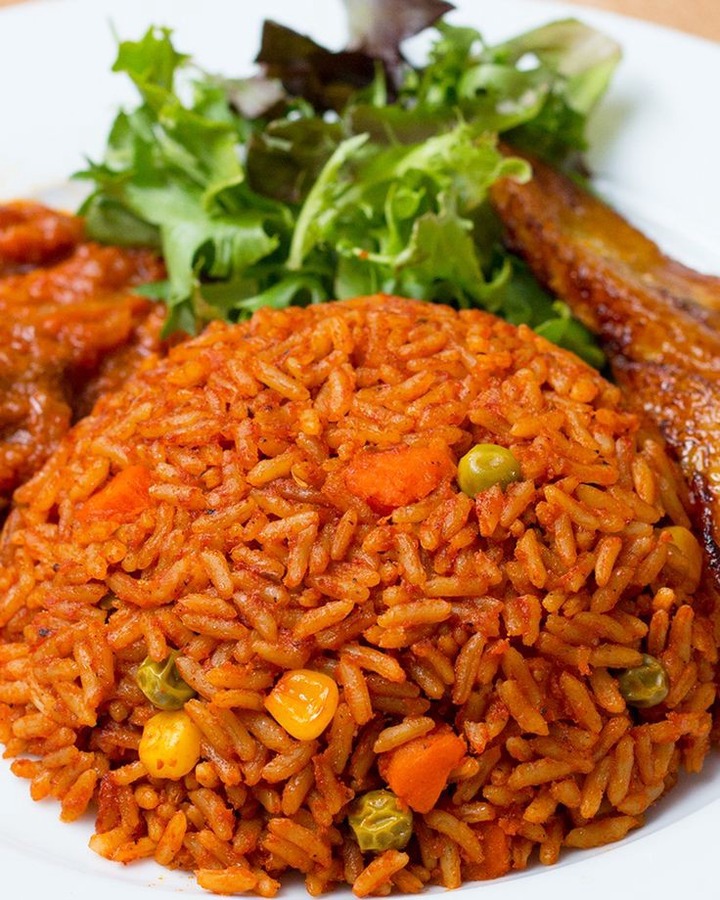 Listen, the power of jollof cannot be disputed, like being able to prepare good jollof is a hallmark of a good wife in Ghana. Even till now the jollof wars between Nigerians, Ghanaians and Sierra Leoneans is still ongoing.

Jollof is basically preparing tomato stew,adding rice and then allowing it to cook to perfection. The main reason people like the dish is because of the smoky taste that it has,and some people even enjoy the slightly charred part more than the dish itself. 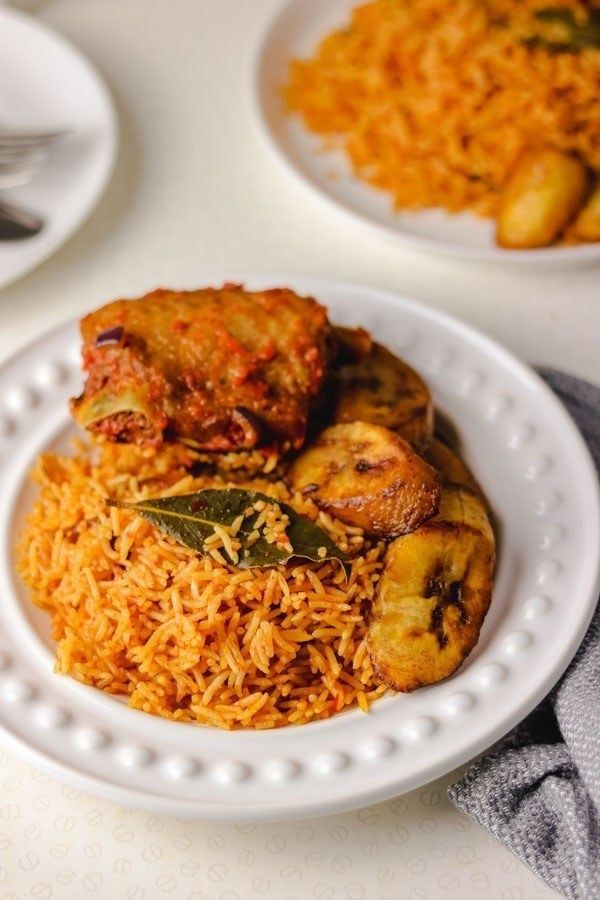 It's usually served with fried chicken, other people prefer boiled egg or some fried plantain. 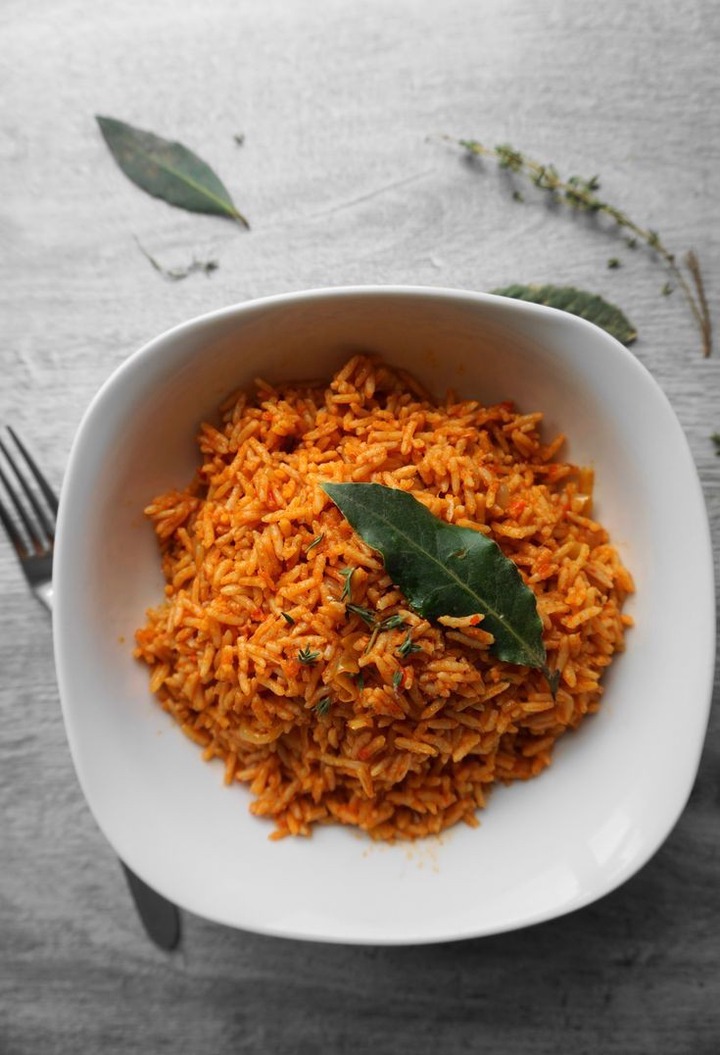 The next mouthwatering meal is none other than waakye,which is basically rice,beans and dried sorghum leaf cooked together. The sorghum leaf gives the rice its reddish appearance, and is mostly taken out before consumption. 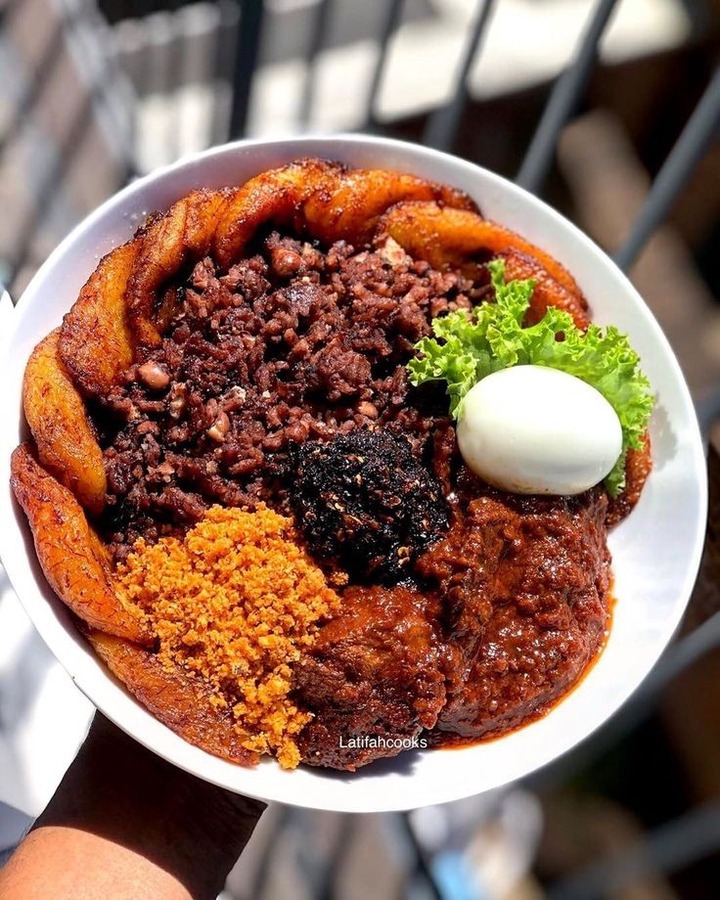 It's mostly served with gari,shito and stew and optional meat ,either eggs,fish or wele.Waakye is mostly eaten as breakfast for most people but it can equally be substituted for lunch or supper. 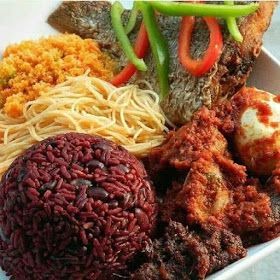 Some believe the more garnished the waakye, the better.

I'm sure it's just 5 percent of Ghanaians that don't genuinely eat fufu ,because it's like our national food. Fufu is made from pounded yam or cassava (but mostly cassava ) after it has been boiled. It's almost always eaten with soup.The soups that can be served with fufu are limitless, but the most famous include light soup, palmnut and groundnut soup. 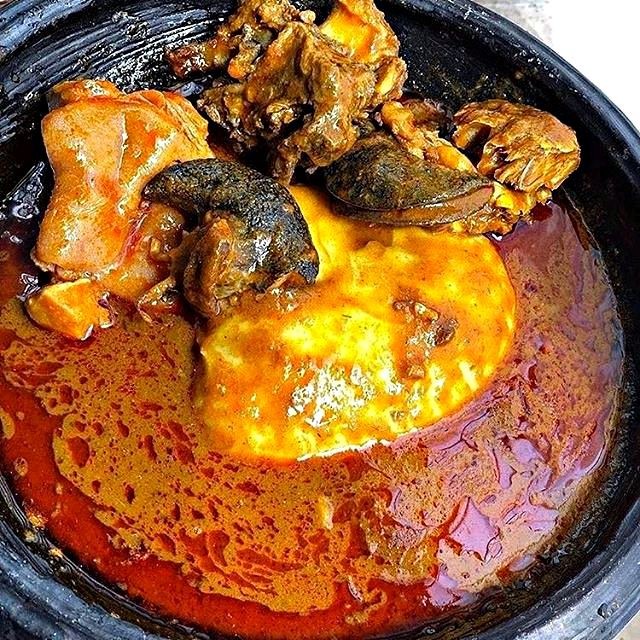 The assortment of meats is also quite fascinating. As someone who doesn't eat fufu,I'm reminded of just how much I'm missing out whenever it's prepared at home. 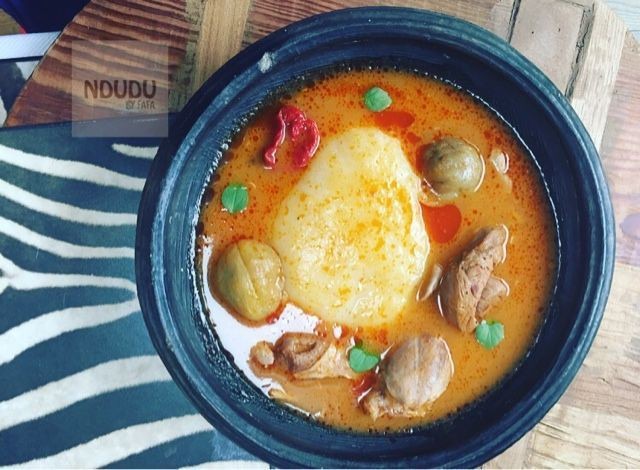 Kenkey is made from fermented dough, which is in turn gotten from milled maize that has been partially cooked. It's usually eaten as breakfast or supper depending on the person. 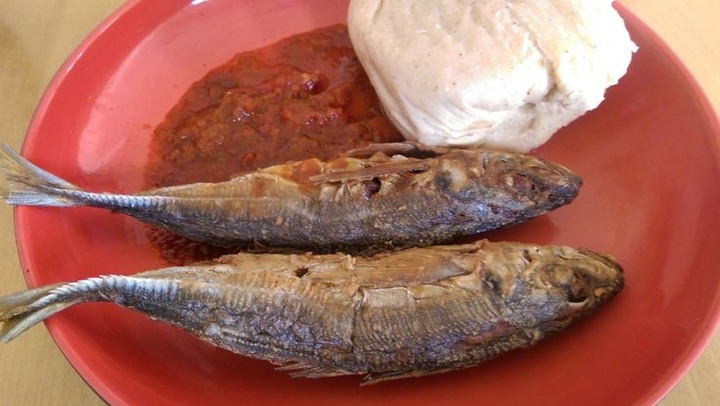 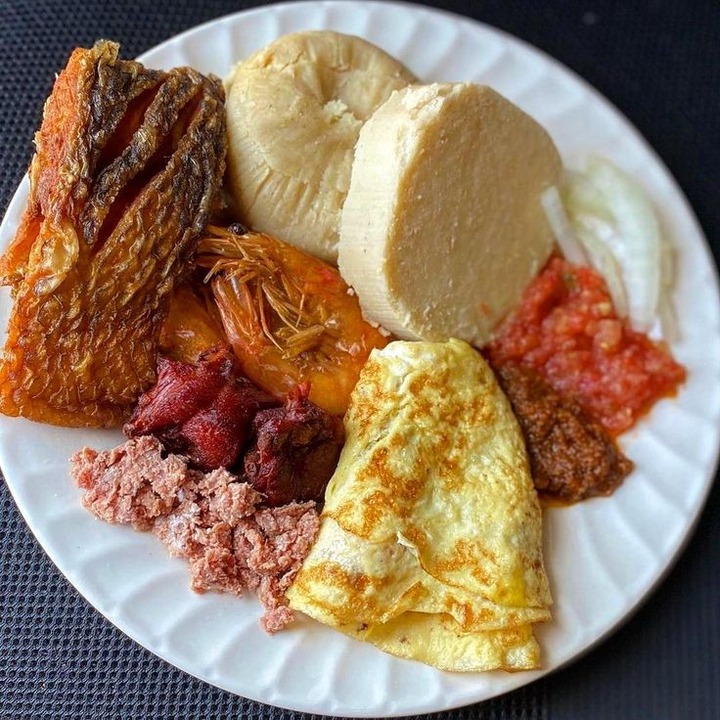 It's usually served with pepper, shito,onions and sardine with the occasional fried egg,but can be garnished to one's taste. 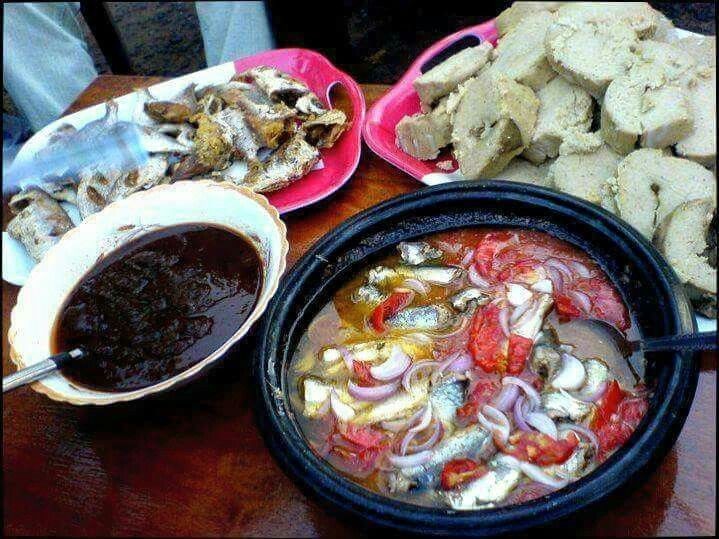 Gari and beans,best known as gone,has to be the most famous of all the foods mentioned, at least in the country. There's not one gobe joint that is empty in the mornings, ie,it's almost always breakfast or lunch. 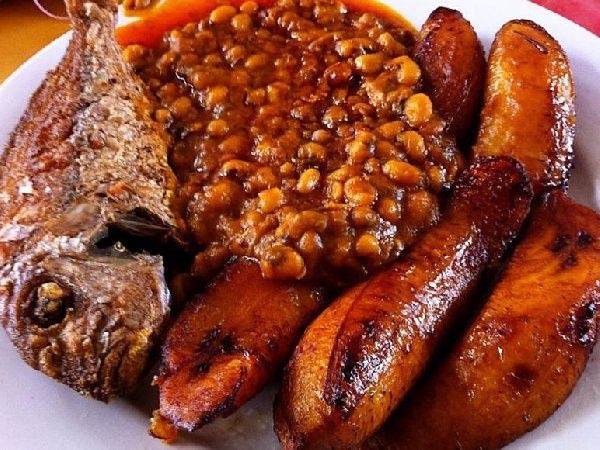 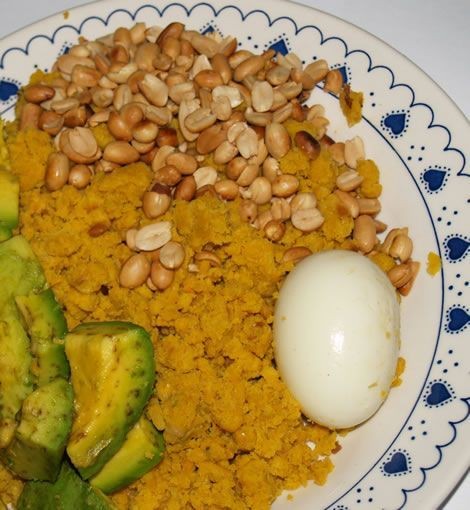 It's also a heavily garnished meal,with people adding fried riped plantain,pear,gari,pepper, egg and even rice at times.It's rare to see a regular Ghanaian who doesn't enjoy this delicacy. 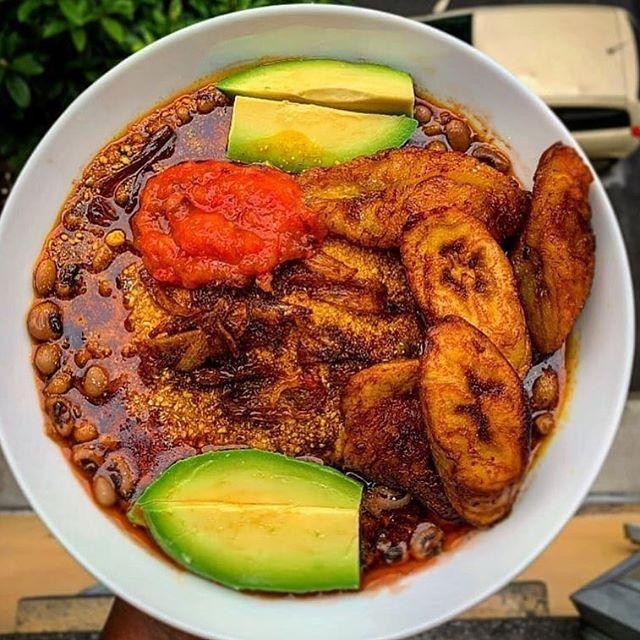 Kelewele is a simple meal of spiced or seasoned riped plantain that is fried.To my knowledge it's mostly served with groundnuts and mostly sold in the evenings. People usually eat it as some kind of dessert. 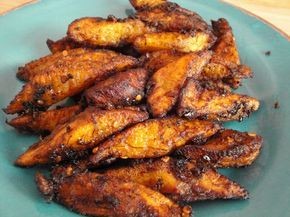 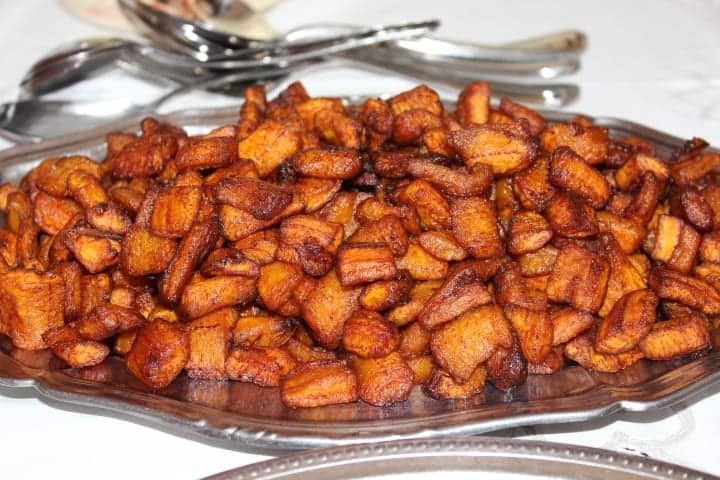 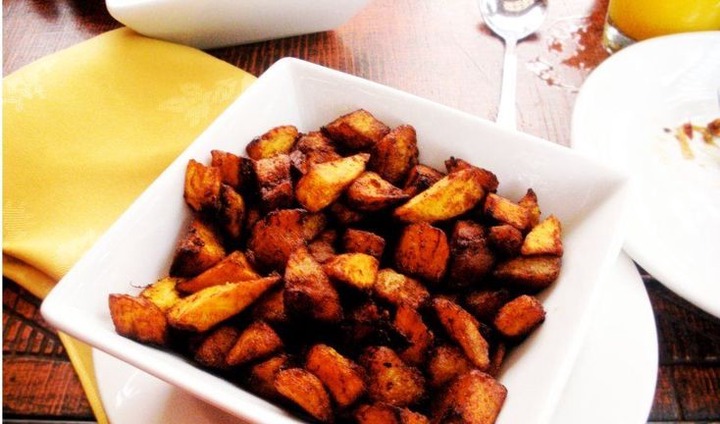 There's obviously other well known foods in the country, I might do another article on that,but for now these are some of the most famous meals in Ghana.

Content created and supplied by: nessavage (via Opera News )