By Lebeneami (self media writer) | 2 months ago 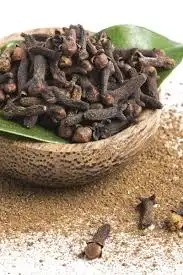 In the previous issue I spoke about cloves in general. In this article we will talk about the major health benefits derived from this spice

As a popular spice used in soups, stews, meats and rice dishes, cloves lends each dish with an aromatic quality. As a herb it has been used in cooking and for traditional medicines for many years but it is only recently that researchers and scientists have begun studying their potential health benefits.

As mentioned in the previous article, cloves were used by ancient people as a way of preventing mouth odor. Currently, researchers are studying clove oil as a natural method for maintaining oral health due to its effect on plaque, gingivitis, and bacteria in the mouth. 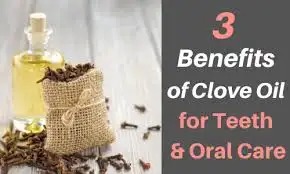 Both mouth rinses were effective against plaque and gingivitis, showing that they may help decrease oral inflammation and bacteria.

The researchers also found that the mouth rinse that contained clove decreased the number of harmful bacteria more than the commercial mouth rinse.

A study in mice found that clove extract and nigericin, a component of clove extract, reduced insulin resistance in mouse muscle cells.

Another animal study looked at the effect of clove bud powder on laboratory markers in a rat model of diabetes. They found that blood sugar level was lower in rats that received the clove powder compared to those in the control group that did not receive the clove powder.

In other words, consuming cloves can help reduce the blood sugar level and reduce the insulin resistance in diabetic patients.

Many herbs and spices are high in antioxidants, which are chemicals that play a part in reducing damage to cells that could lead to cancer. According to Today’s Dietitian, “just 1/2 teaspoon of ground clove is said to contain more antioxidants than 1/2 cup of blueberries.”

The same study also looked at the effect of clove extract on tumor growth in mice. Tumors grew significantly less in the mice treated with clove extract compared to those in the control group.

The authors reported that cloves might have a beneficial role in the future of cancer treatment since they can cause cell death and slow cell multiplication. 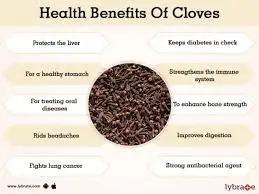 Scientists have also studied cloves regarding their potential effect on obesity. In a study of mice, researchers found that clove extract reduced the incidence of obesity resulting from a high-fat diet.

Mice who received the clove extract had lower body weight, less abdominal fat, and less liver fat than those in the control group.

Thanks for reading and I will see you all in the next issue.

Content created and supplied by: Lebeneami (via Opera News )