Most overlooked signs of Autism in babies

By Giinagh.com (self meida writer) | 26 days

​Many children with autism spectrum disorder (ASD) show developmental differences when they are babies—especially in their social and language skills. Because they usually sit, crawl, and walk on time, less obvious differences in the development of body gestures, pretend play, and social language often go unnoticed.

Parents must be the advocate for their child. It is imperative that all parents know the signs of autism, so they can seek intervention as soon as possible.

Possible signs of autism in babies and toddlers:

At 9 months of age: Still a lack of smiling, failure to begin non verbal communications such as noises meant to get their care giver’s attention when wanting something, and/or failure to begin making vocal sounds for the purposes of interacting with other people.

At 12 months of age: No babbling or attempts to form baby-talk and words for communicating with other, failure to begin use of non verbal motions to communicate their wants such as pointing or gesturing what they want or need, and/or does not respond when their name is said or called out.

At 16 months of age: Failure to say any words. No attempts to begin verbal communication with actual words. There may be seen a disinterest in the child to learn or try to form words through babbling or making verbal noises that sound like the start of words. Caregivers will notice the lack of interest in verbalization by this age.

At 24 months of age: Still lacking age appropriate verbal communications. They may have achieved the ability to say one word at a time such as ball, mom, or drink. However, they lack the ability to form phrases or put two words together.

There are other red flags to look for at any age:

Loss of previously acquired skill. For example, a child who was once using phrases and almost forming sentences now only uses one word at a time to communicate their wants and needs.

As early as toddler age, they appear to prefer being alone. They lack a general desire to interact with their peers. For example, when at a play setting with children their own age a caregiver will notice lots of children playing together while their child choses to play on their own and seems content to do so. If a child is playing on their own and expresses sadness by saying “nobody is playing with them” or “nobody likes them”, thus they play on their own, this child does not fit the category, as they are interested in playing with others. It is the lack of interest in playing with others that is a red flag at any age.

The child not only prefers but requires a stringent routine. Any deviation by the caregiver of this routine will cause the child to become anxious, stressed, or even distressed. They don’t just “go with the flow” when changes arise. They show an emotional dependence on their routine, and when it is changed they are visibly upset.

They exhibit echolalia. This is the repeating of words and phrases that they hear from others. What they are repeating does not seem to have significant meaning. For example, they may hear someone say “red ball” during a conversation. The child will repeat “red ball” over and over again, like a broken record. They can also imitate and repeat motions of others. Some autistic parents also report that their child fails to initiate their own words, instead their child only repeats words that they hear.

Exhibiting repetitive behaviors. Some of the most common are flapping, rocking or spinning. Some of these behaviors are age appropriate, such as spinning. However, it is the continual repetition of the behavior that should be of concern to parents.

Has difficulty understanding the feelings of others. To others it may seem that they are disconnected to people and their feelings in general.

Has sensitivity with any of their senses. They will show a more intense than normal reaction to certain sounds, smells, textures, tastes, or lighting. Their reaction can range from very intense to unusual. The key for caregivers to note is the consistency of this reaction when the same sense is affected.

Language delays of any kind combined with any of the other warning flags.

The child has highly restricted interests. This can be shown by their fixation on only playing with one kind of toy to the exclusion of interest in any other toys.

Keep in mind that a child with autism can have just a few of these signs and difficulties. Other children who may have some of these difficulties, may not qualify for a clinical diagnosis of autism. 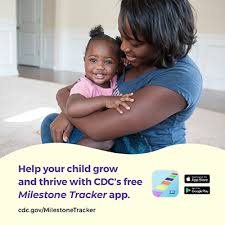 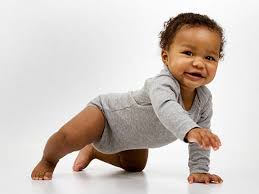 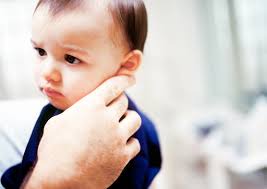 Meet mongoose the killer of snakes including King cobra.