Say no to NSAIDs and be safe from stomach ulcers

By Kuntumy (self media writer) | 1 year ago

Non-steroidal anti-inflammatory drugs (NSAIDs) including low dose aspirin are some of the the most commonly used medicines. They are associated with gastrointestinal mucosal injury.

A peptic ulcer is a defect in the upper gastrointestinal mucosa that extends through the muscularis mucosa (internal lining of the stomach wall) into the deeper layers of the gut wall. There are two major risk factors for peptic ulcer disease, Helicobacter pylori and non-steroidal anti-inflammatory drugs (NSAIDS). NSAIDS including low dose of aspirin, diclofenac, ibuprofen, peroxicam,peladol extra, pedol, parabru plus and many other pain 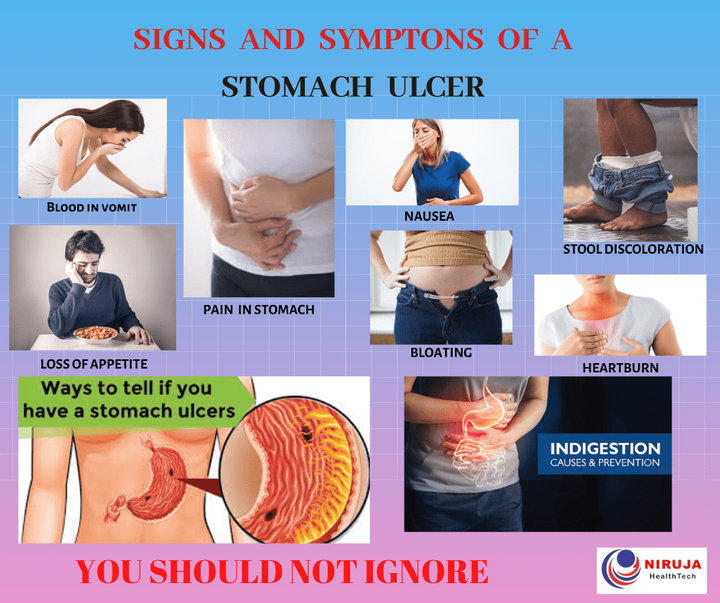 relievers are some of the most commonly used drugs.

These NSAIDS have good efficacy and a long history of clinical use, but can cause peptic ulcers which may have fatal complications. Given widespread use of NSAIDs and aspirin, the associated gastrointestinal toxicities have substantial implications.

The therapeutics effects of NSAIDs are mediated by their inhibition (prevention) of prostanoid biosynthesis. Prostanoid derivatives (subunits) arise from the conversion of archidonic acid by cyclo-oxygenase (COX) isoenzymes following cell injury. There are two isoforms of Cox. COX-1 is present in the majority of cells including endothelial cells, gastrointestinal epithelium and platelets, and function continuously. In contrast c Cox-2 is present in only a few tissues and is induced by inflammation.

How NSAIDs cause or trigger peptic ulcer:

NSAIDS exert their therapeutic anti-inflammatory and analgesic effects by inhibiting Cox-2. The gastric and renal toxicities of the drugs are related to inhibition of Cox-1 and Cox-2 inhibition across the class of NSAIDs.

Peptic ulcer disease is a well recognized complication of NSAIDs use. Inhibition of Cox-1 in the gastrointestinal tract leads to a reduction of prostaglandin secretion and its cyprotective effects in gastric mucosa. Cox-2 inhibition by NSAIDs may also result in mucosal injury.

Which NSAIDs are safe for usage?

All NSAIDs cause some degree of gastrointestinal toxicity. A study carried out with a large pooled of data from placebo-controlled trials showed that all evaluated NSAIDs including Cox-2 inhibitors, diclofenac, ibuprofen and peroxicam were associated with an increased risk of gastrointestinal injury. However, this risk varies between the drugs. The relative risk of upper gastrointestinal complications for aceclofenac. Some NSAIDs with the highest risk pool are peroxicam and ketorolac.

In summation, all NSAIDs have the risk of causing or triggering peptic ulcers. Cyclo-oxygenase (Cox), officially known as prostaglandin endoperoxide synthase (PTGs) is an enzyme that is responsible for the formation of prostanoid, inhibits the influx of Hydrogen ions into the stomach. When hydrogen ions influx form bonds with chlorine present in the the stomach to form hydrochloric acid. The formed hydrochloric acid eats off the lining of the stomach and this results in peptic ulcers.

So intake of non-steroidal anti-inflammatory drugs (NSAIDs) disrupt the enzymatic activity of the enzyme Cox or prostaglandin prevents hydrogen ions influx and therefore reduces hydrochloric acid concentration in the stomach. Contrary, when Cox enzymatic activity is inhibited then hydrochloric acid (Hcl) production in the stomach increases and hence results in peptic ulcers.

Content created and supplied by: Kuntumy (via Opera News )