By aIDINMOTION01 (self media writer) | 2 years ago

The super powers of meditation: Are you ready to become a supernatural being?Who hasn’t heard of the superpowers displayed by great spiritual practitioners and meditation masters? And who wouldn’t secretly want to get them?

Our world has opened up to different techniques, and with it have come incredible stories of Tibetan yogis able to generate such body heat that they can survive sitting for days on ice, without any clothing needed. Even Hollywood has come on board, big time and long ago. After all, wouldn’t meditation, provided we do it in the right way, give us the supernatural abilities shown in the Matrix trilogy: dodging the bullets, mind-travelling, foreseeing the future?

Modern-day yogi Wim Hof raised the eyebrows of many scientists after he was able to use meditation to stay submerged in ice for almost two hours without his core body temperature changing one bit. (He also ran a desert marathon without drinking a sip of water.) Here you can find an interesting documentary about his life and methods.

The most common superpowers linked with meditation practice.

First of all, here’s a list of the most often mentioned powers and abilities that can be acquired when meditating. Just so that we’re on the same page: in a second, we’ll come to the truth content and precise way of acquiring these supernatural dimensions.

1.KNOWLEDGE OF PAST LIVES : Witnessing forms, personalities and events that you have lived through in your past existences.

3.TELEPATHY: The ability to “read” the minds of other people and know, even across great distance, what they are thinking and feeling.

4.VISIONS OF OTHER LANDS: Hearing conversations in different languages, seeing certain events from this and other worlds. Read more

5.SEEING THE FUTURE: The ability to move in a timeless dimension where one can perceive things which, in the world of linear time, have not yet taken place.

6.SUSPENSION OF GRAVITY: Levitation, walking on water, even flying is sometimes mentioned under this category of powers.

7.IMMUNITY TO PAIN: Single-pointedness of mind such that no pain, whether it is physical or mental, cannot reach you. The same is true about hunger and thirst.

8.INVINCIBILITY: No external force, whether natural or artificial, can displace even a single hair of you.

9.WISH-FULFILLMENT: As an advanced meditator wishes anything, it will be provided by the so-called unified field and without recourse to ordinary, natural principles.

A wonderful list, at least in terms of showing what we as human-beings are secretly desiring. And this is not to say that the above-enlisted super powers are a lie and a ‘fool’s dream’. In the first instance, it only proves our tendency to miss the real magic and the miracles performed in a quiet, non-flashy manner. Kind of like the stuff the best witches are dealing with, as in Terry Pratchett’s wonderfully illumined and enlightened.

Nothing whatsoever can stop you: The powers that are super

Because when talking about meditation, one thing is for sure. If you meditate regularly and wholeheartedly (as if your hair were burning), you will be guaranteed to:

2.Understand what your cat is telling you.

3.Lose any appetite for personal ambitions.

4.Lose your ability to differentiate between waking state and dreams.

5.Pray for the life of a mosquito.

6.Taste an orange as if for the very first time.

7.Still argue with your significant other – yet find it increasingly more like a game, not a war.

8.Stop dead in a beam of sunlight, with a blessed smile on your face.

10.Laugh out loud at the concept of superpowers.

But being a human being, you are probably feeling frustrated when told about super powers of this kind. Being a human being, you’re probably a bit irritated at the moment, feeling kind of cheated on and muttering to yourself, ‘But hey, what about all the REAL magical abilities and feats listed at the beginning — the flying above mountain tops, the reading of other people’s minds? Are you just pulling my leg or is it your way of saying that these do not exist?’

Are the supernatural powers for real?

No one is trying to pull your leg. The short and simple answer to your question would be: ‘Yes, they are for real.’ All these mind-boggling super powers do indeed exist. Perhaps not in all those crazy shapes and varieties described in urban myth and popular culture, but nevertheless. And meditating earnestly will, quite probably, get you acquainted with a few of those powers.

Yet there’s a reason why we’ve dragged you right and left before coming to this. As with any other short and simple answer, it hides treacherous traps and could be easily misinterpreted. It is, in other words, quite a dangerous answer.To proceed with any chance of solving the riddle of your life, you have to keep this “Yes, the super powers do exist” tightly wrapped into the following. At all times, and no matter what happens or does not happen.

1. Going into meditation in search of any supernatural abilities is the clearest of indications that you are heavily caught in the cobwebs of your ego.

You are trying to boost yourself, either to get direct power over others (“I can do things you people cannot even dream of!”), or to unravel some of your personal knots (anguish, boredom, depression, insomnia, impotence of mind and body, you name it). And please be careful: even when you think that you want the super powers for the sake of others only, and not for your own glory — this is actually NEVER the case. How can your mind, without yet having entered the realm of the Eternal True Nature, have even the faintest idea about what might help others?! It simply doesn’t. But being a thinking, reasoning and calculating machine, it is very good at slipping in suggestions which go towards augmenting your Name and Fame. 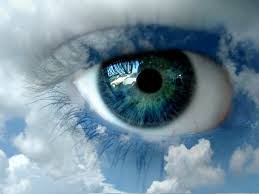 They are a by-product, a tool like anything else: you can use them for good or for bad, there is nothing really special or revolutionary or world-changing in them. Some great saints and masters who have graced this earth have made ample use of those powers and abilities; others have walked right through them as if they did not exist at all. If you consider this fact very carefully, then you will realize that there’s nothing “must-have” about the acquiring or displaying of these supernatural powers.

What is absolutely inevitable and necessary on the path to awakening, however, is this attitude: “Whether I seem to go backwards like a crab or soar across the plains of many a mystical world, may I continue sitting humbly and earnestly as a solid unmoving mountain.”

Content created and supplied by: aIDINMOTION01 (via Opera News )