By SamuelPowellNews (self meida writer) | 27 days 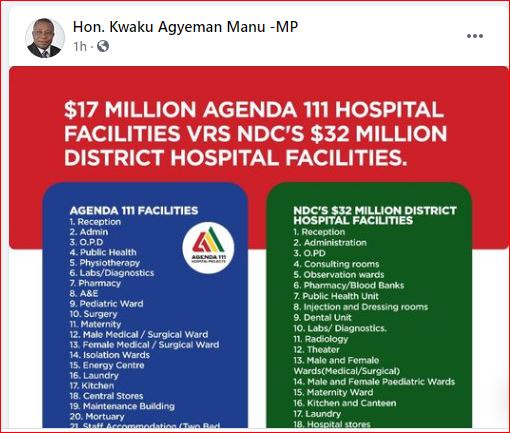 The President of the land, His Excellency Nana Addo Dankwa Akufo-Addo recently cut sod for the construction of 111 hospitals across the country. As we speak now not a single hospital of these projects has been completed. But the Health Minister, Hon Kwaku Agyemang Manu has started comparing the cost of Ex-President John Dramani Mahama's hospitals to their yet to be built hospitals.

According to him, the cost of the National Democratic Congress (NDC)'s unit hospital was $32 million compare to the New Patriotic Party (NPP)'s $17 million unit hospital. Using the image below, Hon Kwaku Agyemang further stated that John Mahama's hospital had only 24 departments compare Akufo-Addo's 26 departments. 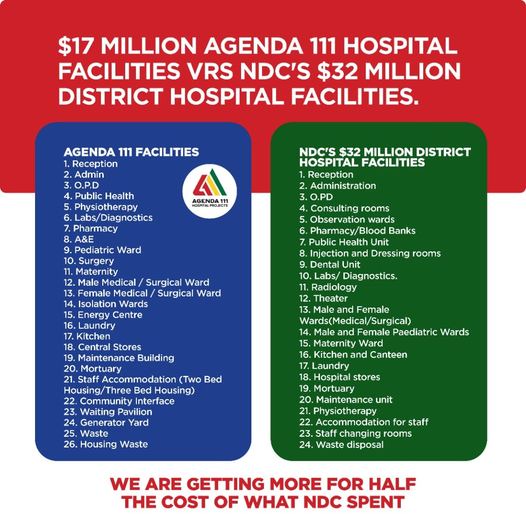 Ghanaians after coming across this information on Hon Kwaku Agyemang Manu's Facebook page descended on him for improper comparison. They argued that looking at the list above, there are some departments in Mahama's hospital that are not captured in their yet to be built hospital. For instance, Radiology, Theater, Dental Unit among other departments are not captured in the NPP's Agenda 111 hospital. 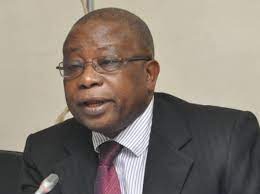 These departments costs are different from some of the departments not captured in the NDC's hospitals. In view of that, the comparison that he (Kwaku Agyemang Manu) is doing on social media has no basis. And he cannot throw specks of dust into the eyes of the general public as if Ex-President John Dramani Mahama stole state resources in the name of building hospitals for the country. 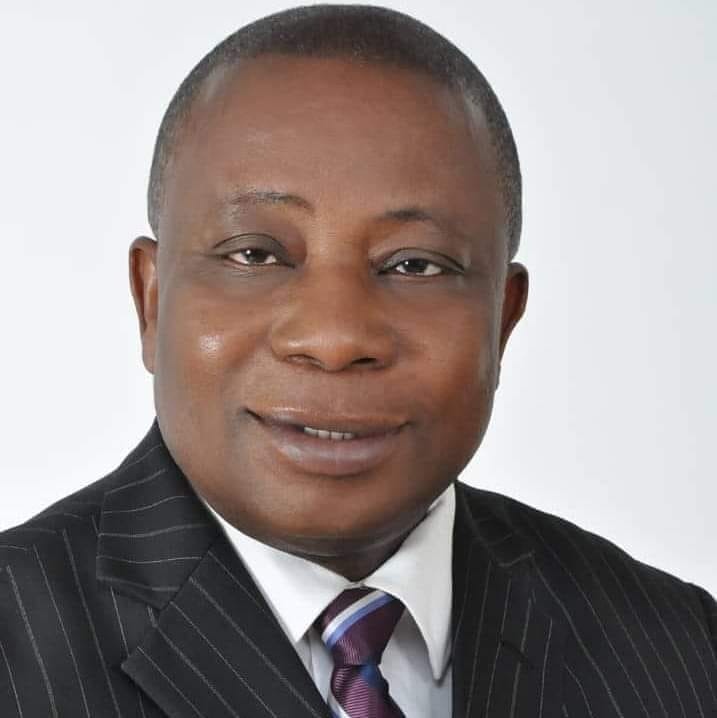 Besides, John Mahama fulfilled his promise of producing those hospitals so he should concentrate on how they are going to redeem their promise than make useless comparisons on social media. Some also argued that when it comes to credibility in fulfilling promises, NDC is far better than NPP.

A Facebook user, known as Dziafa Innocent reacted that by saying, "Who compares REAL Hospital infrastructure to PROMISED Hospitals (AUDIO HOSPITALS)? And how far with the $41 million Shama Hospital which is not even constructed to the NDC's $31 Million own? Credibility matters, Sir". 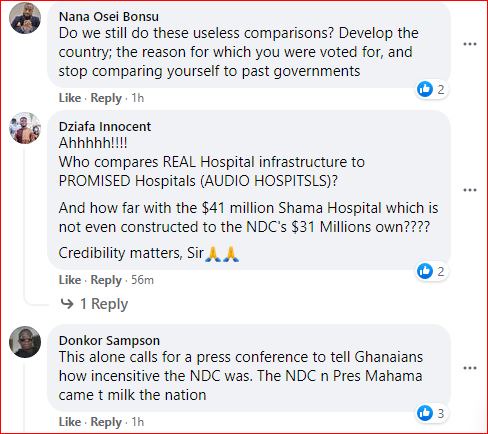 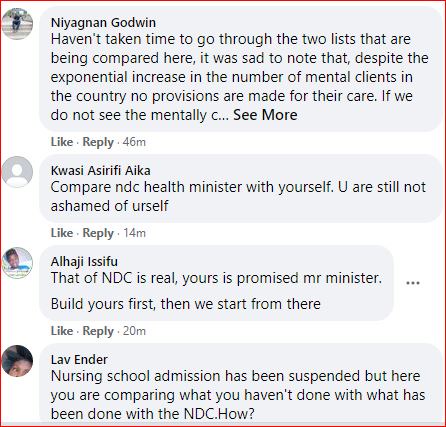 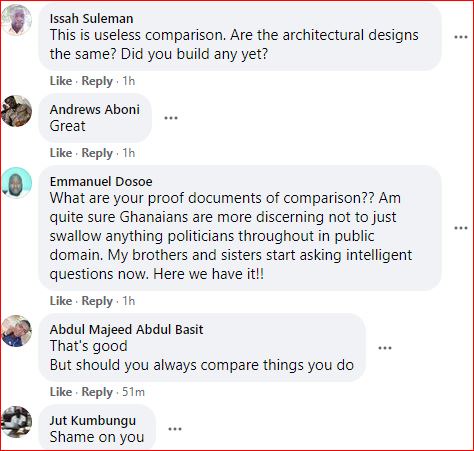 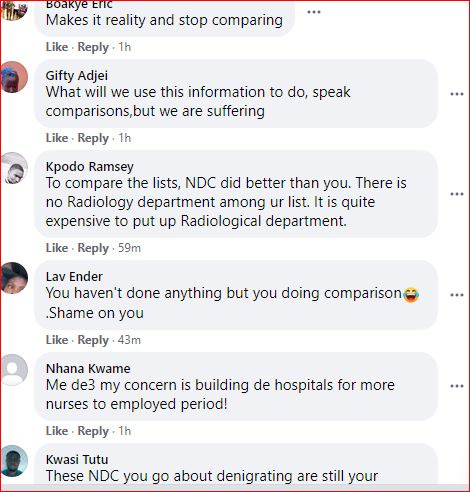 How to be sure that you are dating the right person