The 6 Skinniest People In The World And Their Reasons Behind It.

By Technical_Man (self meida writer) | 1 months 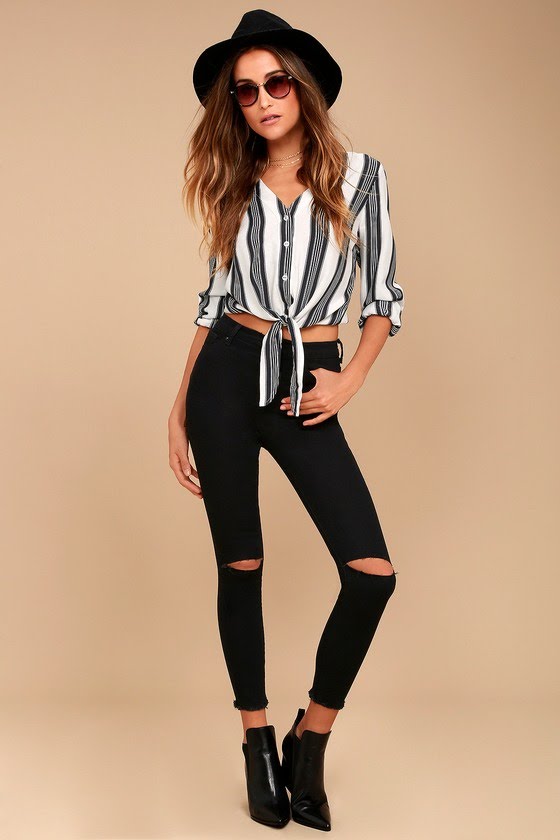 In the world we are in today, Every woman’s dream is to look very attractive and in good shape. Women are out to out skinny each other, thereby looking more attractive than the other. The trend of keeping fit has turned out to be an obsession ( especially with the top ladies and celebrities ) as every lady wants to be “Hot” and “Sexy” as some people say. Body shape is one topic that can never be exhausted, you need to see the sleepless nights, and worry some people have engaged themselves in.

The extent to which they are willing to go (such as starvation ) for their desire to look slim and appealing. Alarming right? and I guess your mind would also be running wide as to what their reasons could be; Is it a plan to save food for the future generation? or that there is no money to foot the bill for their desired meal? well, the shocking discovery is that it is has nothing to do with the above mentioned, except the desire of a “good body shape”. Not to judge or criticize hastily the cut-down, we should also know that not all cases of “ANOREXIA” are deliberate, some are results of special conditions people tend to find themselves in.

Tom is a professional Cyclist whose body shape is as a result of a rare condition that his body is unable to store fat. Tom was born 1 July 1989, He is a British citizen and one of the eight persons in the world suffering from what is called “MDP Syndrome. The cause of this strange an scarce condition was a mystery which doctors were unable to discover until recently which they came out with a precise explanation as to what might be the real cause of the challenge and yet it can’t still be treated.

Tom being over 25 years, with a height of six-feet-three, Tom weighs about 66pounds, This has however not been an obstacle to his wonderful dreams, and aspirations. He lives a very perfect life both Professionally and personally. Tom is married to Alice who he claims to have been his backbone, greatest source of his inspiration and greatest support in life.

Loana Spangenberg is a Roman model whose skinny condition is also considered as a natural one and not as a result of starvation. During interviews, she is quite quick to dispute the rumors about her anorexic condition being spurred by starvation. She goes further to explain how she has been trying to put on some weight by eating three square meals each day that consists of pieces of stuff like Crisps, Pizza, and Kebab.

Loana is measured to have 20 inches (50cm) waist, which is 5-inch bigger than a CD’s circumference. She was also nicknamed by the public as “Human Hour Glass” due to her 32-20-32 figure. Loana is 5ft – 6 tall and weighs about 84 IBS. The reason for her own anorexic condition is not known, but experts have been fast to link it to “Fast Metabolism”.

Cathie Jung who was born in 1937, is an American corset and dress enthusiast, who got the Guinness-World-Record as “The person with the smallest waist to ever live”. Cathie is 5ft 6 tall and has a 15-inch waist(38.1cm). She nicknamed herself as “Queen of Corset” after she was featured in the revised edition of the Guinness-Book-of-World- Records.

Cathie’s tiny waist was as a result of her constant wearing of a corset. According to her he first wore a corset on her wedding day in 1959, and she has been wearing it ever since then. In fact, truth be told, she wears it 24hours a day. Cathie is now over70 years of age, and weighs about 43kg, still retaining the record of “The woman with the smallest waist”.

Lizzie Valasquez is entirely one of the thinnest people in the entire universe. she was born on the 13th March 1989, and she resides at Austin in Texas, Lizzie weighs 58 Ibs (26kg). Lizzie is required to eat every fifteen minutes (60 meals) to survive. She, therefore, takes between 5000 – 8000 calories-per-day. Despite her condition, Lizzie is a renowned motivational speaker and author and has so far managed to attend over 200 workshops since she was 17 years of age.

Lizzie’s skinny condition is triggered by a very rare condition known as “Neonatal Progeroid Syndrome (NPS)”. She is one of the three people that suffer from that condition. This condition is known for causing premature aging, just like Progeria. She now looks older than a normal human who is in her mid-twenties. Inspiring: Lizzie, who suffers from a rare genetic disorder, is now a best-selling author of two books

Valeria Levitin is the world’s skinniest woman. The anorexic woman who is from Monaco weighs so little as 50Ibs which are about 27kg – half of what the lightest person should weigh. Valeria is 5 ft 8 inch tall, and she is one of the skinniest people who suffer from extreme cases in anorexia. She started experiencing her condition, years back when she embarked on extreme dieting. And all her desperate efforts to regain back her weight proved abortive.

Valeria has been a source of inspiration for young girls, who are eager to learn from her mistakes. 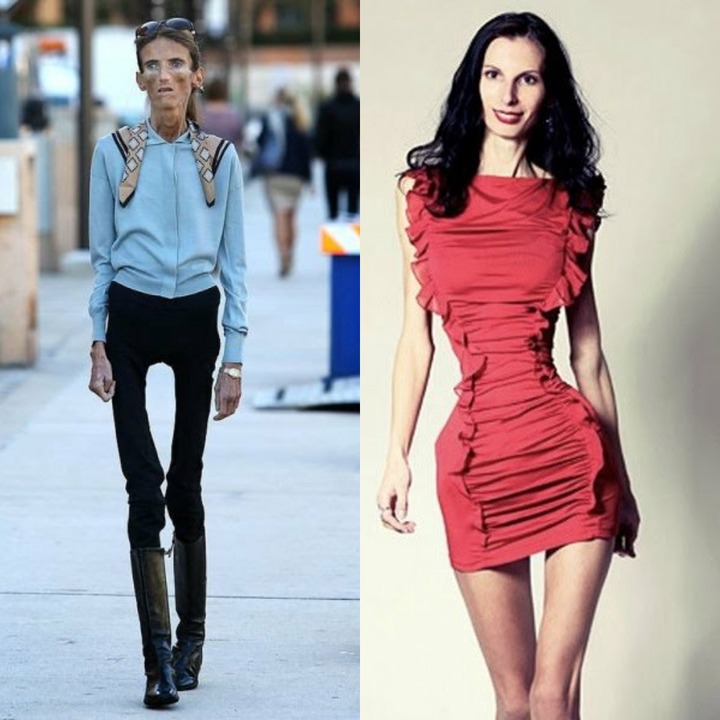 Content created and supplied by: Technical_Man (via Opera News )

Some funny pictures to make you smile and enlighten your day