Do You Still Put Hot Food in Polythene Bag? This will Happen to You

By GhanaianWatch.com (self meida writer) | 20 days 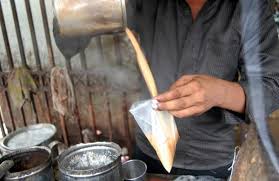 Dr. Russ Hauser, chair of the Department of Environmental Health

at the Harvard T.H. Chan School of Public Health said :

“We are exposed to many chemicals simultaneously i.e., chemical mixtures that may have additive adverse effects.” At particular risk are pregnant women and their fetuses. Many of these chemicals cross the placenta, so the fetus is exposed.

Among the more troubling chemicals are phthalates and bisphenol A, BPA, Both are endocrine disruptors, which are substances that interfere with the actions of human hormones,” he stressed

There are several food scientists who agreed that hot food packed in polythene bags can easily be contaminated.

An ecologist, Mrs Nnenna Didigu a resident in Nigeria, has stated on record that hot foods packaged in polythene bags are harmful to human health in that they are most often contaminated with the chemicals used in producing the bags.

“Prolific use of polythene bags for packaging hot food items is not only harmful to the people but also to our environment.

“There are various chemicals disseminated from plastic bags like polyvinyl chloride.

“Hot foods packaged in polythene bags are contaminated by these chemicals mostly when they are hot or heated.

“Those chemicals include styrene and bisphenol-A which can cause cancer, heart diseases and harm the reproductive problems,’’ she stressed.

She explained that there are so many people who are suffering from kidney and throat disease, stressing cancer and infertility is on the rise in Nigeria.

In Ghana, Plastic wrappers or polythene bags have become common material to package our cooked food. From Banku to rice to porridge every food vendor is always seen using polythene bag or plastic to wrap food they sell to customers. 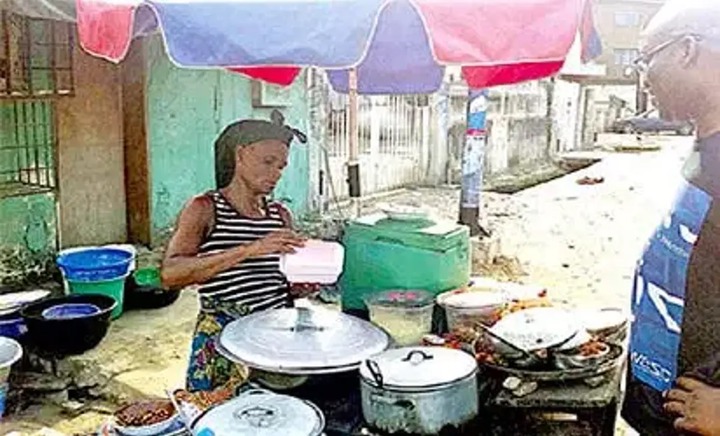 Mr Kofi Essel, head of the Food and Inspectorate Division of the Food and Drugs Board speaking to the media advised pregnant women, nursing mothers and the aged, especially people whose immune system is impaired to stop eating from polythene bags because of related hazards.

In some years back food vendors were using certain leaf to wrap the food they sold to their customers.

Naturally, those leaves had no chemical addictive which could leach to the food, yet it gave the food, especially rice and waakye some pleasant aroma or flavor.

But because of modernity and city lifestyle, people decided to question the unhygienic nature of the use of those leaves.

Now, we seem to battle with health hazards and several nightmares that these polythene bags pose to us in terms of our health.

This situation in recent years have got a lot of people asking whether exposing our food and ourselves to all of this plastic is safe.

Some research findings have it that some chemicals in plastic can leach out of the plastic and into the food and beverages we eat.

According to Some health expert these chemicals have some connections to health problems such as metabolic disorders including obesity and reduced fertility.

These scientists argued that this leaching can occur even faster and to a greater degree when the plastic is exposed to heat.

Arguably, this has given concern about the fact that people might be getting an even higher dose of potentially harmful chemicals into their body simply by microwaving their leftovers in a plastic container.

Now, then packaging of hot food such as porridge, rice and stew, Waakye among others in polythene bags has become part of our daily life, what then should we do to prevent this harmful effect on our health.

Some food scientists advise that we should not eat the food from the polythene bag more especially when the food is hot.

They caution that people should rather put the food in bowls before they eat.

Better still they insist that people should be encouraged to use plastic bowls with high quality like that of ceramic plat.