8 remedies to control and cure your stomach ulcer.

By Ikejames (self meida writer) | 26 days 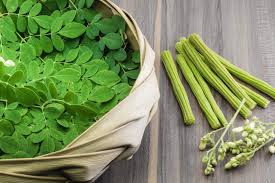 It’s rich in vitamin C, an antioxidant shown to help prevent and treat H. pylori infections. These infections are the most common cause of stomach ulcers .

Licorice is a spice native to Asia and the Mediterranean region.

It comes from the dried root of the Glycyrrhiza glabra plant and is a popular traditional herbal medicine used to treat many conditions.

Some studies report that licorice root may have ulcer-preventing and ulcer-fighting properties.

For instance, licorice may stimulate the stomach and intestines to produce more mucus, which helps protect the stomach lining. The extra mucus may also help speed up the healing process and help reduce ulcer-related pain .

Honey is an antioxidant-rich food linked to a variety of health benefits. These include improved eye health and a reduced risk of heart disease, stroke and even certain types of cancer.

Honey also appears to prevent the formation and promote the healing of many wounds, including ulcers.

Garlic is another food with antimicrobial and antibacterial properties.

Turmeric is a South Asian spice used in many Indian dishes. It’s easily recognizable by its rich yellow color.

Curcumin, turmeric’s active ingredient, has been attributed to medicinal properties.

It appears to have immense therapeutic potential, especially in preventing damage caused by H. pylori infections. It may also help increase mucus secretion, effectively protecting the stomach’s lining against irritants .

There’s a popular notion among people suffering from ulcers that eating chili peppers too often or in large quantities may cause stomach ulcers.

In fact, people suffering from ulcers are often advised to limit their consumption of chili peppers or to avoid them completely.

However, recent research shows that these peppers are unlikely to cause ulcers and may actually help get rid of them.

Aloe vera is a plant widely used in the cosmetic, pharmaceutical and food industries. It is widely known for its antibacterial and skin-healing properties.

In one study, aloe vera consumption significantly reduced the amount of stomach acid produced in rats suffering from ulcers .

Probiotics are live microorganisms that offer an array of health effects.

Although the way this works is still being investigated, probiotics seem to stimulate the production of mucus, which protects the stomach lining by coating it.

Content created and supplied by: Ikejames (via Opera News )