Alzheimer is a popular type of dementia, or decline in intellectual function - Try these tips

By Healthmatics (self media writer) | 6 months ago 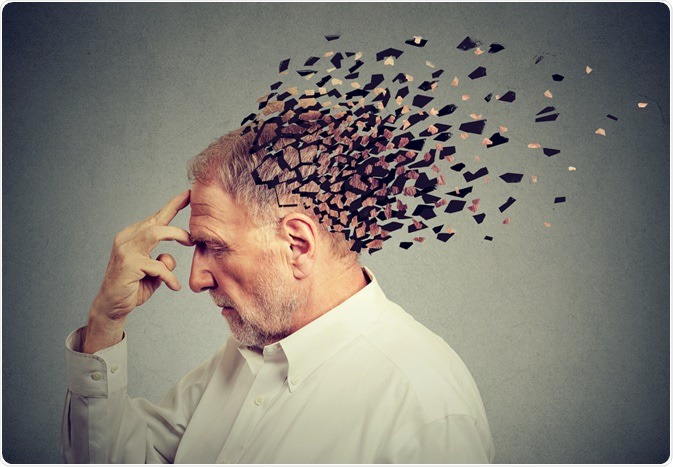 This disorder was first discovered in 1906 by a German neurologist named Alois Alzheimer. It is characterized by continuous mental weakening to such a level that it tampers with one’s capability to function socially and at work. Memory and abstract thoughts processes severely are affected.

Alzheimer’s disease is an irremediable and progressive disorder that from 1906 very minute progress has been recorded by ‘conventional medicine’ to slow or prevent it. However, there are many home remedies for Alzheimer’s disease that have shown remarkable results in preventing and in some cases restore mental deterioration.

Dementia is the name used to illustrate an abnormal deterioration in cognitive function over a long period of time, and the most regular type of dementia is Alzheimer’s disease. Symptoms of dementia, and especially of Alzheimer’s disease, are related to what might be expected from plain old age, particularly in the early stages. Nevertheless, the ruthlessness of these symptoms is much more, and this fact slowly but surely becomes apparent. Beginning with memory loss, the disease soon progresses to involve confusion, mood swings, irritability, unprovoked aggression, and the deterioration of language skills. However, not all the symptoms of Alzheimer’s disease are related to mental abilities or the psychological state of the patient. Over time, the patient’s physical functions are also affected – urinary incontinence is quite a common problem, physical coordination and motor skills deteriorate, and muscle mass decreases to the extent that the patient is finally confined to bed. In this sense, the patient is very prone to a variety of infections, and one of these infections naturally claims the patient’s life. Thus Alzheimer’s disease is usually considered to be a terminal illness, a fact which is not very well known.

I have very poor memory. Do I have Alzheimer’s disease?

The specific cause or causes of Alzheimer’s are not known, but research shows a number of fascinating clues. Several of them are closely linked to nutritional deficiencies. For instance, people suffering from Alzheimer’s disease used to have low levels of vitamin B12 and zinc in their bodies. The B vitamins are essential in cognitive functioning, and well known that processed foods have been deprived of these nutrients. In a similar manner, the average sixty-year-old person is probably taken between 8 and 10 prescription and over-the-counter drugs, these potential drug reactions and poor diet frequently obstruct or harmfully affect mentally and physically since several medications lessen key vitamins and minerals.

Low levels of antioxidants, vitamin A and E and carotenoids are also found in people suffering from Alzheimer’s. These nutrients function as free radicals scavengers; damage caused by free radicals may render the brain cells to increased oxidative damage.

1. In accordance with a report published in the October 22, 1977, edition of the Journal of the American Medical Association (JAMA), Ginkgo biloba extract can alleviate and in some situations improve the mental functioning and social behavior of people with Alzheimer’s disease. Take 100 to 200 mg of ginkgo biloba extract 3 times in a day.

2. The Chinese herb Qian Ceng to Huperzia serata are known to increase memory retention. This herb is the source of huperzine A, and it is as well known as club moss. Pure and standardized extracts of this herb have been reputedly known to increase language ability, clear-headedness and memory retention in a considerably high percentage of people with Alzheimer’s disease. It is a powerful blocker of acetylcholinesterase, an enzyme that regulates the activity of acetylcholine, which is a vital chemical of the brain that maintains healthy learning and memory functions.

4. Do eat a well-balanced diet of natural foods and take the herbal supplements mentioned above.

5. Folate and Vitamin B12 check elevated levels of homocysteine, a chemical substance that increases the danger of Alzheimer's disease and heart disease. This vitamin is important for preventing the symptoms of Alzheimer's disease. This vitamin is usually added to cereal products. Foods that are rich in folate include avocados, bananas, oranges, asparagus, green leafy vegetables, and dried beans. B12 is found only in animal products.

6. Keep away from alcohol, cigarette smoke, processed foods, and metal pollutants such as aluminum and mercury.

7. Vitamin E can slow the development of Alzheimer’s disease by as much as 25% according to a study carried out in 1997.

8. A study done by the research department at Oakwood College in Alabama showed that liquid garlic extract (kyolic) may be useful in the improvement of Alzheimer’s disease symptoms.