By ghupdates (self media writer) | 10 months ago 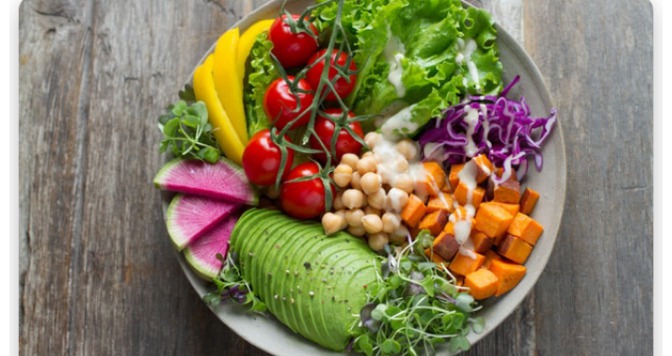 New research is exploring the connection between the foods we eat and our feelings of depression, anxiety, and happiness.

Should you eat an apple—or a bag of Oreos? Go to McDonald’s—or the vegetarian restaurant on the corner?

When we make these everyday food choices, many of us think first of our physical health and appearance. But there’s another factor we may want to consider in picking foods: their impact on our mental health.

A growing body of research is discovering that food doesn’t just affect our waistline but also our moods, emotions, and even longer-term conditions like depression. Which makes sense, after all. Our brains are physical entities, running on the energy that we put into our bodies, affected by shifts in our hormones, blood sugar levels, and many other biological processes.

Although there are many unanswered questions, the research to date can give us some guidance when we’re hunting for an afternoon snack. What we know so far can be summed up, more or less, like this: Whole-food diets heavy on fruits, vegetables, and unprocessed protein can lift our moods and protect us from depression, while too much junk food and sugar may put our mental health at risk.

One-third of adults in America eat fast food on a given day. Many of us see French fries and chocolate cake as treats to cheer us up when we’re feeling down. But perhaps our perspective on food needs an update. With a few simple dietary changes, you might be able to improve both your mind and your mood.

Can your diet protect you from depression?

A paper published this year in Psychosomatic Medicine offers one of the most up-to-date snapshots of diet and mental health—specifically, how the diet might play a role in depression.

The research team scoured academic journals for experiments that had asked people to change their diets and had measured the effects. In all, they found 16 studies with nearly 46,000 participants from the United States, Australia, and Europe, ranging from ages 21 to 85.

The experiments were quite diverse, prescribing a variety of diets to boost nutrient intake, reduce fat intake, or encourage weight loss. One group went on a vegan diet, while others restricted calories; many people loaded up on fruits and vegetables while avoiding meat and processed foods. Some people attended nutrition classes together, while others got personalized counselling or simply took home a set of guidelines. They followed the diet for anywhere from a couple of weeks to a few years.

The results? Overall, adopting a healthier diet did lead to reduced symptoms of depression—less hopelessness, trouble sleeping, and disconnection from others—compared to engaging in other self-improvement activities or going about life as usual.

But the results got more interesting when the researchers started to dig into the details, to see for whom and under what conditions our diet might keep the bad feelings at bay.

Who benefits most from a healthy diet?

First off, diet programs tended to work better for women. Why? Besides differences in hormones and metabolism, Firth conjectured, women seem to be in a better position to benefit. They’re more likely to be depressed, and, he says, they might have more discipline at following diets than men.

Also, the diet programs worked better if a dietary professional administered them—probably because the recommendations were sounder and the participants (believing in the dietitian’s authority) were more apt to follow them, Firth says. An earlier review of diet studies came to a similar conclusion.

One of the strongest studies in the collection suggested that diet could help people who were right in the midst of a major depressive episode. Researchers recruited 67 depressed people with poor diets, half of whom were instructed to follow a healthy, Mediterranean-style diet favouring whole grains, fruit and vegetables, legumes, low-fat dairy, nuts, fish, lean red meat, chicken, eggs, and olive oil while reducing sweets, refined grains, fried and fast food, processed meats, and sugary drinks. Across 12 weeks, they attended seven sessions with a dietitian who helped them set diet goals and stay motivated; they also received recipes, meal plans, and a hamper of food.

The other half attended sessions on a similar schedule. But rather than getting diet advice, they simply spent time with a research assistant who was trained to be supportive of them—talking about topics they were interested in, like sports and hobbies, or playing games with them for an hour.

Despite how beneficial social interaction is, the diet group fared better than the social support group. After 12 weeks, they had reduced their depression and anxiety more—and they were about four times more likely to experience a remission from their depression. The more they improved their diet, the more their depression lifted.

What about anxiety? In that particular study, anxiety did go down—but on average, across all 16 studies, healthier diets didn’t seem to make people less anxious. That strengthens the case that diet can directly affect depression, says Firth. If the results were simply due to people feeling proud and accomplished with their new healthy habits, you would expect them to feel better all around, including less anxious. The fact that only their symptoms of depression shifted means that something deeper may be going on.

What could that be? We don’t know for sure yet, but there are a variety of biological processes that seem to be both influenced by diet and involved in mental health. Certain diets may increase inflammation and oxidative stress, and disrupt our mitochondrial function and neuron production, in ways that could put us at risk for psychological problems. Our gut microbiome—the colony of microorganisms in our intestines that are increasingly being studied as a contributor to mental health—may interact with many of these processes. Also, says Firth, following a diet can bring us a sense of self-esteem and self-efficacy, as well as potential weight loss—which can influence our minds, too.

But there are still a lot of unknowns. As Professor Almudena Sanchez-Villegas of the University of Las Palmas de Gran Canaria points out, the findings from diet experiments are not consistent. Many of the diet programs in Firth’s review didn’t help alleviate depression, nor did a newer one that also included multivitamins. Researchers have much more to explore.

Can your diet make you happy?

It’s one thing to say that our diet might protect us from depression and other mental health issues. But could the foods we eat move the needle toward more positive emotions and happiness?

In an experiment published in PLoS ONE, researchers recruited 171 young adults with a diet low in fruits and vegetables, which meant three or fewer servings per day. These 18 to 25-year-olds were split into groups: One got a basket of carrots, apples, and kiwi or oranges and was told to eat an extra serving of fruit and an extra serving of vegetables per day; another didn’t change what they ate.

Every day for two weeks, they answered questions about their feelings, mood, and happiness. At the beginning and the end of the experiment, they also filled out surveys about their anxiety and depression.

The diet group only managed to add one extra serving of fruit and vegetables to their daily diet. But that made a difference: Compared to everyone else, they had more energy, curiosity, creativity, and motivation; and they felt more engaged and purposeful in their lives overall—a greater sense of flourishing.

Surprisingly, though, the diet didn’t seem to change their mood or their feelings of depression and anxiety. That might be because the experiment was so short, the authors believe; while diet can give us a positive boost pretty quickly, mental health problems may take longer to show up.

“The accumulation of factors such as low vitality, reduced motivation, and poorer socio-emotional flourishing may precipitate the development of psychological ill-being over time,” write researcher Tamlin S. Conner and her colleagues.

Similarly, in a short pilot study from 2011, a Mediterranean diet seemed to boost people’s feelings of contentment—but didn’t improve their depression or anxiety.

Twenty-five women were surveyed on their feelings of depression, anxiety, anger, calm, and contentment. Some continued eating as usual for 10 days, while the rest adopted a Mediterranean diet (this time with no red meat). After another round of surveys, the researchers found that the women on the Mediterranean diet felt more content.

“The nutrients consumed in everyday diets are important for individuals’ mood,” write Laura McMillan and her colleagues.

Of course, this was a very small study—and the women may have simply felt satisfied with doing something good for their health. Indeed, in a few other studies, a healthy diet didn’t make people happier. For example, following a Mediterranean diet for 12 weeks didn’t seem to boost people’s mood, well-being, or sense of self-efficacy compared to receiving social support.

Despite how catchy it sounds, it might be too early to say that any particular diet is going to bring us happiness.

So, how should all this research inform our grocery list?

Most researchers are only willing to say that diet does seem to influence our mental health in some way, although they’re not sure exactly how. “There’s no real evidence to suggest that one diet works better than another,” says Firth.

However, the big picture is reasonably clear: Try to get enough fruits and vegetables—and avoid junk food.

Supporting that perspective, one paper reviewed the results of another 16 studies and found no differences between two relatively healthy diets. People who were eating a typical Western diet of fast food, salty snacks, desserts, and soft drinks became more depressed over time. But eating a classic healthy diet high in fruit and vegetables, seafood, and whole grains or a more Mediterranean diet—which includes lots of olive oil and more legumes, meat, dairy, and alcohol—both seemed to protect against depression.

Since many of the research findings are stronger for women, Firth does have one further tip.

“If you’re female, then you will benefit from adopting a healthier diet in general and you don’t need to worry about what type of specific diet you’re adopting,” he says. “If you’re a man and you’re not overweight, probably don’t bother.”

In other words, at least as far as our mental health goes, we can stop obsessing about having a perfectly consistent diet—or whether we should go paleo or keto—and instead focus on cultivating healthy but sustainable eating habits. That’s the area where Firth wants to see more research, too, to figure out how to help people make lifestyle changes that last.

“It’s more important to stick to any healthy diet than it is to try and go for some aspirational perfect one that’s ultimately unfeasible or disgusting for you to stick to,” he says.