After he broke my virginity, I followed him into smoking - 17 year old girl shares her story.

By Kwabenagossiper (self media writer) | 1 year ago

There are many people at the place called Ghetto where they do things which are not their intention but they are into it. These people smoke, drink and engage in all sorts of drug abuse.

As SVTV Africa usually does, they go to places, where they interview people who are really in need and after that, people would be asked to come to their aid without any hesitation. This time, they went to a ghetto where they smoke and interviewed a 17 year old lady. 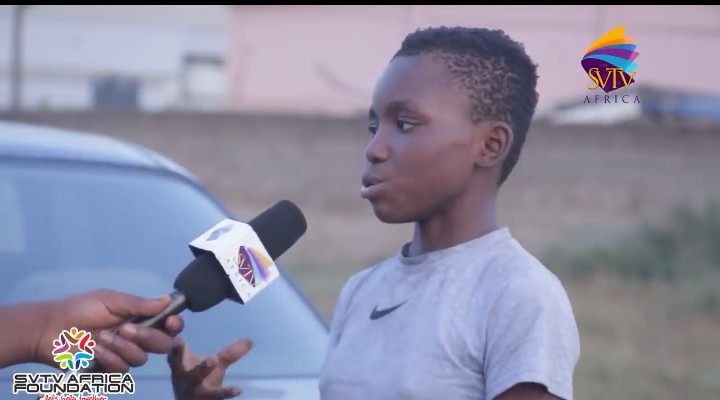 According to this Lady, she started life very well, she was brilliant in class and even her teachers loved her because of how she was smart in class. But one thing which destroyed everything was her friends. That is, she didn't move with a good company and that is what destroyed her life.

When she was in form 3, she had a friend who was a smoker and one day in class when the teacher was facing the board and writing, her friend brought out weed from her bag. So during break time, they went somewhere with her friend and they smoked and that was her first time.

But subsequently, she didn't smoke. That is, she tried and avoid that one. So what was next from her friends was that, they told her that a certain boy said he likes her. They influenced her until she consented and the guy broke her Virginity.

After that, they came into relationship. But one thing which was very bad here was that, the guy was a weed smoker and also, takes cocaine. That is where she started learning all those things from the guy. A few days later, she became addicted and even she didn't go to school as previously.

“After he broke my Virginity, I followed him into smoking again" she declared.

Later on, her mother realized what she has been doing and decided to do whatever she could to stop her from doing that. But as she was addicted, she couldn't stop and she even escaped from the house and lived with the boyfriend. There, the taking of drugs became better part of her.

And therefore, it eventually ended in the ghetto where they take drugs.

Now, advice was given to anyone who is still in a bad company to be very careful until it becomes late.

Ghanaians Will Remember You For This; Captain Smart Serves Strong Notice To The President

Ladies, Here Are 8 Signs He Is Developing Feelings For You

Signs Your Friend Is Jealous Of You