Any disease that is carried largely through personal contact is classified as an STD. During orals and intercourse, one individual spreads the illness to another.

STDs do not include all diseases that affect the private organs. In reality, some of them have nothing to do with intercourse. Others occur as a result of intercourse rather than being transmitted during it.

When the tissues in your urinary system are inflamed by intercourse, for example, urinary tract infections (UTIs) might develop. Infected tissues are more likely to be irritated tissue.

Here are some of the most frequent STDs and infections linked to sexual activity; 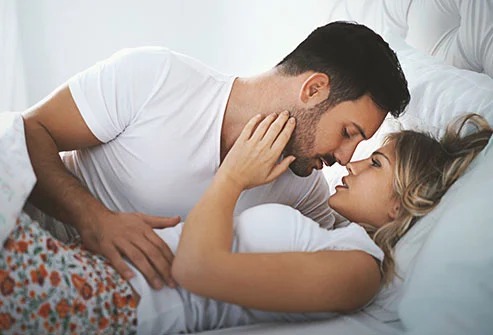 1. Chlamydia: Chlamydia is the most common bacterial STD that can be treated. The cervix, or entryway to the uterus or womb, becomes infected. It can also infect a man's private organ, the urethra.

Pain during intercourse and discharge from the male or female private organ are the most common symptoms.

Because most people who have chlamydia don't show symptoms for weeks, months, or even years, it's one of the most common STDs. To put it another way, they're asymptomatic.

2. Gonorrhea: Gonorrhea is a bacterial STD that is very common. It attacks the same organs as chlamydia and has the same long-term consequences.

It may burn when you urinate if you have gonorrhea. The condition can also cause a discharge from the male private organ that is white, yellow, or green. It's crucial to remember that many people who have gonorrhea don't show any signs or symptoms.

Although HPV is commonly referred to as "the cervical cancer virus," only a few strains of the virus can cause cancer. Other cancers have been linked to HPV. Other HPV types can result in genital warts, other types of warts, or no symptoms at all.

HPV does not have a cure, although its symptoms can be managed. Infections can occasionally be self-resolving. It is suggested that girls between the ages of 12 and 14 obtain the HPV vaccine to protect them from the virus's most frequent types.

Hepatitis B and C can cause scarring in the liver, cirrhosis, and liver cancer over time. Hepatitis B is fortunately preventable with the use of a vaccination. Hepatitis C does not have a vaccination, however there are very efficient treatments that can cure the infection.

5. Syphilis: Syphilis is a long-term sexually transmitted infection with a long history. Treponema pallidum, the bacterium that causes it, can cause major health consequences if left untreated.

When you come into direct touch with syphilis sores, which are commonly present on the outside or inside of private organs, you contract the disease. They can also show up on the inside of your mouth or your rectum.

That is, it can be passed on through orals and intercourse. Of fact, some scientists believe that orals is to blame for the surge in syphilis among males who engage in sexual activity with other men.

Syphilis sores can occur in places where a condom isn't worn. Condoms reduce your chances of contracting syphilis, but they don't completely remove it.

Syphilis sores (chancres) are small and painless at first. Even if they recover on their own, the illness is still present. It's simply becoming more difficult to detect and treat.

6. Herpes: Herpes (HSV) is a virus-borne STD. HSV1 and HSV2 are the two types of the virus.

Herpes is incurable. Antiviral medicines, on the other hand, can be used to treat the symptoms. Even if you don't have any sores or other symptoms, you can spread the virus to someone else.

Using a condom reduces the chance of herpes transmission.

7. HIV/AIDS: The virus that causes AIDS is known as the human immunodeficiency virus (HIV). It can only be transmitted through bodily fluids. HIV can be spread in a variety of ways, including:

b. Fluids from female private organs.

Breast milk is a type of milk that comes from a woman's body.

HIV cannot be spread from one person to another through casual contact.