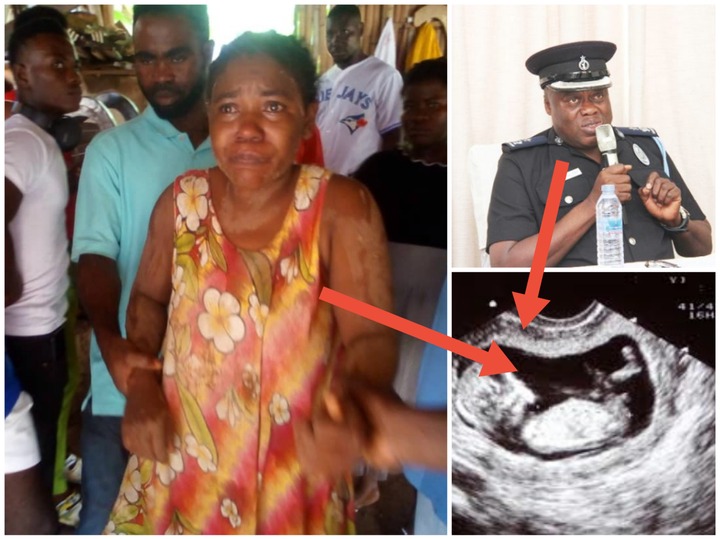 The doubt expressed by the family of 28-year-old Josephine Panyin Simson to the first r=medical report on the alleged pregnancy compelled the Ghana Police Service to cause a second test to be taken to confirm or deny the claim about she being pregnant at the time of her 'kidnap'. Specialist at the Effia Nkwanta Regional Hospital concluded their test at around 6pm yesterday, the Acting Director for Public Affairs at the Ghana Police Service, ACP Kwasi Ofori has said.

According to the outcome of the test, Josephine was neither pregnant let alone to have experienced a force labour purportedly, through the struggle with her assailants. This is the second test that had proven that the claim of pregnancy is false.

ACP Kwasi Ofori on Okay FM told Kwame Nkrumah Tikese that investigations shall proceed on the substantive matter of kidnapping yet they shall afford the family an opportunity to challenge the results via another test. He indicated that the Police likewise the public would be interested to know about the facts about their investigations before they could press any charges against the victim now turned suspect, and her conspirators including the mother, Agnes Essel; the husband, Michael Simson, and another suspect who is yet to be named.

The first report was heavily protested by the family and some residents of Columbia, Takoradi who had vouched that Josephine was pregnant. The conflicting testimonies from neighbours and the medical reports places so much questions about what is the truth in the matter.

In the current circumstances, some had even ascribed to spirituality as being a probable cause of the lost pregnancy given that there are no physiological evidence to suggest Josephine was pregnant. It is alleged that the husband, Michael Simson is seriously disoriented as a result of the events unfolding.

The psychological effect of this case cannot be discounted and as such the police would have to act professionally in sharing information about this case. The sensitivity of the matter and especially the social implication to the neighbourhood and the family must equally be a matter of interest to the media, police and other interested parties who pass comments on it.