By OPOKU-BRIGHT (self meida writer) | 1 months

10 Things That Have a Damaging Effect on the Brain

Did you know that some of the things you could be doing daily have a damaging effect on your brain? You might be surprised to learn that certain habits and lifestyle choices ruin your cognitive performance.

Top 10 Things That Have a Damaging Effect on the Brain

1. Not getting enough sleep

This habit is familiar to anyone and is becoming a global problem. According to studies, more and more people experience sleep disturbances 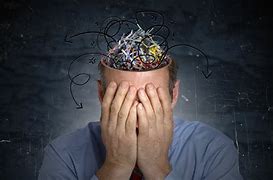 A severe lack of sleep creates the risk that different parts of the brain move into a phase of slow-wave sleep while being in a state of wakefulness. As a result, a person can’t concentrate and their fine motor skills deteriorate. Regular sleep deprivation leads to brain cell death.

Skipping the morning meal affects your performance and energy during the day. It seems obvious, but the point here is not so much the consumption of energy necessary for the body, but the fact that when you skip your breakfast, this lowers the level of sugar in your blood. This in turn reduces and hinders the flow of nutrients to your brain.

The preceding point explains why it is necessary to maintain an adequate level of blood sugar. However, it doesn’t mean that you should eat sweets to have a good brain performance.

In fact, excessive amounts of sugar cause problems with digesting proteins and nutrients. It leads to the same result as the low level of blood sugar: your brain does not receive enough nutrients.

Severe emotional stress weakens the connections between neurons and thus complicates the understanding of cause-effect relationships and sequence of events. Stress leads to poor memory, anxiety, and the feeling that everything goes wrong. 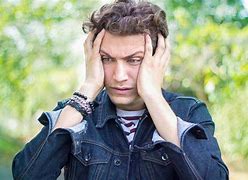 The use of sleeping pills and popular tranquilizers such as Xanax can impair your memory and possibly lead to amnesia, dementia, and obsessive suicidal thoughts.

Speaking about the negative effects of smoking on the body, the image of black lungs and damaged teeth probably comes to your mind. At the same time, it is not said much about the damaging effect on cigarettes on the brain: nicotine narrows its blood vessels. Besides the problems associated with a lack of nutrients in the brain, this greatly increases the risk of Alzheimer’s disease.

7. A lack of sunlight

A lack of sufficient sunlight directly affects your cognitive abilities. First, ultraviolet light produced by sunlight regulates your blood circulation, that is, the flow of oxygen and nutrients. Second, sunlight helps produce serotonin – the neurotransmitter that affects your mood.

Too low water consumption has a damaging effect on the brain since it causes a decrease in brain volume. This considerably reduces its efficiency and leads to almost zero ability to memorize information. It is recommended to drink an average of 1,5-2 liters of water per day.

Year after year, the amount of information we digest increases enormously. This would seem quite useful for training your brain and keeping it in shape. However, the brain responds to such an information overload with resistance. It happens because when there is too much information, at a certain point, it is no longer absorbed, which causes memory lapses. 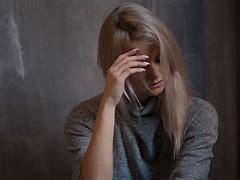 Here is another unfortunate consequence of the digital world we live in: people need to simultaneously process multiple streams of information. As a result, none of it is absorbed properly, and our brains get used to this way of working.

We perceive all the information at a superficial level. At the same time, we find it more and more difficult to stay focused on doing only one thing without frequent changes in activity.

What Alcohol Really Does to Your Brain

What happens once that vodka cranberry works its way through your bloodstream and hits the control center behind your eyes?

We hear many different things about how alcohol affects the brain and body, most notably that it is a depressant. That's only part of the story. Alcohol is a depressant, but it's also an indirect stimulant, and plays a few other roles that might surprise you.

An example of an excitatory neurotransmitter is glutamate, which would normally increase brain activity and energy levels. Alcohol suppresses the release of glutamate, resulting in a slowdown along your brain's highways.

An example of an inhibitory neurotransmitter is GABA, which reduces energy levels and calms everything down. Drugs like Xanax and Valium (and other benzodiazopenes) increase GABA production in the brain, resulting in sedation. Alcohol does the same thing by increasing the effects of GABA. This, by the way, is one reason you don't want to drink alcohol while taking benzodiazopenes; the effects will be amplified, and that can slow your heart rate and respiratory system down to dangerous levels.

So what we just discussed accounts for the depressant effects of alcohol: it suppresses the excitatory neurotransmitter glutamate and increases the inhibitory neurotransmitter GABA. What this means for you is that your thought, speech and movements are slowed down, and the more you drink the more of these effects you'll feel (hence the stumbling around, falling over chairs and other clumsy things drunk people do).

But here's the twist: alcohol also increases the release of dopamine in your brain's "reward center." The reward center is the same combination of brain areas (particularly the ventral striatum) that are affected by virtually all pleasurable activity, including everything from hanging out with friends, going on vacation, getting a big bonus at work, ingesting drugs (like cocaine and crystal meth), and drinking alcohol.

By jacking up dopamine levels in your brain, alcohol tricks you into thinking that it's actually making you feel great (or maybe just better, if you are drinking to get over something emotionally difficult). The effect is that you keep drinking to get more dopamine release, but at the same time you're altering other brain chemicals that are enhancing feelings of depression.

Research suggests that alcohol's affect on dopamine is more significant for men than women, which may account for men drinking more than women on average. According to results from the 2001-2002 National Epidemiologic Survey on Alcohol and Related Conditions (NESARC), alcoholism affects men more than women: About 10 percent of men, compared to 3 to 5 percent of women, become alcoholics over the course of their lifetime.

Over time, with more drinking, the dopamine effect diminishes until it's almost nonexistent. But at this stage, a drinker is often "hooked" on the feeling of dopamine release in the reward center, even though they're no longer getting it. Once a compulsive need to go back again and again for that release is established, addiction takes hold. The length of time it takes for this to happen is case-specific; some people have a genetic propensity for alcoholism and for them it will take very little time, while for others it may take several weeks or months.

Below is a useful summary from the website How Stuff Works explaining how alcohol affects different parts of the brain:

Why drinking makes you less inhibited:

Why drinking makes you clumsy:

Why drinking makes you sleepy:

Medulla: This area of the brain handles such automatic functions as breathing, consciousness and body temperature. By acting on the medulla, alcohol

Content created and supplied by: OPOKU-BRIGHT (via Opera News )