By BismarkTetteh34 (self meida writer) | 1 months 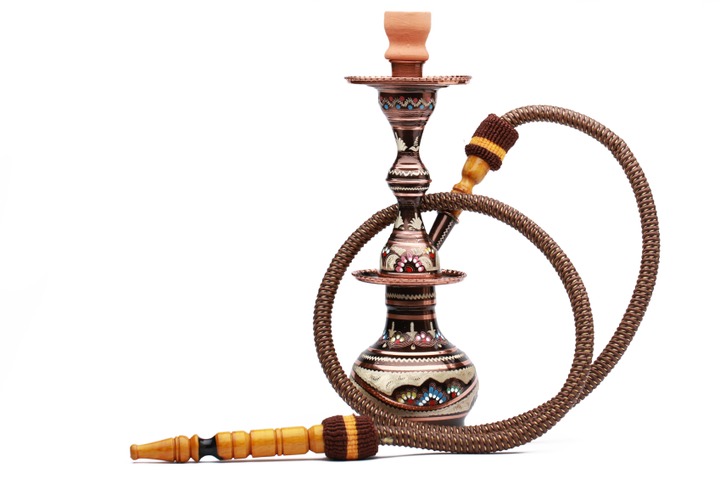 Shisha as it is popularly known is a new and modern way of smoking as introduced by the inventors. The real name of this device is called Hookeh. This practice is highly recognized among the youth in many countries and most especially Africa.

Shisha is a method of smoking tobacco invented in the 16th century by a great physician named Hakim Abul-Fath Gilani. The real purpose of the device was to channel smoke through water in an attempt to ‘purify’ the smoke, this is an unproven fact that has been repeatedly questioned by the medical community.

The questionable mechanism of a shisha device has remained constant throughout history. However it's assembly has become significantly simpler. The Shisha device consists of a head that contains tobacco separated from an array of coal by foil. The head is connected to a system of air tight pipes that draw tobacco smoke into a bowl which contains water.

Then, as the user inhales through the hose or pipe, the smoke is drawn in from the bowl to the smoker. Interestingly, the practice of shisha has changed in multiple ways. For example, the substance smoked has evolved from simple tobacco to the addition of flavouring such as apple, grape, mint and many more. In addition, shisha smoking has become increasingly available, mainly as a result of a growing number of shisha-serving venues and it cheaper prices. Since the smoking ban in the UK, shisha consumption has risen by approximately 210%.

This rise in consumption has likely been aided by the increasing in the number of shisha cafes from 179 to 556, between 2007 and 2012. This is indicated by the presence of ‘shisha streets’ across the UK and many countries around the world.

In a typical shisha smoking session of about an hour, a shisha smoker can inhale the same amount of toxins as a cigarette smoker consuming over 100 cigarette.

Like cigarette smoking these toxins put shisha smokers at risk of developing heart and circulatory diseases, cancers, nicotine addiction, and other health effects.

To conclude, Hookah or Shisha smoking is very harmful and must be avoided.