14 amazing spiritual benefits of bitter kola you are probably not aware of.

By Paul'sHub (self media writer) | 1 month ago 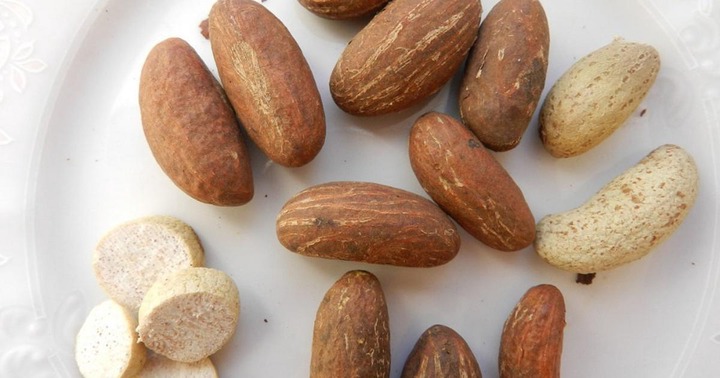 Every human being, regardless of their physical form, is a spiritual creature, making us intertwined with the various elements of the earth from which we arose.

It’s all too easy to reduce the role of foods and vegetation to their most basic and conventional purpose – consumption and the function of satiating hunger and providing nutrients to the body.

Foods, on the other hand, are earthly gifts that serve a range of spiritual functions as a link between humans and the natural world.

The way and manner in which certain crops, vegetation, and livestock of the earth are managed by society or people of a given geographical area represent the transformation of food from mere consumption and nutrient absorption into the spiritual cadre.

Foods within their particular bounds have been assigned spirituality, psychic, and magical capabilities by humans.

As a result, some people take a symbolic attitude at rituals, while others are referred to as “god’s food.”

Other foods are frequently valued for their medicinal and magical characteristics, raising their importance to human spirituality through the incorporation of nutritious nutrients into the body, soul, and spirit.

It is thought that placing bitter kola in one’s mouth causes miraculous immunity to all forms of harm, both physical and spiritual.

Kola nut was the original sustenance of the gods, according to folklore, when Bitter Kola first appeared.

The tree root and the fruits of this plant have gained fame for their stimulating effects, and they have begun to be used in the field of magic or as a form of aphrodisiac for their spiritual advantages of bitter kola. Are There Any Spiritual Benefits of Bitter Kola? Yes they are.

Here are the 14 spiritual benefits of bitter kola you may not know.

1. Used for spiritual cleansing and rites;

2. Prevents snakes from entering your environment. Bitter kola has been known to be effective in warding off snakes.

3. The bitter kola is an anti-poison that can be sprinkled around your home to keep hazardous snakes away.

4. Bitter kola is well-known for its ability to counteract the negative effects of poison.

6. Bitter kola is usually used by the elderly since it is believed to extend life.

7. Keeping a piece of bitter kola in your pocket can assist ward off evil or negative spirits.

Content created and supplied by: Paul'sHub (via Opera News )