7 Medical Knowledge Help You Live In A Healthy Life

By Dailynewstime (self meida writer) | 14 days 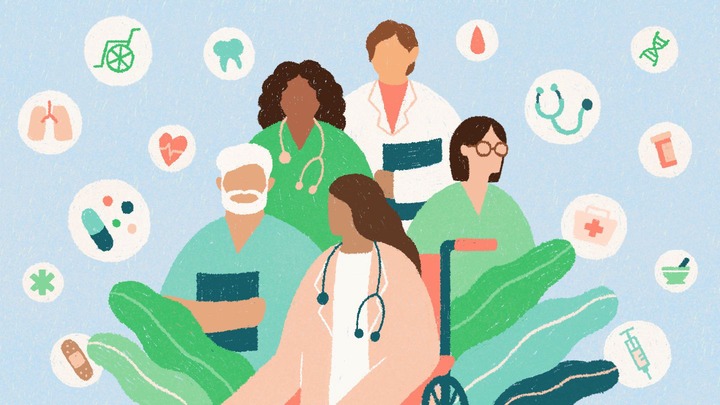 Early Diners Keep Away From Breast Or Prostate Cancer

A study of more than 4,000 men and women in Spain found that people who ate their evening meal before 9 p.m. or at least two hours before going to bed had a 20 per cent lower risk of breast or prostate cancer than those who ate after 10 p.m. or went to bed soon after eating. These cancers may be bolstered by disruptions to the biological clock, and meal timing impacts sleep cycles. More research needs to be done to confirm the link, but it’s worth noting that studies have already shown that eating dinner earlier can help you maintain a healthy weight and sleep better.

A Blood Test That May Warn of Alzheimer’s Sooner

The only way to catch Alzheimer’s early— allowing treatment to slow the progression of symptoms—is through expensive imaging or invasive tests. Now researchers have developed a blood test that they hope will spot the amyloid beta that forms brain plaque, a hallmark of the disease. Working with archived blood that had been collected between July 2000 and December 2002 from participants in a study of adults ages 50 to 75, they compared samples from 65 people who were later diagnosed with Alzheimer’s to more than 800 controls. The new test correctly identified those with the disease in almost 70 per cent of the cases—and it would have done so as many as eight years before they received their diagnosis using the current tests.

Treat Glaucoma While You Sleep

Scientists have long known that cannabigerol acid, a compound from the cannabis aka marijuana plant, can relieve glaucoma symptoms, but the key elements don’t easily dissolve and therefore can’t be turned into effective eye drops. Researchers at the University of British Columbia may have solved that problem with a compound called a hydrogel. The hydrogel is administered as drops that then form a sort of lens upon contact with the eye, allowing the cannabigerol acid to dissolve during the night and penetrate the cornea. In pig corneas, which are similar to human corneas, the gel was absorbed quickly; the next step is to test the gel in human eyes.

Many kinds of toothpaste claim to treat sensitive teeth, but researchers recently found they don’t help much. A tooth grows sensitive when its protective enamel erodes, exposing the dentin, a layer with tubules that lead to the nerves. The researchers tested nine “antierosive” and/or “desensitizing” products and found that they all caused enamel wear, just like regular toothpaste. Some desensitizing toothpaste might help to block pain, but you likely also need to see your dentist for other treatment options.

In a small study, researchers at the University of Illinois at Chicago recruited 23 obese participants to spend 12 weeks following a type of intermittent fasting called the 16:8 diet. In the eight hours between 10 a.m. and 6 p.m., participants could eat as much as they wanted of any food. However, for the remaining 16 hours of the day, they were allowed to have only water and other calorie-free drinks. Compared with a control group, the 16:8 dieters consumed an average of 300 fewer calories per day, lost 3 per cent of their weight, and saw a significant drop in their systolic blood pressure. One reason may simply be that the 16:8 diet is easier for most people to maintain than other types of intermittent fasting.

A new study has found that continuous low doses of a spectrum of UV light called far-UVC can kill airborne flu viruses without harming human tissue. Though it’s not a spectrum found in standard fluorescent or incandescent bulbs, far-UVC light in hospitals, schools, and other public spaces could one day provide a powerful check on seasonal flu epidemics.

A study that examined more than 280,000 U.K. patients’ records suggests that people who took five common types of oral antibiotics (sulfa, broad-spectrum penicillins, fluoroquinolones, cephalosporins, or nitrofurantoin/methenamine) had a greater chance of developing kidney stones within a year.

Content created and supplied by: Dailynewstime (via Opera News )