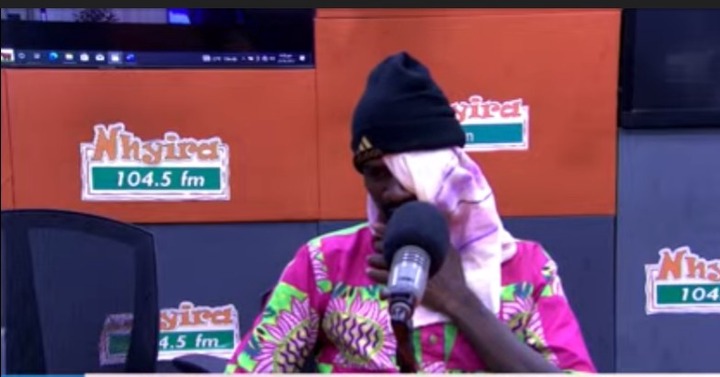 A man named Kwaku Bitia from the Northern region who is 33 old narrates his heartbreaking story about how one of his mysteriously got blind after he experience itchiness on it. According to the man he woke up one morning very healthy but starts having itchiness in one of his eyes, he rub it till it became red and it was very painful.

This condition happened to him three times, he then traveled to where his brother is staying in Kumasi to seek for medical treatment, his brother sent him to the hospital but was transferred to Okomfo Anokye Teaching Hospital for treatment, Kwaku reveals that he was diagnosed with cancer on the eye.

The doctors told him that he has to undergo surgery but due to the financial crisis, they were not able to afford the bills for the surgery. He went to seek herbal treatment but the pains he was experiencing became worse, and that eye too got blind. Kwaku said he went back to the Northern region, he again went to the hospital but still the doctors told him unless he undergoes the surgery before he will be recover from the illness.

The man said sometimes he bleed from the eye and even went unconscious three times. His family members thought he was dead but he woke up again after they organized his burial rites. According to his brother known as Simon, they have all contributed in seeking medical treatment and also herbal treatments for his brother but still, he has not recovered.

The man said he was called one day and was informed that his brother is dead, on his way coming for his going for his burial rites, their family members again called and told him that his brother has to woke up. The brother again said, Kwaku can bleed heavily from the eyes till he becomes unconscious. He concluded that they need financial help so that his brother will go for the surgery.