By Babaanatbreaknews (self meida writer) | 13 days

More than 50 million people in the UK have received at least one Covid-19 jab, according to official figures.

In Northern Ireland, the total number of vaccinations delivered by yesterday was 1.37m.

NHS chief executive Sir Simon Stevens said: "Since the launch of the largest vaccination programme in NHS history we have now delivered an average 10m vaccinations each month thanks to the hard work of NHS staff both planning the roll out and administering the jabs.

"More than nine out of 10 people aged 45 and over have received their first jab and everybody aged 40 or more is now eligible, so if you receive a text inviting you to join the millions already jabbed, please follow the instructions provided and book — it is simple, effective and provides protection for you and those you love against this dreadful virus."

Meanwhile, Boris Johnson has said the approach to foreign travel this summer will be sensible and cautious to avoid "an influx of disease".

The Prime Minister said there will be "some opening up" on May 17, but that things must be done in a way "to make sure that we don't see the virus coming back in" to the UK.

Mr Johnson told reporters during a campaign visit to Hartlepool: "We do want to do some opening up on May 17 but I don't think that the people of this country want to see an influx of disease from anywhere else.”

Asked if people should be planning foreign holidays, he said: "We will be saying more as soon as we can.”

"chopping and changing" of the travel corridors list introduced last year and said such a situation should be avoided this holiday season.

Speaking during a campaign visit to Lewisham, the opposition leader said he will "wait and see" what the Government announces.

He told reporters: "We need to be very careful. I think it's clear that the virus is increasing in some countries around the world, so we have to be very, very careful.

"What we can't have is a repeat of last summer, where the lists were chopping and changing on a daily or even weekly basis."

It comes as the European Commission proposed to ease restrictions on travel to countries in the bloc amid progressing vaccination campaigns and lower infection rates.

The commission said it is proposing "to allow entry to the EU for non-essential reasons not only for all persons coming from countries with a good epidemiological situation, but also all people who have received the last recommended dose of an EU-authorised vaccine". 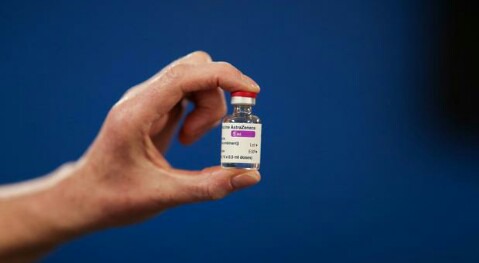 It was not said which countries would be on its list, but one unnamed EU official said the UK remains a "question mark”.

More jabs are expected to be taking in the few months to come so as to eradicate the virus ones and for all.

Content created and supplied by: Babaanatbreaknews (via Opera News )