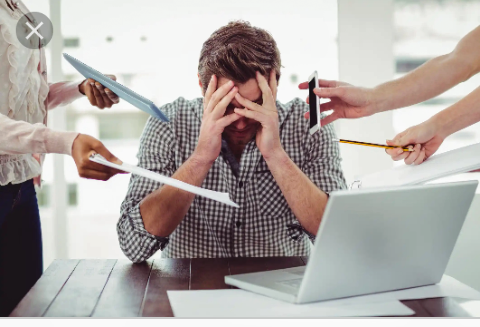 Here, I'll take you on a walk through the warning signs of two big human mental enemies: depression and stress. People tend to ignore these conditions, but they do result in the death of the majority of people, despite the fact that viruses are a more common cause of death than these conditions. But how can you deal with a disease you were completely unaware of? Here are some warning signs to look for if you're having trouble dealing with a persistent depression or lack of interest: For the treatment of depression

Changes in sleep, appetite, energy level, focus, everyday behavior, or self-esteem are some of these signs and symptoms. Suicide thoughts are often linked to depression. Depression is often associated with depression or bipolar disorder, a group of disorders that cause an elevation or decrease in a person's mood. Depressive disorders can be caused by a variety of factors, including poor mood control in the brain, genetic vulnerability, traumatic life events, drugs, and medical issues. However, there is no clear known cause of depression; it is a brain disease caused by a combination of genetic and environmental factors acting in concert. Taking India as an example, mental disorders are one of the leading causes of non-fatal disease burden in the country, according to studies; 197.3 million people in India had mental disorders in 2017, with 45.7 million people suffering from depressive disorders and 44.9 million suffering from anxiety disorders. Mental health problems are the leading cause of economic loss in India, accounting for 20% of all economic losses between 2012 and 2030, totaling $6.2 trillion. 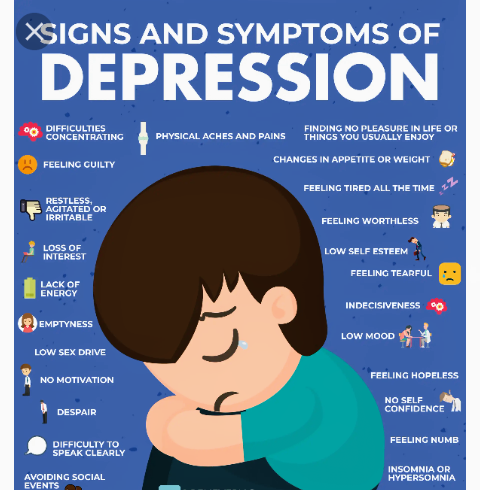 • Chronic stress, according to some reports, can play a role in the development of depression. Furthermore, traumatic life experiences were found to be substantially associated with depressive episodes in a study of 38 people with non-chronic major depression. Remember that although these studies indicate a connection, they do not prove that stress causes depression. More research into the role of stress in the onset of depression is needed.

• Family history, hormone levels, environmental factors, and even some drugs are all possible contributors to depression. High levels of stress have been linked to depression and depressive episodes in several studies.

• Anxiety, apathy, general disappointment, guilt, hopelessness, lack of motivation, loss of interest or enjoyment in sports, mood swings, or depression are all signs to watch out for in terms of your mood.

• Irritation, frequent weeping, irritability, restlessness, or social isolation are signs to watch for in terms of your behavior.

• Early waking, excessive sleepiness, insomnia, or restless sleep are signs and symptoms of your things. Excessive hunger, exhaustion, or lack of appetite are both examples of whole-body observation.

• In terms of cognition, you'll notice a lack of focus, sluggishness of movement, or suicidal thoughts, and in terms of body weight, you'll notice either weight gain or weight loss. Poor appetite is also normal, as is obsessively going over one's thoughts. 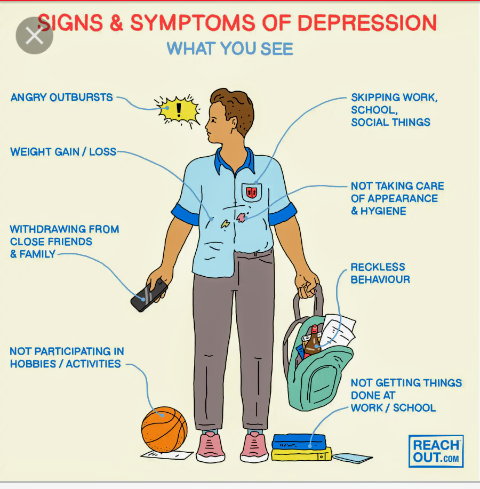 Stress, on the other hand, is characterized as a state of mental or emotional strain brought on by adversity. Most people experience stress at some stage in their lives. In reality, according to one survey, 33% of adults reported having high levels of perceived stress.

• Chronic pain has been linked to higher levels of stress as well as higher levels of cortisol, according to some reports. If you're always fighting the sniffles, it's possible that stress is to blame. Stress will wreak havoc on your immune system, making you more susceptible to infections.

• Stress is linked to fatigue and sleep disturbances, which can lead to a drop in energy levels. Stress can also cause sleep disturbances and insomnia, which can lead to exhaustion. During stressful times, many people notice shifts in their sex drives. Changes in libido can be caused by a variety of factors, including hormonal changes, fatigue, and psychological factors. According to some research, higher levels of stress are linked to lower levels of sexual desire, arousal, and satisfaction.

• It's normal to experience changes in appetite when you're stressed. High levels of stress can also cause digestive issues like diarrhea and constipation. For example, a study of 2,699 children showed that being exposed to stressful activities was linked to a higher risk of constipation. 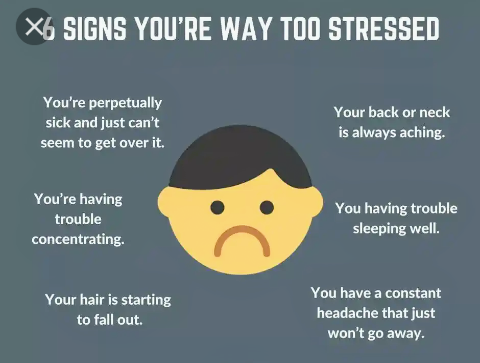 Psychological and emotional signs of stress

Stress manifests itself in both psychological and emotional ways.

Overwhelmed, unmotivated, or unable to concentrate.

Sleeping problems or sleeping too much.

You're having trouble remembering things or concentrating.

Aches and pains are a common occurrence.

Nausea and dizziness are common side effects.

Colds or the flu on a regular basis.

The bottom line is that we sometimes throw these terms around, such as stress and depression, without realizing the severity of these diseases. People of all ages are affected by this mental health disorder, which manifests itself as one or more recurring major depressive symptoms that may be mild, moderate, or serious. Stress and depression, on the other hand, are likely to strike the majority of people at some stage in their lives. Fortunately, there are a variety of methods for reducing stress and avoiding depression, which I'll discuss in more detail in my next article.

Auntie Philippa Is Just 78years Old, a Lay Pastor In Lighthouse And Ever Grateful To Bishop Dag

God Help Ghana: Babies Born Without Ears, Nose and Ears Because of Galamsey.