Is DNA Test Sufficient To Prove Paternity? No See Why 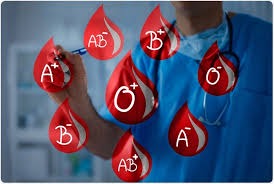 Can A Child have a different blood type or DNA From Parents?

This question goes beyond literacy, The answer is yes but in rare cases and it is known as chimersm. Sometimes even literate get this wrong.

Is There Evidence? Yes

In 2015, a man from Washington took a cheek swab paternity test that said he was technically his son's uncle, not his father. Further testing revealed that the man had different DNA in his saliva and his sperm. Genetic experts believed he was a human chimera, and he had absorbed some of his DNA from a fraternal twin's embryo, BuzzFeed reported.

A woman named Karen Keegan wound up in a similar situation. Tests said she wasn't the biological mother of her children, but it turned out that the DNA in her blood was different than the DNA in her ovaries. Doctors said her extra DNA most likely came from a fraternal twin — and in 2002 her story became a report in the New England Journal of Medicine.

Since twin loss occurs in an estimated 21 to 30% of multiple-fetus pregnancies, it's possible that many people are chimeras, but may never find out. One genetic expert told BuzzFeed that deliberately testing for chimerism is very difficult, and that there's no real need to do those tests in healthy people.Musician Taylor Muhl is also diagnosed with the same condition.

Scientific American explains that, when a mother is carrying fraternal twins, one of the embryos might die very early in the pregnancy. Then, the other embryo can absorb some cells from the deceased one. The resulting baby ends up with two sets of DNA.

In one study, researchers sampled tissue from 26 women who had died during pregnancy or just after giving birth to a boy. In every single sample, they found low concentrations of cells with Y chromosomes, according to the New York Times.

Another study looked at the brains of mothers who had boys. They found traces of male DNA in 63% of the women — even in a woman who was 94 years old, Scientific American reported. This suggests that microchimerism might last a long time post-pregnancy.

One microchimerism expert told The New York Times that scientists believe it's "very common, if not universal" among pregnant women. Just add it to the list of fascinating things that happen to a woman's body during pregnancy.

Bone marrow is the tissue inside our bones that's responsible for making white blood cells, red blood cells, and platelets. In bone marrow transplants, doctors use chemotherapy or radiation to destroy all the recipient's diseased bone marrow, then a donor's healthy marrow is put in its place.

The donor's bone marrow will keep on making blood cells that have the donor's DNA, according to a Scientific American report. That's how the recipient becomes a chimera. But can sometimes lead to mix chimerism.

Meet The 64 Year Old Lady Who Did 52 Surgery To Look Younger, Checkout Her Photos Before Surgery

Checkout The Name And Purposes Of The Little String On Banana

Will they continue to treat the students like this forever?

Epilepsy In Children: Five Things You Should Never Bring Closer To An Epileptic Patients