By Business&amp;amp;Leaders (self media writer) | 1 month ago

A New Patriotic Party (NPP) Regional Secretary aspirant for the Western Region, Mr Charles Cobbina, has organised a one-day free health screening exercise for the hundreds of delegates who thronged the George Grant University of Mines and Technology campus during the Western Regional Delegates Conference of the NPP in Tarkwa in the Tarkwa-Nsuaem Municipality. 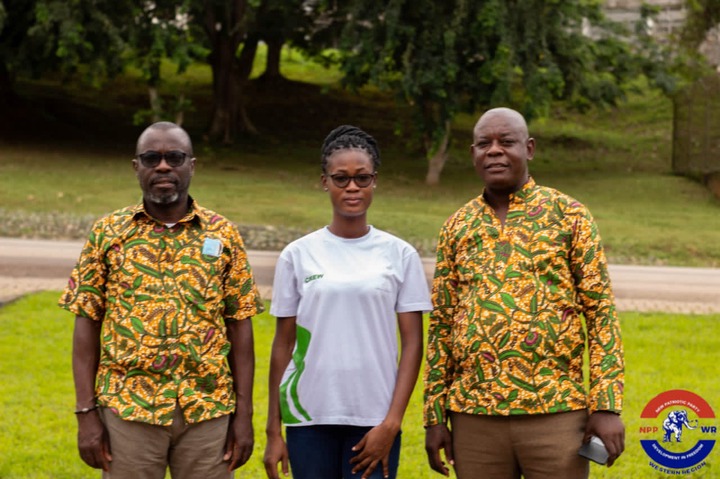 The exercise was aimed at providing an opportunity for the beneficiaries to be screened for various health conditions, including blood and glucose content levels, hypertension and body mass index (BMI) among others with a corresponding free medicines such as multivitamins, antimalarials and dewormers among others with regards to their needs.

The occasion was also used to observe the Breast Cancer Awareness Month as well as educating the populace both males and females on some risk factors, symptoms and myths of breast cancer whereas some female patrons were also taught the correct procedure for self-breast examination.

The initiative, dubbed, “Ahwenepa Nkasa Medical Tent” was carried out in collaboration with members of the Kempes Health Campaign Team made up of health professionals, communication experts and philanthropists led by Dr Papa Kwaw Miezah Yankey, Medical Officer and six (6) nurses drawn from the Western Region.

Dr Yankey disclosed that majority of the beneficiaries were stable clinically, though about 45% of them had been diagnosed with various non-communicable disorders predominantly, Hypertension and diabetes with about ten (10) of them being newly diagnosed of hypertension and thus referred for further management.

For the stable clients, he said there were one-on-one counselling sessions aimed at addressing issues of non-compliance such as side effects of some commonly used oral antihypertensive amidst the repercussions of the non-compliance. 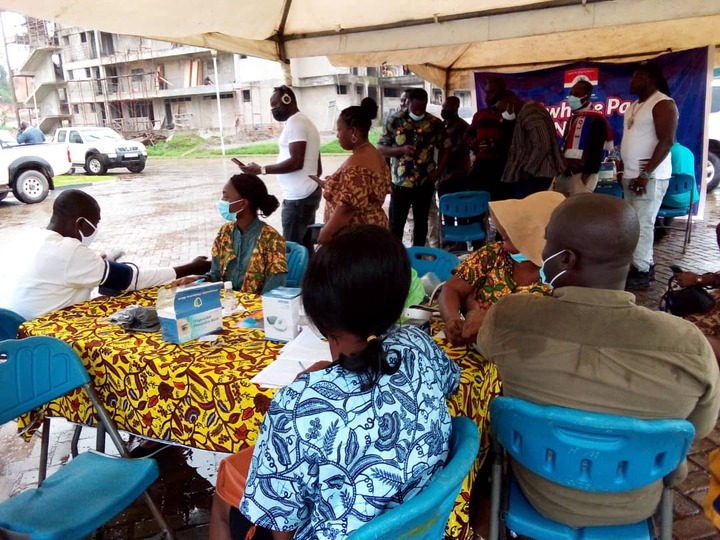 Those with immensely high Blood Pressures were directed to the various nearest health facilities for further management while others who had been diagnosed of impaired glucose tolerance and diabetes mellitus received counselling on diet therapy and compliance with oral hypoglycemic agents.

Some of the beneficiaries interacted with after the exercise expressed gratitude to the aspirant Mr Cobbina and the “Ahwenepa Nkasa Medical Tent” for having had the chance to be screened for certain diseases, as well as having been educated on healthy lifestyle and urged the Team to continue with its good work.

Madam Anasthasia Ocran, Spokesperson of the Kempes Health Campaign Team indicated that the exercise was to provide health support to people and introduce to them the interest of Mr Charles Cobbina towards their health and wellbeing.

She announced that the expectation of the Team was to show love and support to Ghanaians through the provision of various health care assistance, and to attend to the health needs of the people which included giving medical advice and tips to remain healthy.

She added that some of the beneficiaries who were identified as suffering from malnutrition, were counselled on a good diet and were also given some food supplements while education on healthy lifestyles that would enable them to avoid diseases such as diabetes and hypertension, among others were also given.

Madam Anasthasia noted that most members of the public were ignorant of their health status, and that situation often resulted in disease complications and the resultant high cost of treatment or loss of lives in the long run and therefore, appealed to the public to make their health a priority, just as they treated their work and its related matters.

Mr Charles Cobbina, known in political circles as Kempes, explained that regular medical checkup was part of a healthy lifestyle and for that matter the Team believes that to sustain a stronger party, members must have a sustained good health of the regime, hence, the reason for the Ahwenepa Nkasa Medical Tent.

He indicated that though he has an interest in the upcoming NPP Regional Elections as Secretary aspirant, he has profound interest in the general good and welfare of fellow patriots, and would be glad to introduce the Prioritize Patriots Development (PPD) initiative to help the NPP party to become much more stronger in the Western Region.

Content created and supplied by: Business&amp;amp;Leaders (via Opera News )