By InfoLab (self meida writer) | 22 days

Social media has definitely been the shake-up of this era in human history. It allows us to scroll endlessly at people's lives that look just like ours or those that we aspire to be but the truth is for all of the changes and wonder, it seems to be doing more harm than good to our psyches. You don't believe me? Read on to find out 10 ways social media is destroying your life. 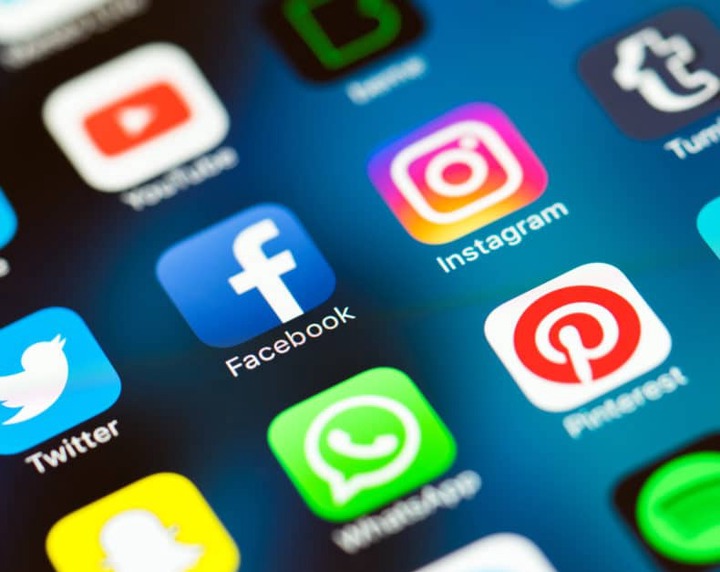 1. It Robs You of Quality Time with Yourself and Others

Study after study has shown the increased time we are spending scrolling on our phones as opposed to interaction with friends and family. Not only does it outright keep us from seeing and interacting with those that we love, but it also prevents us from forming new and meaningful relationships.

The journal of social and personal relationships ran a study asking 34 pairs of strangers to have a conversation; half in the presence of a phone or a tablet and half without. There was a huge difference in the quality of conversation and also the group's positive perception of the other person based on the phone's presence. Obviously, those with a phone and no eye contact were not as engaged in the conversation and less likely to consider the person for a future friendship.

It's a well-known fact that all the artificial light in modern life has disrupted our natural sleep rhythm and is inhibiting the body's production of melatonin. But even after the lights are out, we continue to stare into the blue light of our screens well into the night. This interaction with our phone and laptop is the main contributor of blue light emissions in our daily life.

The bright light at bedtime completely messes with the circadian sleep rhythm as does the obsessive checking twitch we develop as notification icons reel us back in every time we're about to put our phones down. This shot of adrenaline and endorphins gives us mental stimulation and we're awake again.

3. It Makes You Waste Money

Scrolling through lavish feeds of travel, music events and the fine dining images might not just be driving up your jealousy but also drying up your wallet. The Schwab’s 2019 modern wealthy survey found that 49% of millennials have been influenced by social media to spend more lavishly than they should.

The journal of consumer research also linked heavy social media use to higher levels of credit card debt and a higher body mass index so not only is social media harming you by driving you into debt, but it's also making you fat.

Social media is built around compulsive behaviours. It literally plays on all the flaws in our biological makeup that lead us to feel completely hooked without realizing it. As early as 2011, Daria Kuss and Mark Griffiths from Nottingham Trent University in the UK analysed 43 previous studies about social media addiction and concluded it’s a mental health problem that may require professional treatment.

If you want to gain independence and recovery from social media, begin by disabling notification bells, buttons and icons that keep you checking out of curiosity. It'll also mean your attention isn't always interrupted with beeps and pings all day long.

While you're busy scrolling, your house chores didn't get done, your grades dropped and you did nothing that'll get you closer to your dreams. Social media is sapping your time and energy and distracting you from your real-life obligations. Some platforms keep you scrolling for as long as humanly possible and as soon as they feel your attention decline, they drop a notification that strings you back in again. All that time spent liking, retweeting, commenting and copying TikTok dances isn't going to get you to billionaire status, give you a happy marriage or take off any items on your bucket list.

6. It Increases Anxiety and Depression

A huge amount of research has been published about the links between anxiety and social media use; one study published in the journal Computers in Human Behaviour showed those using seven or more social platforms are three times more likely to experience anxiety than those using fewer than two platforms.

The link between depression and social media is a lot more complicated and often linked to the quality of interactions. There are different ways people experience social media; while it could be a place for people to find their tribe and access support, others feel the time spent on those platforms are wasted.

7. You Can't Figure Out What's Real

Not only does social media make it hard to know if people really have such huge dough, eyes or if it's just a filter but it's also a struggle to get to the bottom of fact versus fiction. Social media can have us believing some pretty trippy stuff when we go down a rabbit hole of misinformation. Just because there are more and more articles justifying the means and a ton of followers doesn't mean something is more credible. Trust scientific fact that’s peer-reviewed by experts and you won't get caught up in the hype sell all of your earthly possessions and move into a bunker.

8. You Struggle To Connect With People

There was a time in the innocent days of social media when it was still a reflection of the fun we were having in real life but ironically, so much social media interaction has now affected our ability to really participate being able to fire back. Quick one-line responses without seeing someone's emotional response on their face is creating emotionally inexperienced people, not having to navigate a situation through to the end because you can just block someone if you share something vulnerable and it isn't well-received isn't teaching us resilience or any kind of skills we need to thrive in a social society.

9. Despite Being Connected, It Causes Loneliness

Social media isn't all the web of connectedness it makes it out to be, just like having more or fewer options in the chocolate aisle doesn't cure our craving. Of 7000 people from the ages of 19 to 32 surveyed by the American Journal Of Preventative Medicine, those who spent the most time on social media were twice as likely to report experiencing social isolation.

So although essentially being social most of the day, you're not feeling a sense of fulfilling relationships or belonging; the main reason is that time spent on social media displaces interacting face to face, which drives up an idealized representation of relationships with others that can't be matched in real life. It becomes a vicious cycle of sabotaging real-time relationships for glossy fictional constructed social posts that don't bring real fulfilment.

10. Social Media is Infantilising the Brain

What do small children love? Buzzing noises and bright lights. How many times can a child listen to the same song without getting tired of it? Think of the tantrums children have when their desires are not immediately attended to. Instant gratification is what it's all about when we are small children.

Our brains become like children on social media according to many experts; we have short attention spans, we can't empathize with people, we don't really know who we’re and we're only drawn to sensationalism like the trending Akuapem Poloo’s issues.

Social media is a great invention; it has made communication effortless and even become a powerful tool for marketing but the senseless scrolling and replies all the time can be draining, demotivating and even soul-destroying. So put down the phone, go out, and start creating meaningful relationships with yourself and others.

Thanks for reading and see you in the next article.