By showboylamar (self media writer) | 7 months ago 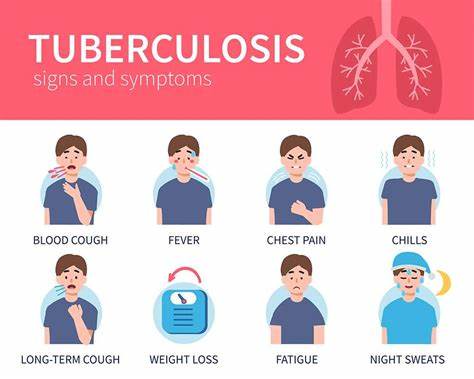 Tuberculosis (TB) is a potentially serious infectious disease that mainly affects the lungs. The bacteria that cause tuberculosis are spread from person to person through tiny droplets released into the air via coughs and sneezes. Once rare in developed countries, tuberculosis infections began increasing in 1985, partly because of the emergence of HIV, the virus that causes AIDS. HIV weakens a person's immune system, so it can't fight the TB germs.

In the United States, because of stronger control programs, tuberculosis began to decrease again in 1993. But it remains a concern. Many tuberculosis strains resist the drugs most used to treat the disease. People with active tuberculosis must take many types of medications for months to get rid of the infection and prevent antibiotic resistance.

Although your body can harbor the bacteria that cause tuberculosis, your immune system usually can prevent you from becoming sick. For this reason, doctors make a distinction between:

Latent TB. You have a TB infection, but the bacteria in your body are inactive and cause no symptoms. Latent TB, also called inactive TB or TB infection, isn't contagious. Latent TB can turn into active TB, so treatment is important.

Active TB. Also called TB disease, this condition makes you sick and, in most cases, can spread to others. It can occur weeks or years after infection with the TB bacteria.

Signs and symptoms of active TB include:

Coughing for three or more weeks

Coughing up blood or mucus

Chest pain, or pain with breathing or coughing

Tuberculosis can also affect other parts of your body, including the kidneys, spine or brain. When TB occurs outside your lungs, signs and symptoms vary according to the organs involved. For example, tuberculosis of the spine might cause back pain, and tuberculosis in your kidneys might cause blood in your urine.

When to see a doctor

The Centers for Disease Control and Prevention recommends that people who have an increased risk of tuberculosis be screened for latent TB infection. This recommendation includes people who:

4.Are from a country where TB is common, such as several countries in Latin America, Africa and Asia

5.Live or work in areas where TB is common, such as prisons or nursing homes

6.Work in health care and treat people with a high risk of TB

7.Are children who are exposed to adults at risk of TB