People Nicknamed Him The “TURTLE BOY” For Having A Rare Condition. Check Out His Transformation Now…

By Noble_Eugene (self meida writer) | 13 days

A boy’s mole grew so big that by the age of six it covered his entire back like a turtle’s shell, earning him the nickname of Turtle Boy.

This rare birthmark, called Congenital Melanocytic Nevus (CMN) affects around 1 in 20,000 newborn babies but a top surgeon described Didier Montalvo’s condition as the worst he had ever seen.

Didier’s life was severely affected by the growth, covering more than half of his body circumference, both in the painful itchiness of his skin and how it affected his confidence. He and his family were shunned by villagers in his home in rural Colombia in South America and his mother Luz, was even blamed for Didier’s condition because, she looked at a solar eclipse while pregnant.

The family were too poor to pay for surgery. But his life changed when his touching story was featured in a local newspaper and a flood of donations poured in.

While they could now afford for an operation, the life-changing surgery was still by no means going to be an easy operation. In fact it would be painful, dangerous and complicated.

A plastic surgeon from Great Ormond Street Hospital (GOSH) in London went over to Colombia to help the team operate on Didier. 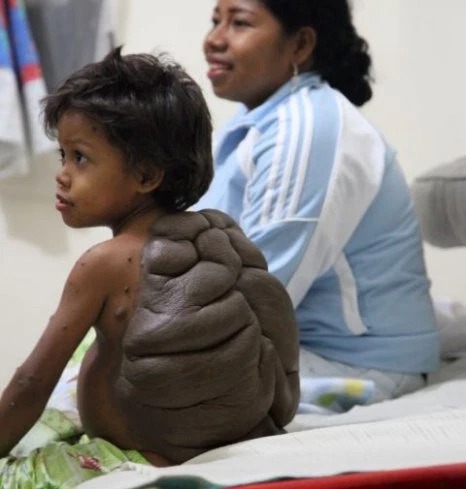 Dr Neil Bulstrode has operated on dozens of children with CMN, but never one as extreme as Didier’s. He said: “Didier’s CMN was the worst case I had ever seen due to the size and bulk of the lesion. Three quarters of the circumference of his body was affected. Often people have CMN that are much flatter and are therefore much easier to care for and deal with. However, this did not stop Dr Bulstrode from wanting to help remove the growth and let Didier ditch the Turtle Boy nickname.

The surgery was successful. The full drama of the surgery was documented. Dr Bulstrode said: "It was great to be able to pass on our knowledge and skills, helping to get a great result for Didier.”

As you can see from this picture there is a happy ending. 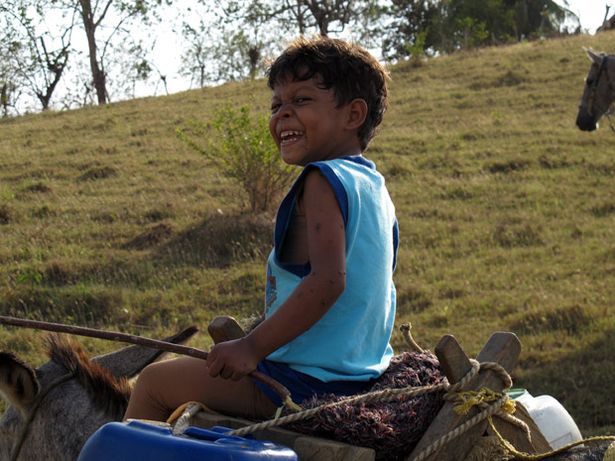 A picture of Didier today.

Checkout Some Superb Photos of Japanese Model, Who Has Been Flaunting Her Gargantuan Backside

Mike Tyson and three others who tried to domesticate wild animals but ended in tragedies.

The Secrets Of A Successful Long Distance Relationship

Opinion: The Tiny Hole Above Your Ears? This Is What It Means

Sad news: see what has happened to this handsome football legend.