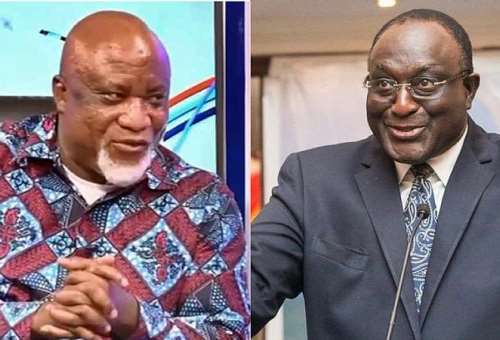 "After bussing people from all the 16 regions across the country to embark on a health walk that was widely projected to have only people within the Ashanti Region participating in it, another anticlimactic event drowned the little that was left of the procession."

PK Sarpong asserted that, the comments from Hopeson Yaovi Adorye blemished the whole event. For him to have said that only the antecedents of Busia and Danquah have led this tradition as flagbearers and presidents with Dombo always taking the second spot is more or less creating the impression that Dombo’s people should be treated as second fiddles in our party. 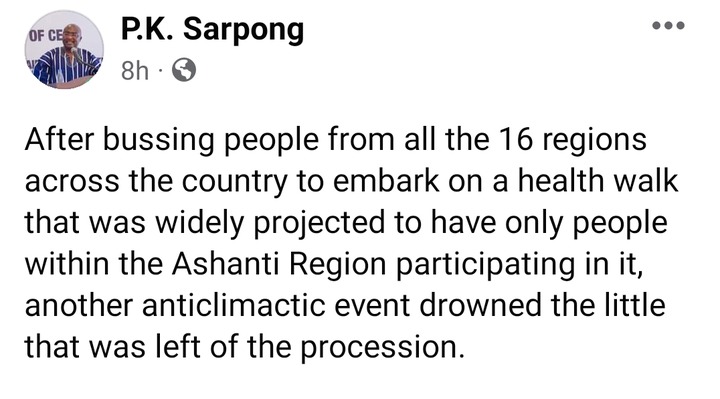 His comments sought to dwarf and continue to promote the phenomenon of not giving Dombo the recognition due him. It feeds into the narrative that the NPP doesn’t recognize the true worth of Dombo or people related to him. PK remarked.

He added that, some of the organizers are not prepared to concede that this faux pas from Hopeson is a promotion of the marginalization many a Ghanaian continues to hold against the NPP.

There is no better interpretation of his comments than the one that party people from the North ought not to be given the same opportunities given to those from the South in who leads the party into general elections. 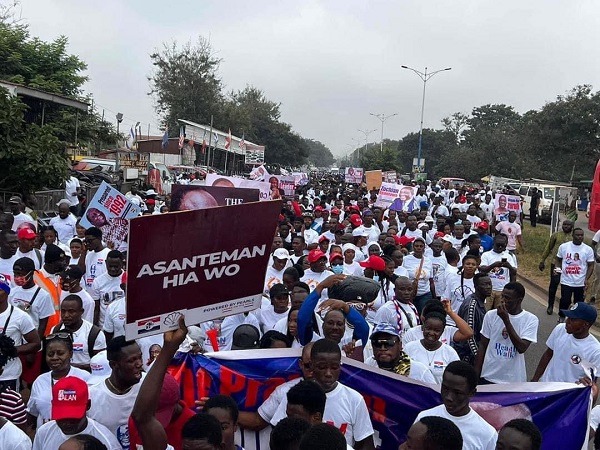 The comments were reprehensible and same must be censored by the leadership of the party. If this is the angle Hon. Alan Kyeremateng’s team members would go, then we have a lot to do as a party going into the presidential primaries. PK Sarpong lamented.