If you notice these changes in your body, note that it is this disease.

By AJGhananews (self meida writer) | 14 days

What Are the Symptoms and Signs of Tuberculosis (TB)?

TB is a bacterial infection that usually occurs initially in the upper part (lobe) of the lungs. The body's immune system, however, can stop the bacteria from continuing to reproduce. Thus, the immune system can make the lung infection inactive (dormant). On the other hand, if the body's immune system cannot contain the TB bacteria, the bacteria will reproduce (become active or reactivate) in the lungs and spread elsewhere in the body. 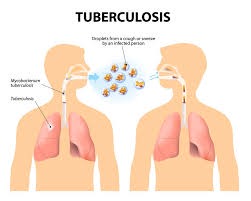 It may take many months from the time the infection initially gets into the lungs until symptoms develop. The usual symptoms that occur with an active TB infection are:

a generalized tiredness or weakness,

If the infection in the lung worsens, then further serious symptoms can include:

coughing up of sputum (material from the lungs) and/or blood (hemoptysis), and

If the infection spreads beyond the lungs, the symptoms will depend upon the organs involved.

How does a doctor diagnose tuberculosis?

TB can be diagnosed in several different ways, including chest X-rays, analysis of sputum, and skin tests. Sometimes, the chest X-rays can reveal evidence of active tuberculosis pneumonia. Other times, the X-rays may show scarring (fibrosis) or hardening (calcification) in the lungs, suggesting that the TB is contained and inactive. Examination of the sputum on a slide (smear) under the microscope can show the presence of the tuberculosis-like bacteria. Bacteria of the Mycobacterium family, including atypical mycobacteria, stain positive with special dyes and are referred to as acid-fast bacteria (AFB). A sample of the sputum also is usually taken and grown (cultured) in special incubators so that the tuberculosis bacteria can subsequently be identified as tuberculosis or atypical tuberculosis. Traditionally, sputum is collected for three successive mornings and then examined. A recent study in Africa and the Middle East suggested that these specimens could be collected on the first visit and then the next morning. The study suggests that collecting specimens in fewer visits will help identify a greater number of patients in need of treatment in resource-limited locations.

A new technology, light emitting-diode fluorescence microscopy (LED-FM), a type of smear microscopy, is more sensitive than the standard Ziehl-Neelsen AFB stain to identify the bacteria. This test is faster to perform and again may help identify a greater number of patients in need of therapy quicker.

Several types of skin tests are used to screen for TB infection. These so-called tuberculin skin tests include the Tine test and the Mantoux test, also known as the PPD (purified protein derivative) test. In each of these tests, a small amount of purified extract from dead tuberculosis bacteria is injected under the skin. If a person is not infected with TB, then no reaction will occur at the site of the injection (a negative skin test). If a person is infected with tuberculosis, however, a raised and reddened area will occur around the site of the test injection. This reaction, a positive skin test, occurs about 48-72 hours after the injection. When only the skin test is positive, with our without evidence of prior TB present on chest X-rays, the disease is referred to as "latent tuberculosis." This contrasts with active TB as described above. 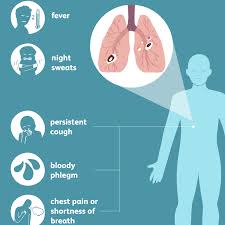 If the infection with tuberculosis has occurred recently, however, the skin test can be falsely negative. The reason for a false-negative test with a recent infection is that it usually takes two to 10 weeks after the time of infection with tuberculosis before the skin test becomes positive. The skin test can also be falsely negative if a person's immune system is weakened or deficient due to another illness such as AIDS or cancer, or while taking medications that can suppress the immune response, such as cortisone or anticancer drugs.

Remember, however, that the TB skin test cannot determine whether the disease is active or not. This determination requires the chest X-rays and/or sputum analysis (smear and culture) in the laboratory. The organism can take up to six weeks to grow in culture in the microbiology lab. A special test to diagnose TB called the PCR (polymerase chain reaction) detects the genetic material of the bacteria. This test is extremely sensitive (it detects minute amounts of the bacteria) and specific (it detects only the TB bacteria). One can usually get results from the PCR test within a few days. In patients who have active tuberculosis, the Xpert MTB/RIF assay detects more than 95% of pulmonary TB on a sample of a patient's sputum if the sputum smear is positive for AFB. In cases in which the smear of the sputum shows no organism, this assay detects TB 75% of the time. This assay also can determine if the organism is resistant to rifampicin, a commonly used drug for treatment

Content created and supplied by: AJGhananews (via Opera News )