Must Watch: Children Call For Help As They See Their Mother Dying Slowly Every Day.

By SamColeNews (self meida writer) | 18 days Most times, we hardly visit our sick friends and family members but once they have gone for good, we rush to attend their funerals and regret the time that we did not spend with them to show how much we love them. This article is about a woman who is dying from a disease her children know nothing about it and cry not to let their mother die.

According to the children, they have tried every means that they could but could not treat their mother. They live with their father who spends most of his time at work to bring food home. Sometimes, he fails to bring food home because of his nature of work and stays home to take care of his wife. At times, it is very sad when the children hear their mother calling for help.

This all started years ago when my mother pregnant. She was normal just like any other mother. We were very poor but at least we shared happiness and this kept our worry at a lower rate. This happiness did not last for a long time until our mother was sick. The pain started from her throat and because it was unbearable to her, we took her to the hospital. Later, her neck too got swollen.

Later, she was again taken to the hospital for treatment and we did not expect it to be something serious but this time around, it was. When we got to the hospital, the doctor told us that the only treatment for her was to go under surgery. This was very difficult for us since we were very poor and had no money for the surgery. We sold everything that we had just for her to under the surgery as treatment.

She underwent the surgery and everything seemed okay. This was the happiest moment for our family because we thought everything had come back to normal. Little did we know that what we had in mind was all wrong. When she was operated on, the doctors told her part of her body had damage. A few days later, the sickness came back again and this time, it was not in her throat anymore but had moved into her head.

My mom ignored the pain that she was going through and kept going to work so that my younger sister can start going to school. My mom goes digging on people's farm and washing clothes for money and this was what kept the family going. Later, things began to change from what we had thought. We took her to the hospital again and the doctors said they do not deal with such disease and gave her transfer to the city for better medical attention.

My mom ignored the words of the doctor not because she did not want to go but we were poor and could afford could not afford her her treatment there. Now, she feels a lot of pain in her head and sometimes she feels like there water in her head. I am supposed to sit for the national examination this year so that I can move to secondary school next year but because of my mother's situation, I do not know how things would be.

The place we are living right was given to us by a good samaritan for a short period and when the time is due, he will sell the house.

We are going through hard times and my wish is for my mother to get treated so that she will not die because she keeps saying that she is in her last days. 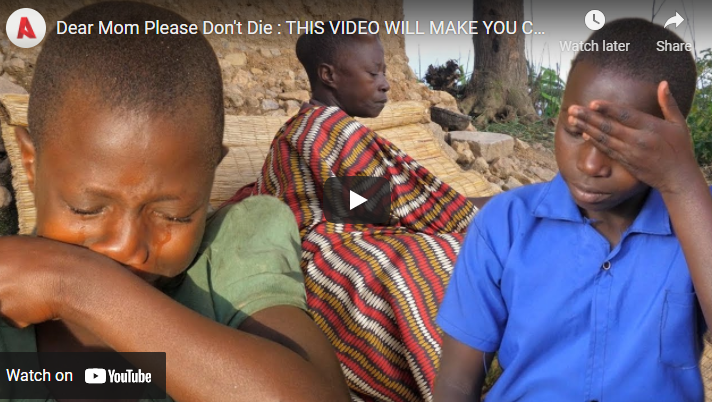