Health Risk People In This Blood Type May Face

Having a non-O blood group is associated with an increased risk of death, particularly from cardiovascular disease (such as ischemic heart disease and stroke). These results could be used alongside of other measures for weighing up risk of death from certain diseases.

Determination of the blood group is based on genetic inheritance from our parents. The differences in the blood groups are brought about by variations in the antigens – molecules– found on the surface of all human cells, including red blood cells. The main blood group system, in humans, consists of four types: A, B, AB and O.

Researchers from the US National Cancer Institute and Tehran University of Medical Sciences studied a cohort of 50,045 people over the age of 40 in Iran since 2004. All participants were initially interviewed and their blood type determined. This cohort was followed-up on a yearly basis with a follow-up rate of 99%. 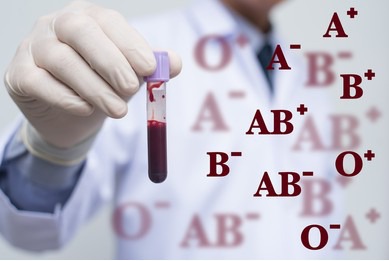 Although many health impacts of blood groups, such as cardiovascular disease and cancer, have been studied before, this is the first study to look at blood groups and longevity in the general population. The researchers also found that cholesterol levels are higher among certain blood groups.

They believe that although some of the increase in mortality could be due to these differences in cholesterol levels, the effect of blood group antigens on blood coagulation and thrombus formation is another important mechanism, but further studies are needed to verify this.

These results may have implications for risk screening in individuals with certain blood groups. Doctors assess the risk of cardiovascular disease and death based on several ‘risk factors’; some of these factors such as smoking and obesity are modifiable, and some like age and sex are not.

So we should probably consider people’s blood type as a potential non-modifiable contributor to the risk, and doctors may, in some cases, choose to consider a more vigorous approach to targeting modifiable risk factors among people with non-O blood types.