Forget Ronnie Coleman, Meet The Strongest Man Of His Time Who Could Carry 5 Adults On His Stomach 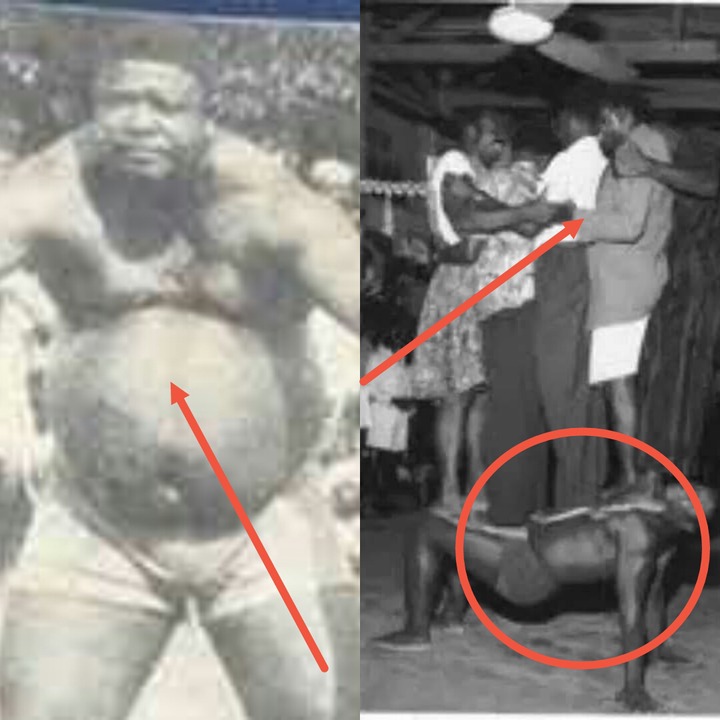 Some are born weak, others strong like Samson and they have used their strength in a positive way to make an impart. One of such men is Nwaozize “Killiwe” Nwachukwu who was born in 1932. This strong giant was born in Nigeria's State of Abia into the Igbo family of Nwachukwu.

His immense strength and physique was above the average human and he discovered this when growing up and worked to develop huge muscles to fit his body. At his peak, he exhibited great talent when he performed to excite large crowds gathered to watch his show of strength and ingenuity. 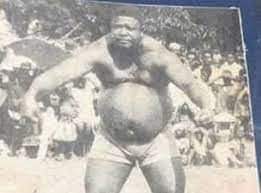 Some phenomenon feat by this legend includes his ability to pull back a moving 504 peugeot salon car with the rope attached to it in between his teeth. With his hands supporting his upper body he was able to carry five adults on his stomach, halted a pickup fully loaded truck in motion at a speed of 40km/ph from moving whiles standing firmly on his legs.

News about this super human being with extraordinary strength spread swiftly across the length and breadth of Nigeria as he travelled around the country his fame increased rapidly. 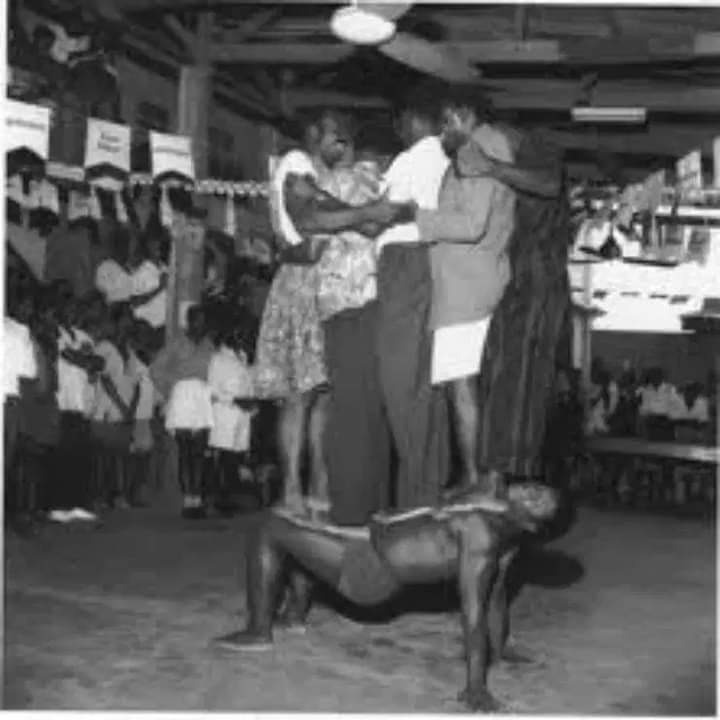 A man who could Carry ten bags of cement on his stomach, a feat few could do as an average person could Carry only one or two bags of cement. Many were his achievements but he was locally recognized within Africa and couldn't attract foreign attention due to lack of support and financial constraint.

Once, upon a time "Killiwe" as he was popularly called fought another strong man called "Tick man" due to his huge stature, wrestled and thrown him to the ground easily after engaging him in a heated argument over money. The incident occurred when KilliWe had brought goods for Tickman and disagreed over the money. 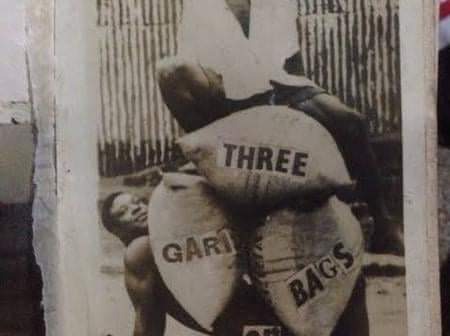 Tickman for several minutes laid motionless and couldn't move a finger. His wife upon hearing what has transpired, stormed the scene with a pestle but Killewe Snatched it like a stray from her and she quickly landed on her husband's stomach. This victory increased his charisma and he later became known as "KilliWe Nwachukwu" the Strong man.