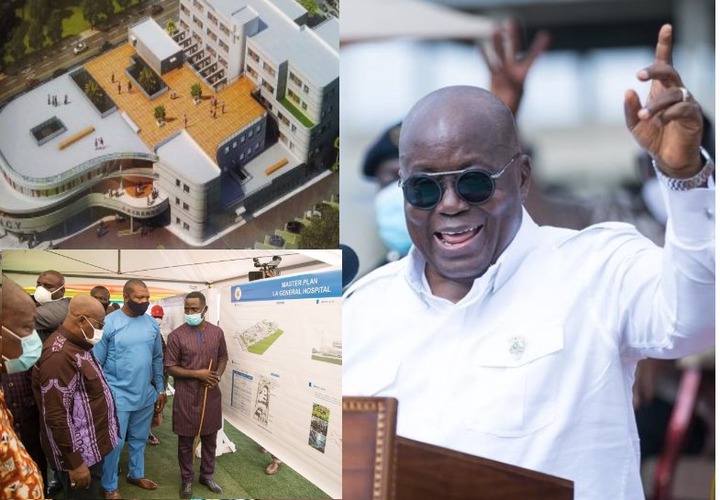 Ghanaians were made to believe that the investment required for the construction of district hospitals across the country was ready. Credit was given to a stream of funding sources including Sinosure and Standard Charted Bank for this mega project in Ghana.

The promise to build these ultra-modern hospitals with a minimum of 100 bed capacity and other critical facilities across the country was first announced by the President in his eight (8th) address on COVID-19, in April 2020. The first promise assured of the construction of eighty-eight (88) district hospitals to shore up health delivery and enhance our response to emergent care and as well as the coronavirus infections.

Months later, the promise was revised. President Akufo-Addo came out in another address promising an increase in the number of hospitals to be built as part of his health infrastructure project. An additional twenty-three (23) hospitals was announced, thereby putting the total hospitals to one hundred and eleven.

This came with a grand announcement of the Agenda 111 during the sod cutting ceremony of the La General Hospital, and this followed with the Sharma District Hospital, and then the Eastern Regional Hospital project. This announcement was received with some excitement as the project promised to level up access to basic health services across the country, especially for the newly created regions.

Inspections were conducted a a series of sod cutting ceremonies ensued in August 2021. In the words of the President and his Minister for Health, Kwaku Agyeman Manu contractors were to assume work right after the sod cutting ceremony as there were no hold-ups associated with these projects. 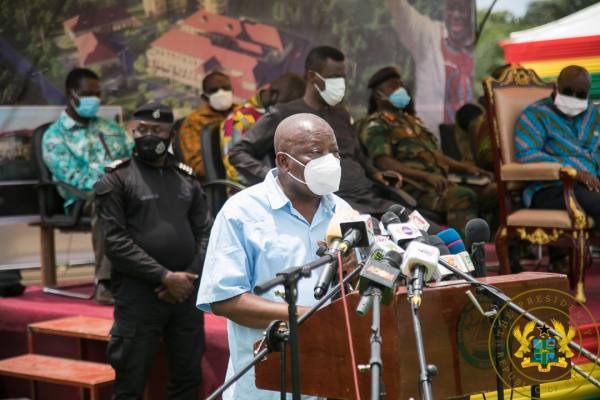 But then reality set its own check on this promise. Five months after the ceremonious groundbreaking exercise, not a single contractor was seen on site. This gave room for the opposition National Democratic Congress (NDC) to run down the government for deceit.

They came up with the infamous tag "Sakawa Projects" meaning the projects were a scam, and only meant to win votes from the Ghanaian people. This compelled the government to revise it's dates for the commencement of the projects and even find excuses for not starting others.

It's over a year now, and as Ghanaians were losing hope of having this promise actualized, the government is out there again to renew it's vow with the people. Is it simply a repackaged political scam, or a true and genuine attitude to deliver?

Yesterday's briefing did not present anything new but ordinary as the story keeps repeating itself as a slogan "Agenda 111". This isn't what Ghanaians expected.

Well this time, the citizens can take a bite on the government if it fails once more. There is an assurance that work on some of these projects will begin this week.

Trust me, the political and media satellites will be on every determined project site to validate claims. More so, the campaigners of the #FixTheCountry will have a cause to assess progress of these projects and acknowledge the government for at least responding to their call.

But how confident is the Ghanaian in the government to deliver on this 111 hospital projects in just three years remaining of the Akufo-Addo led government? His legacy hinges strongly on this project, and should there be any setback, the political fortunes of the NPP will be in the shadows.