By [email protected] (self media writer) | 23 days ago

If you’re among the 10–30% of adults who have difficulty falling or staying asleep, you may be looking for ways to get more rest.

Drinking an herbal tonic, like lemon-ginger tea, could be a soothing bedtime ritual to help put the day behind you.

Lemon-ginger tea is exactly what it sounds like: a gentle herbal infusion of fresh lemon and ginger — with a bit of sweetener like honey or agave nectar, if you so choose. 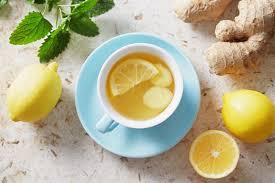 You might be wondering if lemon-ginger tea has any unique health benefits. While it may not make you sleepy, it might help you wind down and relax and provide other benefits.

This article examines 4 benefits of bedtime lemon-ginger tea and explains how to make it.

If chronic indigestion or a heavy dinner keeps you up later than you would like, a cup of lemon-ginger tea may be a great tonic before you head for bed.

Ginger (Zingiber officinale) is a root long used in alternative and folk medicine for its ability to alleviate the delayed emptying of your stomach. 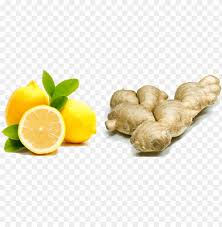 Ginger has long been touted for its ability to alleviate nausea, which many people experience during pregnancy or chemotherapy, among many other situations. According to research, consuming 1–1.5 grams of ginger per day may be enough to get an anti-nausea effect.

One review article found that ginger prevented and reduced nausea and vomiting related to chemotherapy in half of the studies assessed.

SWhile scientists haven’t pinpointed how ginger works to reduce nausea, they recognize gingerol as one of the primary plant compounds responsible for this effect. 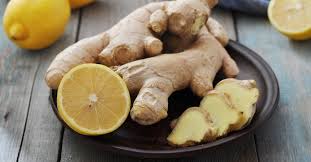 Ginger appears to be most effective at helping stave off nausea related to pregnancy. However, it seems less effective at preventing vomiting .

A lemon-ginger infusion is generally regarded as safe during pregnancy.

Still, to be on the safe side, speak with a healthcare professional if you’re interested in trying it and if you’re close to labor or have a history of clotting disorders or pregnancy loss .

The steam generated from your hot lemon-ginger infusion may help open up your nasal cavities — helping clear a stuffy nose. Drinking something warm also soothes a throat sore from mucus buildup.

Although these effects are mostly anecdotal and supported by folk medicine, they may be useful to keep in mind during cold and flu season or if you experiencing seasonal allergies. 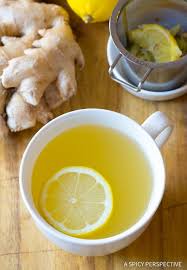 Lemon-ginger tea won’t cure you of any of these, but it may help loosen up congestion, allowing air to flow through your nose a little easier.

When constipation stems from dehydration, relaxing in the evening with a warm cup of lemon-ginger tea may help since water helps stool pass through your digestive tract more easily. 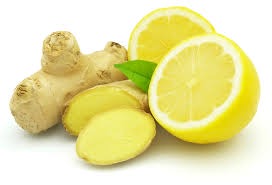 If you feel chronically constipated, be sure you’re drinking enough fluids throughout the day, too.

Speak with a healthcare professional if you have trouble having a bowel movement or have them less than three times a week.

Ladies, Check Out This 5 Things That Men Want From You But Maybe Shy About It

Attractive ankara tops for any occasion

Ladies, Here Are Signs You Are Carrying A Healthy Baby