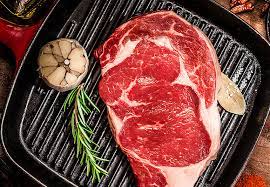 A recent study, by a group of scientists from Australia, Italy, Poland, and Switzerland set out to look into the links between meat consumption and life expectancy, has found correlation between the two that might shock you.

According to him, at 5-years-old, our life expectancy is majorly influenced by genetics.

The debate on the effect of our diet and nutrition on our health has been a long lasting one.

For the purpose of this study, researchers collected data from 175 countries across the world that had been gathered by the Food and Agricultural Organization of the United Nations.

Their findings determined that countries that had a higher meat intake had a higher life expectancy after which the scientists concluded that there was a correlation between the two.

The FAO shows the leading meat-consuming countries as Hong Kong, the US, Australia, Argentina, and Spain. In comparison, the bottom five were Ethiopia, Bangladesh, the Democratic Republic of Congo, and Burundi.

The researchers asserted that their “population-based” study provided an accurate link between longevity and meat. However, the difference between these two groups did account for many other factors that could also add to the life expectancy of these five nations.

It is very important to note that many of the nations listed in the latter five do not have clean water or good public health facilities. Also, there are many other differences between first-world and third-world nations.

While I won't say that their article didn’t find a connection between meat consumption and longevity, it’s safe to say this study is largely flawed as there are many other things to consider.

It is also worth noting that in the study itself, cited the Lancet Public Health dietary advice that suggests eating an increased amount of meat.