Presidential Staffer, To Land In Big Trouble, After Making Fun of Muslims, As They Celebrate Today?? 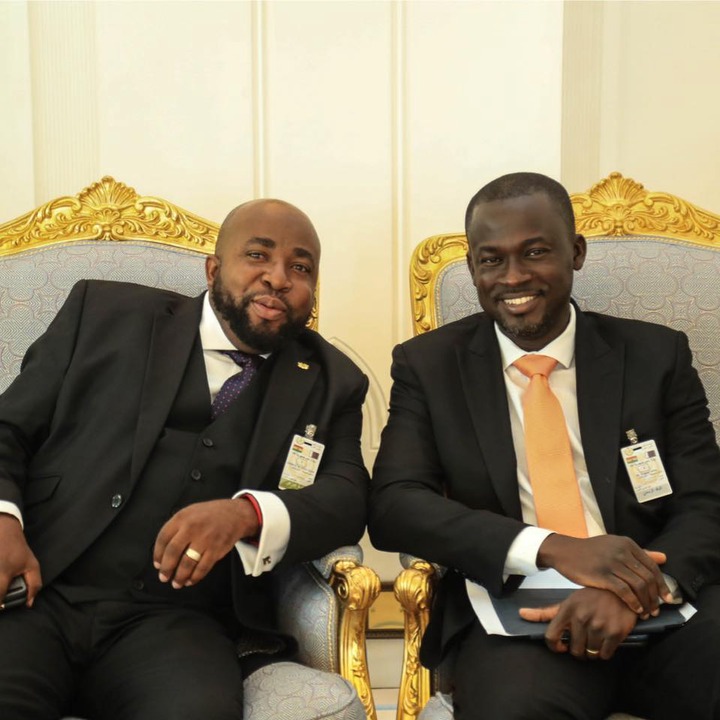 Charles Tagoe with colleague Eugene Arhin, both leading Directors at the Presidential Palace.

An interesting twist though, as

A presidential staffer, Charles Nii Teiko Tagoe sometime last year, recovered from the novel coronavirus and in a disclosure in his Facebook post on Saturday July 18, 2020, he had embarked on a good fight, against stigmatization, as he wrote that:

"A couple of weeks ago, I tested positive for the COVID 19 virus. By God's will and grace, I have survived and have fully recovered . It is unimaginable what one has to go through for the 14 days living with COVID.

I am sharing my journey with you with the hope that you will find it informative enough to help curb the spread. We have the power to slow and stop this virus. Whilst we are at it, let us say no to COVID stigmatization. If the virus did not end my and livelihood, the stigma from members of community should not . My name is Charles Nii Teiko Tagoe and I say NO to stigmatization. #SayNoToStigmatization, he wrote. 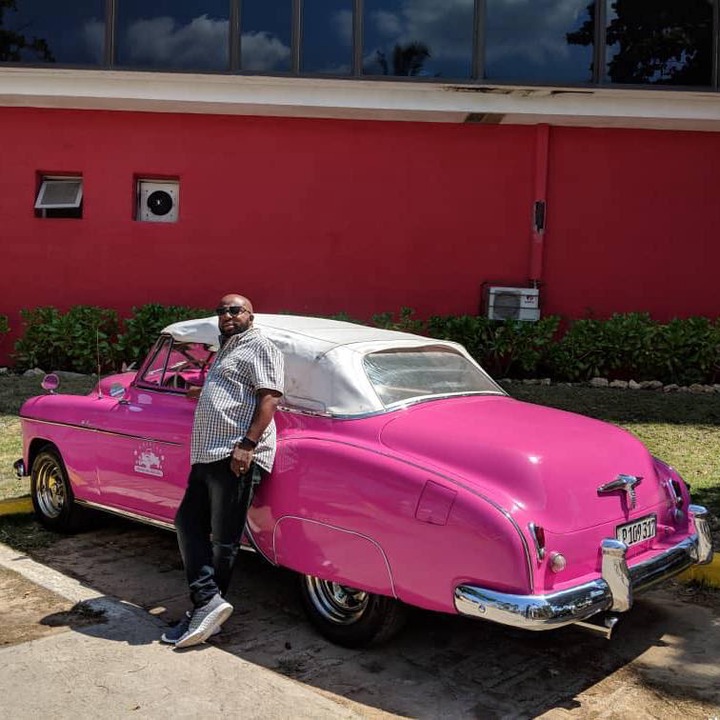 This caught on fine and many related with his Covid-19 related campaign. Well, fast forward to today, a special day set aside for Muslims around the country and world, as they celebrate Eid ul- adha, as this may be no where near the weight of his campaign, but this can best qualify, as a troll for all his Muslim friends.

In the sighted post, he cites an obvious reality though, which is, on such a day as this, the main dish well associated with the celebration is cooked rice and it largely comes with big meat from cow, sheep and goats, as he posted however that:

The post, obviously meant to be funny, had some of these huge commentaries following:

Afia Akoto wrote "The way our Muslim friends behave these days nu errrr. It even surprises the devil"

Hamdan Abubakari writes "The distance is the problem"

Yvonne Afua Sarpong writes "They won't give us la" 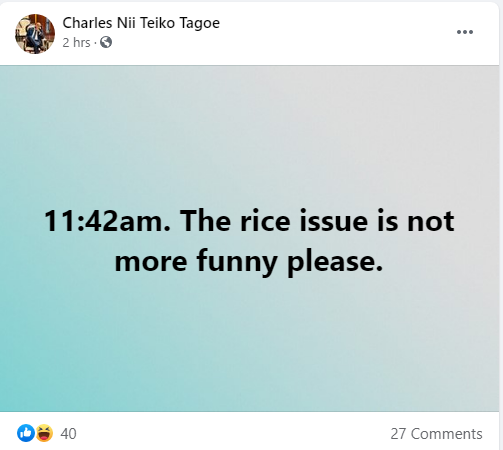 Charles Nii Teiko Tagoe replied "Akua Kyewaa And where is the meat?"

Braimah Suraju writes "I have just finish consuming mine"

In an earlier post however, he had wished all Muslims a "HAPPY EID UL- ADHA TO ALL MUSLIMS." 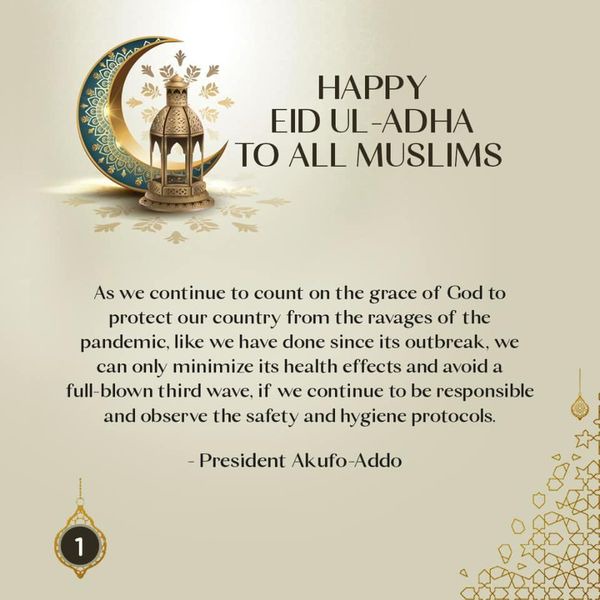 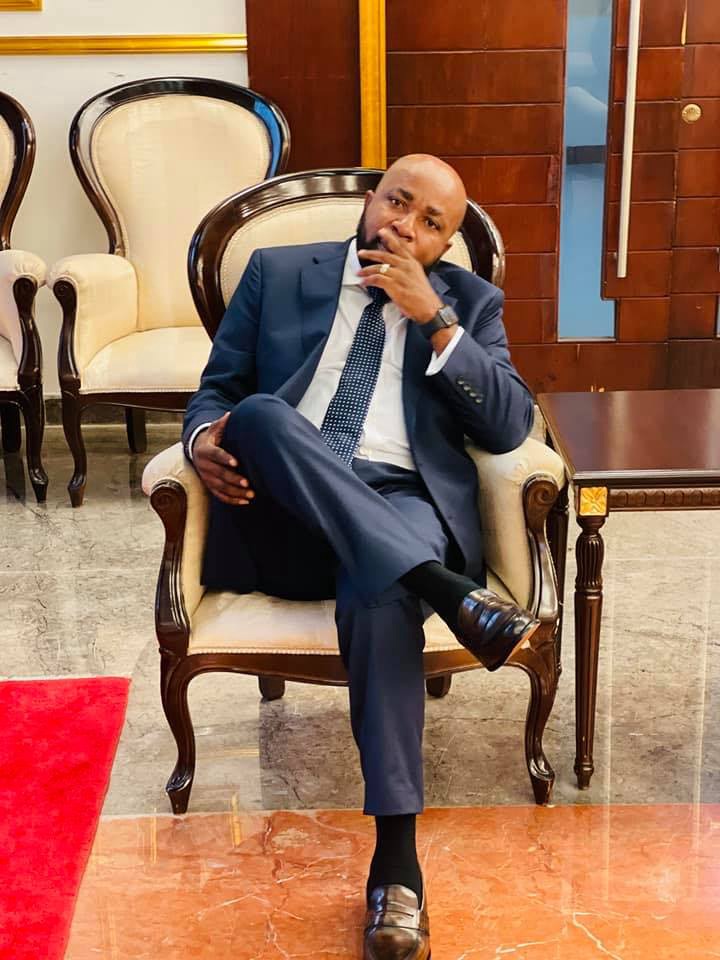 Charles Tagoe, has not been far from controversy in the past, in September 2017, he had alleged that controversial musician Kwame Asare Obeng, popularly known as A-Plus, was the original source of an audio recording on which, a voice said to be that of the Assistant Commissioner of Police (ACP), Mrs Maame Yaa Tiwaa Addo-Danquah is heard, asking A Plus to manage a situation she was supposed to investigate.

The viral audio portrays that, the police covered up corruption allegations for the two Deputy Chiefs of Staff, Messrs Francis Asenso-Boakye and Samuel Abu Jinapor, during the investigations.

The corruption allegations against the two Deputy Chiefs of Staff by A-Plus, had been revived following the leakage of the audio, said to be a telephone conversation between A-Plus and the senior police officer, who was involved in the investigations.

A Plus had however maintained that, he did not record, doctor or circulate the conversation and has even dared the police, to prove that he did. However, Mr Tagoe in a radio interview with Adom FM then, had said A-Plus sent him the audio recording, while he was with a presidential delegation at the 72nd session of the United Nations General Assembly in New York.

He said, he sought permission from A-Plus before forwarding the said audio to Sammy Awuku, and they both later pleaded with him [A-Plus], not to release the tape. Mr Tagoe had said, he was stunned when later A-Plus accused him of releasing the tape even after he pleaded that it should not be released.

He said later, when he confronted A-Plus about the issue, the musician said he was told by a friend that he [Tagoe] shared the audio on a WhatsApp platform. Mr Tagoe had therefore issued an ultimatum, to A-Plus to reveal the names of the person who accused him of leaking the tape and said, he pleaded with A-Plus not to release the tape not because he wanted to cover-up for his then bosses, deputy chiefs of staff, Mr Francis Asenso-Boakye and Mr Samuel Abu Jinapor, but felt it was an internal party issues.

Again in 2020, he was involved in another, when took a swipe at the Managing Director of Despite Media, Dr Fadda Dickson Narh regarding an apology letter he issued to the opposition National Democratic Congress (NDC) then.

He had said, Fadda Dickson lacks proper judgement in his decision to invite the opposition NDC back to the station and his comment, followed a letter issued by Management of Despite Media Group on September 23rd 2020 to the NDC, calling for a truce, on the party’s decision to boycott the station's flagship morning show Kokrokoo on Peace FM, over allegations of bias on the part of the host, Kwame Sefa Kayi.

This did not go down well with the Presidential Staffer who says "common sense has eluded Fada Dickson."